“Law-abiding citizens should not be required to prove they are in peril to receive the government's permission to exercise a constitutionally protected right," said Chris W. Cox, executive director of NRA's Institute for Legislative Action. "Twenty-three of America’s highest-ranking law enforcement officers have come together to support the constitutional right to self-defense because they understand that restricting the rights of law-abiding gun owners puts the good guys at risk and fails to impede criminal behavior."

The law at issue requires New Jersey residents to show a "justifiable need" or "good reason" when applying for a firearm permit. The overly restrictive and time-consuming process has resulted in the deaths of innocent people, most notably in the tragic murder of Carol Bowne.

Thirty-nine year old Carol Bowne of Berlin, New Jersey, was being stalked and threatened by an ex-boyfriend. Bowne applied for a firearm permit 43 days before her death. The permit was never issued and Bowne was brutally stabbed to death by the same ex-boyfriend in her own driveway.

Rogers v. Grewal is awaiting consideration from the Supreme Court. A copy of the brief can be viewed here. 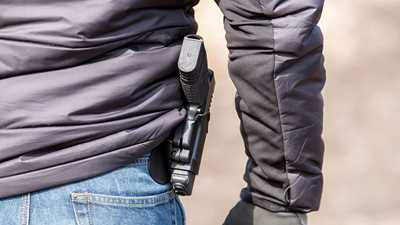