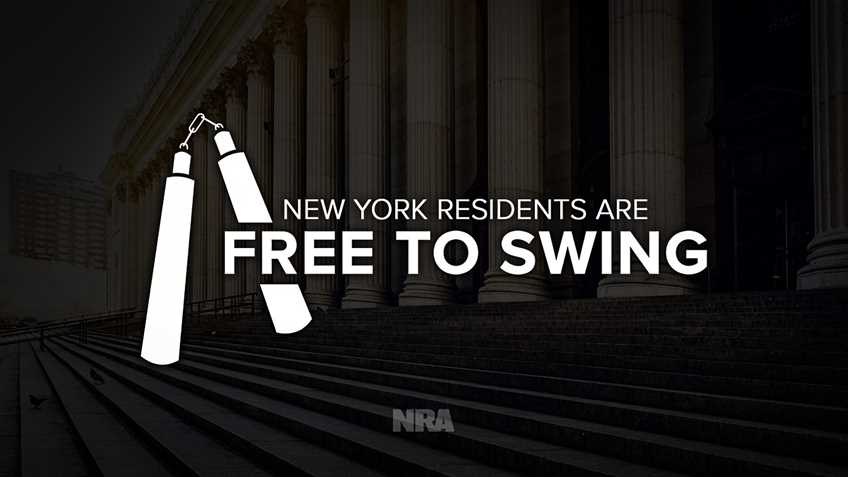 Residents of New York have long been deprived of important rights protected by the Second Amendment.

But they gained at least one more option for self-defense last Friday when a federal judge in Brooklyn invalidated the state’s 1974 ban on nunchucks, a martial arts weapon immortalized by the late Bruce Lee in a series of iconic films.

The ruling is the latest development in a case dating back to 2003.

That’s when New York attorney and college professor James Maloney first challenged the nunchuck ban as a violation of the Second Amendment right to keep and bear arms.

Initially unsuccessful, the case swung back to life with the Supreme Court’s landmark rulings in District of Columbia v. Heller and McDonald v. Chicago.

These cases confirmed that the Second Amendment protects an individual right grounded in the principle of self-defense.

In applying these precedents to nunchucks, Judged Pamela Chen noted that “[t]here is a rebuttable presumption that ‘the Second Amendment extends, prima facie, to all instruments that constitute bearable arms,’ not just to a small subset.”

She then used sales data produced at trial to determine that nunchucks are in common use among Americans and indeed are among the most popular of martial arts weapons.

Next, Judge Chen determined the state had not carried its burden of disproving that nunchucks are among the types of arms typically possessed by law-abiding citizens for lawful purposes.

In particular, she pointed to a lack of evidence that nunchucks have been associated with violent crime, while noting there is ample evidence they are commonly and legitimately used by martial artists.

That being so, Judge Chen invalidated New York’s nunchuck ban in its entirety, leaving residents of the Empire State again free to swing.

The case is Maloney v. Singas.