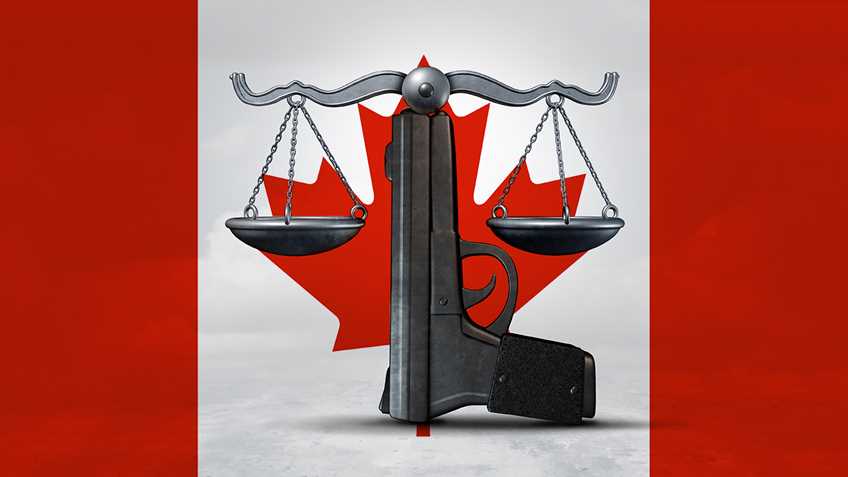 Speaking in Montreal this month on the anniversary of the 1989 Ecole Polytechnique tragedy, Canadian Prime Minister Justin Trudeau confirmed his government’s plans to further restrict legal access to handguns and “assault weapons” and refused to rule out a “full ban” on handguns.

One newspaper, citing an unnamed government official, states that “there are doubts that a ban will have the desired effect” – possibly because the existing law already contains a comprehensive ban on the possession of firearms without the necessary government licenses or authorizations. According to the government source, some of the options for additional restrictions include mandatory storage requirements that prohibit keeping such firearms at home, and expanded law enforcement powers to suspend licenses and criminalize gun owners.

A federal government “engagement paper” (Reducing Violent Crime: A Dialogue on Handguns and Assault Weapons), issued this fall by the Department of Public Safety and Emergency Preparedness, identified other problems. The term “assault weapon” has no definite meaning and “is not a legally defined term in Canada’s firearms legislation.” Using a very loose definition of “assault weapon” as any semiautomatic gun “with a large magazine of ammunition” that is “designed and configured for rapid fire” would sweep in currently non-restricted firearms owned and used by Canadians for lawful activities: “in the context of sport shooting activities, because they form a part of a collection, or for hunting.” The paper acknowledges that while “most gun crimes are not committed with legally-owned firearms” and that “the vast majority” of gun owners are law abiding, nonetheless, “[a]ny ban of handguns or assault weapons would primarily affect legal firearms owners” with only an indirect effect on “the illicit market.”

The possibility of these additional new measures comes as the federal gun control bill, C-71, inches closer to becoming law. On December 10, the bill received second reading in the Senate, on a 50-33 vote. Canada’s lawmakers took this opportunity to voice their concerns with – and opposition to – the bill.

Senator Donald Neil Plett, a Manitoba Conservative, in his 4,700-word refutation of the claims underlying Bill C-71, characterized the measure as a sham: it gives the illusion of combatting gang violence while failing utterly to address this “very real” problem, while “cast[ing] a shadow over gun owners, suggesting they are somehow culpable for the tragic losses experienced by others through gun crime.”

Canada’s violent crimes are not the product of its licensed gun owners: the “lion’s share of our gun crime problem is criminals killing criminals and using guns to do it.” Citing a recently-released Statistics Canada report, Homicide in Canada, 2017, Senator Plett observed that gang-related homicides represented a quarter of all homicides, with the gang-related homicide rate reaching the highest-ever recorded level since the agency began tracking this metric. Almost four out of five of these homicides were committed with a gun. Moreover, homicides had a significant common factor for both perpetrators and their victims: in 2017, two-thirds of adults accused of homicides, and more than half of the adult victims, had previous criminal records.

Senator Plett added that if this kind of gun control actually worked, one would expect that handguns – which have been subject to strict regulation and a registration requirement in Canada for decades – would be less commonly used in violent crime than long guns. The statistics, though, suggest otherwise: for violent crimes involving firearms, handguns are used more than three times as often as long guns.

He likened Bill C-71 to the Liberals’ previous “abysmal failure” of gun control, the now-defunct federal long-gun registry. Promised to be an effective crime-control measure that would cost a modest $2 million, the registry’s estimated costs had ballooned to over $2 billion by the time it was shut down, with no impact on crime. “Yet, here we are today, debating the same discredited approach that pretends that clamping down on lawful gun owners will somehow reduce crime and send gang members scurrying for cover. This is absurd.”

A senator from the Atlantic province of New Brunswick, Senator David Richards, also focused on the effect Bill C-71 would have on Canada’s gun community. Drawing on his own experience as a gun owner and hunter, he eloquently defended the law-abiding citizens “who will be beset by” this law, notably rural men – “the easiest targets to take to task in any spectacle against common sense.” The bill was simply “one more way to target those who don’t need to be targeted, [because] some have come to believe that guns are bad even in the hands of good and decent people” –“a profiling which, if done with any other group, would shame this chamber and rile the face of the nation.”

The proposed legislation, like the “hollow display of security” the existing gun laws represented, was based on “utter bureaucratic mendacity” that ignored the fact that most major gun crimes were committed in large cities by criminals using restricted, unregistered weapons and “who don’t know what a possession acquisition card looks like.” This crime problem “cannot and will not be solved by this solution.”

Lawmakers who are quick to demonize guns in seeking to address crime do not comprehend the many ways in which their bills fail to protect the public from violent criminals. “I know guns kill,” Senator Richards observed, “but it is the human heart that commands it, and no law or opinion has yet had a cure for that …I also know that having guns in the house saved lives during the 1980s when a serial killer was on the loose in my hometown. He never entered a house where young men lived and were able to protect their families. He picked on the defenceless and the elderly. A murderer will always find the means to murder. They always have.”

Bill C-71 has been referred to the Standing Senate Committee on National Security and Defence for review. One source indicates the bill is expected to pass into law by early spring of next year. 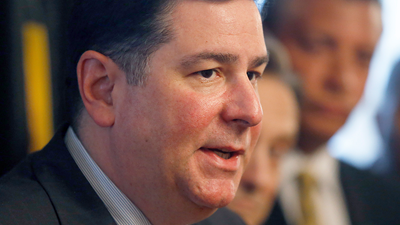