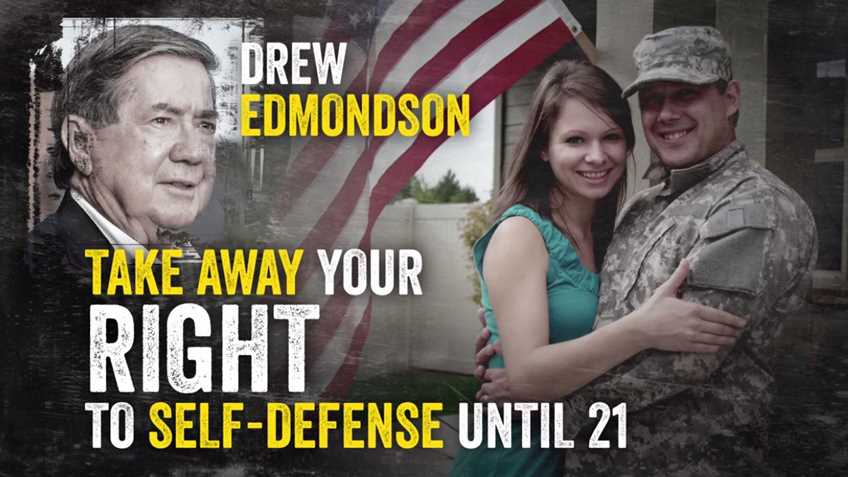 The ad features an adult woman under the age of 21 and her husband who is deployed with the Army overseas. Edmondson supports a gun ban that would prohibit her from exercising her constitutional right to self-defense leaving her defenseless and alone while her husband serves our country. This couple’s reality illustrates the real life impact Edmondson’s gun control agenda would have on Oklahomans.

Edmondson is a "D" rated candidate who wants to prohibit law-abiding adults under the age of 21 from possessing firearms for self-defense. He also opposes legislation that would give law-abiding Oklahomans greater freedom in choosing how to defend themselves and their families.

But what about their loved ones while they are away?

Drew Edmondson would take away her right to self-defense until she turns 21.

As governor, Edmondson would take away her right to choose the firearm she uses to protect her home.

Defend the freedom of all Oklahomans. Defeat Drew Edmondson.

Michael Bloomberg backs Phil Bredesen and voters should be appalled