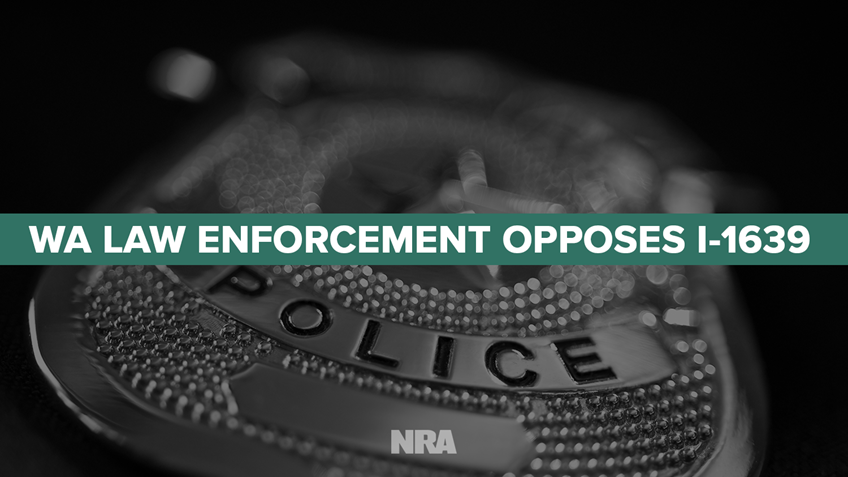 “The people of Washington deserve to know that the sheriffs and police officers throughout the Evergreen State believe that Initiative 1639 is an attack on every law-abiding citizen’s constitutional rights,” said Keely Hopkins, NRA Washington state director. "After learning that Washington’s premier law enforcement associations oppose this initiative, we hope the Washington voters will finally realize that 1639 is nothing more than a feel good measure that will have zero impact on crime."

After failing to find support in the Washington state legislature, Michael Bloomberg’s front group, the Alliance for Gun Responsibility, filed a poorly drafted 30-page ballot initiative that strips lawful gun owners of their constitutional rights. Initiative 1639 classifies ordinary, recreational firearms in common use as "assault weapons," mandates the collection of personal data from all gun owners, and allows the government to authorize the surrender and confiscation of firearms as part of a verification process - all without doing anything to meaningfully address violent crime.

Voting in Washington begins on Oct. 19. Go to Initiative1639.org for additional information.