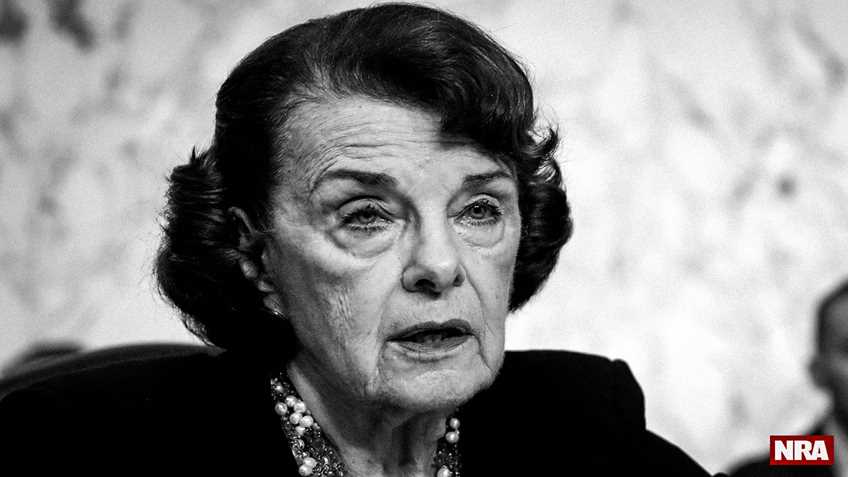 This week the nation was subjected to an embarrassing and undignified spectacle of obstructionist partisan politics surrounding the confirmation hearings of Judge Brett M. Kavanaugh for the U.S. Supreme Court. The Democrat caucus, understanding that Judge Kavanaugh is an eminently qualified jurist with an upstanding reputation and that the votes likely exist to confirm him, abandoned the norms of the Senate and of civility and resorted to childish and temperamental theatrics. This included talking out of order and over their colleagues, including Judiciary Committee Chairman Chuck Grassley; encouraging disruptive and illegal protests in the gallery; and holding up large posters to distract the Judge as he answered committee members’ questions.

But while such demonstrations are merely obnoxious and juvenile, the more serious affront arose from committee members who were either too ignorant or too dishonest to accurately articulate the law and the facts in their exchanges with Judge Kavanaugh. Case in point: arch anti-gun Senator Dianne Feinstein, who grossly exaggerated the criminal use of semi-automatic rifles and mischaracterized the Supreme Court’s Second Amendment precedent to attack the nominee for failing to embrace her political position on gun control.

The exchange came on day two of the proceedings, with Democrats becoming increasingly frustrated at their inability to ruffle Judge Kavanaugh or mount any effective resistance to his confirmation.

Senator Feinstein began by reminding the audience that her office wrote the federal “assault weapon” ban that was in effect from 1994 to 2004. It’s notable that her first misstatement of law concerned her own legislation. According to her, the law “essentially prohibited the transfer, sale, and manufacture of assault weapons. It did not at the time affect possession.”

That is plainly untrue. The law did, in fact, ban possession of the controlled firearms (see page 201 of this link). The law did not apply to firearms that had been lawfully obtained before the law’s effective date, but that clause operated as an “affirmative defense” that put the burden on the accused of raising the issue at trial. Simply put, anyone found in possession of a firearm described in the Act was presumptively in violation of the law and susceptible to federal felony penalties.

To her credit. Senator Feinstein at least hedged her next false statement by couching it as a “belief,” rather than outright assertion of fact. “I happen to believe that [the federal “assault weapon” ban] did work and that it was important,” she said.

Unfortunately for her, there is no credible evidence to this effect. Two government funded studies of the law’s effects in fact found it had no measurable impact on violent crime. More recently, a survey of gun control laws by the Rand Corporation found that the only perceptible effect of assault weapons bans generally is perhaps a short-term increase in the price of assault weapons; that in itself does not establish any beneficial crime reduction effect, however.

Feinstein next took issue with a dissent that Judge Kavanaugh had written in a case that upheld a D.C. “assault weapon” ban similar to the expired federal law. Specifically, she chided him for finding the firearms were “in common use” and therefore protected under the Supreme Court’s Second Amendment precedent. “Assault weapons are not in common use,” Feinstein said.

Not only is that assertion not true, it’s the opposite of the truth. The types of firearms covered by both Feinstein’s now expired legislation and the current D.C. ban include the most popular rifles in modern America, including the iconic AR-15. According to figures compiled by the National Shooting Sports Foundation for litigation launched in 2013, nearly 4.8 million AR platform rifles were manufactured in the U.S. between 1990 and 2012, and more than 3.4 million AR and AK platform rifles were imported during that timeframe. The number of AR-15s manufactured in 2012 was double the number of Ford F-150 pick-up trucks sold– the most commonly sold vehicle in the U.S. Approximately 5 million people in the U.S. own at least one modern semiautomatic rifle that would be covered by the Feinstein/D.C. bans and such rifles make up 20.3% of all retail firearms sales and are sold by 92.5% of retail firearm dealers. Even media outlets that support “assault weapon” bans acknowledge that the firearm those bans most specifically target – the AR-15 – is “America’s rifle.” And the popularity of the AR-15 actually increased after NSSF compiled these figures, likely to the tune of millions of new owners.

Meanwhile, rifles of any type – whether or not they would be included in the Feinstein/D.C. “assault weapon” bans – are used far less often in murders than handguns, which overwhelmingly remain the gun of choice for violent criminals. In fact, they are used far less often, according to FBI statistics, than “personal weapons” like “hands, fists, and feet.”

Yet even though AR-15s and the like are by all accounts America’s most popular rifle, Dianne Feinstein insisted during the hearing that numbers alone do not determine “common use.” “Common use is an activity,” she said. “It’s not common storage or possession, it’s use. So what you said is these weapons are commonly used. They’re not.”

This ridiculous hairsplitting is, of course, contrary to both common sense and English usage. Common items are routinely said to be “in use” for a purpose whether or not that involves active manipulation of the item at any given time. Police “use” firearms to keep the peace, even when they’re not pointing or firing them at criminal suspects. Schools “use” fire extinguishers as part of a general safety plan, whether or not someone is actively putting out a fire with them.  Drivers “use” seatbelts to safeguard against injuries, even when they’re not actually colliding with other vehicles or objects. And AR-15s and similar firearms are “used” by Americans to protect their homes and loved ones, even when they are providing a deterrent and not actually being actively employed.

As Judge Kavanaugh very patiently explained, the prevalence of so-called “assault weapons” in millions of American homes establishes they are in “common use.” He went on to detail how that phrase was used by the Supreme Court to distinguish Second Amendment protected arms from the sorts of “dangerous and unusual weapons” that are beyond the Amendment’s scope (see p. 55 of this link). A firearm owned by many millions of Americans may be potentially “dangerous,” he noted, but it is in no way “unusual” and therefore cannot be said, under the letter of the Supreme Court’s prior Second Amendment cases, to be unprotected by that provision.

Responding to Judge Kavanaugh’s own profession of concern about firearm-related crime, Feinstein then asked him, “How do you reconcile what you just said with the hundreds of school shootings using assault weapons that have taken place in recent history? How do you reconcile that?”

Feinstein’s question (which was actually more of an accusation that Judge Kavanaugh is oblivious to the toll of firearm-related crime) was again based on a false premise. There have not been “hundreds and hundreds of school shootings” in recent history, much less hundreds using “assault weapons.” Even National Public Radio has acknowledged that the number of school shootings has been vastly overstated, including in figures published by the U.S. government. And not only are AR-15 and other supposed “assault weapons” rarely used by common criminals, they are not even the first choice of mass shooters, having been used far less often than handguns.

Judge Kavanaugh has repeatedly said during this week’s hearings that he considers himself bound by Supreme Court precedent as an appellate judge, whether he likes it or not. So it’s perfectly consistent that he could be horrified by firearm-related crime but still recognize that lawmakers have to find ways to address it other than trampling on the Second Amendment rights of law-abiding Americans. Justice Scalia said as much when he wrote the Heller opinion, acknowledging the problem of handgun-related crime but asserting the Constitution takes certain policy choices – like banning the firearms Americans overwhelmingly choose for their own defense – “off the table.” That doesn’t show a lack of empathy but a commitment to the rule of law.

Fortunately, the Democrats’ unseemly theatrics and shaky claims have merely provided an even sharper contrast for Judge Kavanaugh’s own dedication to and mastery of the law, as well as his intellect and composure. There has been very little in the proceedings that will burnish the reputation of the Senate’s minority party. But Americans can at least take heart that President Trump is working diligently to preserve the competence, effectiveness, and integrity of the federal judiciary and of the U.S. Supreme Court in particular.