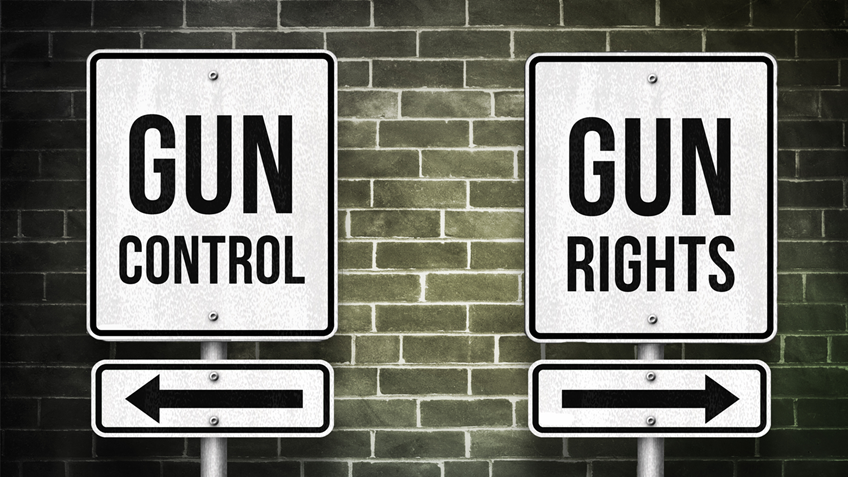 It’s sometimes said that insanity can be defined as doing the same thing over and over again and expecting different results. If that’s true, it doesn’t speak well of gun control advocates’ mental health, insofar as they repeat the same ritual after every high-profile firearm-related crime, with little or no lasting impact on public opinion or national policy. Their standard procedure is: immediately misreport basic facts of the incident; unleash the indignation of antigun politicians and celebrities on social media; condemn the NRA and anyone else who offers thoughts and prayers while awaiting reliable information; demand the same types of gun controls that failed to prevent the incident; insist that the gun debate has reached a turning point; and abruptly stop talking about the incident when emotions cool and facts emerge that show how existing gun controls failed.

The defining tactic in this whole chain of events is to seize and define the narrative in the immediate aftermath of the event before anybody actually knows what happened.

The website Vox.com, however, took this tendency to new depths by using a double-murder/suicide that took place at a video game competition in Jacksonville, Florida, to re-run nearly word-for-word an article the outlet had published in May after a firearm-related crime in Sante Fe, Texas. In both cases, the author used his limited propaganda window to express opinions that gun control advocates usually shun in the calm, cold light of reasoned debate. “What America likely needs,” he wrote, “is something … like Australia’s mandatory buyback program — essentially, a gun confiscation scheme — paired with a serious ban on specific firearms (including, potentially, all semiautomatic weapons).”

Yet if it’s crazy for gun control advocates to expect different results from doing the same thing, it’s equally crazy for Second Amendment supporters to ignore what the opposition says when they believe they have the leeway to really speak their mind. Simply put, when someone tells you he wants to take your guns, the only safe bet is to take him at his word.

This is the reality of the gun control agenda: its adherents see guns as the problem and the absence of guns as the solution. Everything they do is geared toward the goal of reducing and eventually eliminating civilian firearm ownership. The only variable is the speed at which they’re willing to accomplish this objective. Sometimes they’re willing to do it by attrition, with an eye toward the gradual tapering off of new gun owners. But the temptation to extol mass firearm confiscation is one many simply cannot resist when their outrage is in full bloom.

To be fair, the Vox author admitted that his plan is not viable in the short term and that “[p]art of the holdup is the Second Amendment.” He was quick to endorse whatever “milder” gun control the U.S. will tolerate in the meantime, while it works up the will “to take the action it really needs.”

But again, let’s not kid ourselves about what this “milder” gun control really accomplishes.

It’s certainly not public safety, a fact illustrated by the Jacksonville incident itself. According to media accounts, the alleged perpetrator bought the pistol he used in his crime in Maryland, which has one of the nation’s strictest gun control regimes. He then reportedly used that pistol to commit a multiple-murder/suicide in a state known for a more lenient approach to gun control. The scene of the crime was also a gun-free zone. And while the media is indulging in its usual obsession about what “should have” stopped him from buying gun, the alleged perpetrator cleared every “evidence-based polic[y]” the Vox author suggested might at least lead to “reduced injuries and deaths.” This includes Maryland’s licensing and background check requirements, its expansive mental health disqualifiers for firearm ownership, and even its “assault weapons” and “large capacity” magazine bans.

This was “state of the art” gun control in 2013. It was Maryland’s “solution” to “preventing” something like what happened the year before in Newtown, Connecticut.

And now that it has failed so publicly, the Maryland legislature is said to be considering – you guessed it – even more restrictive gun control.

Because, ultimately, the only thing that gun control accomplishes is conditioning the public to accept ever more gun control under the false premise that we’re somehow just a few laws short of overcoming the problem of human evil.

Come to think of it, that’s a pretty good definition of insanity, as well.

The Common Denominator
These 12 Incidents of Defensive Gun Use Prove Armed Civilians Make Situations Safer
Florida Alert! It's Comical That Some Folks Don't Even Know What They Don't Know