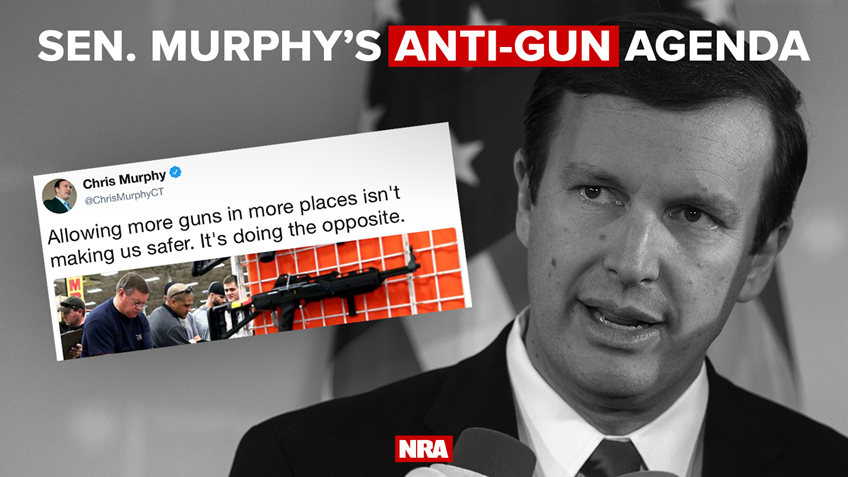 Senator Chris Murphy of Connecticut recently linked to a news article about a CDC report on homicides, claiming that “allowing more guns in more places isn’t making us safer. It’s doing the opposite.” 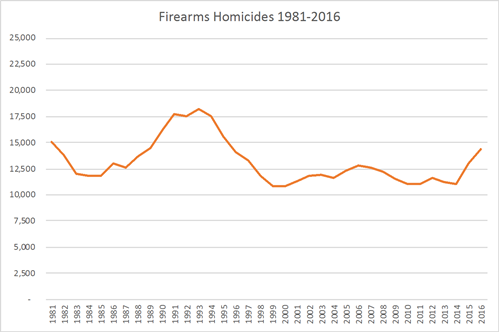 That’s a curious conclusion to draw from a simple trend line. The CDC report includes no statistical analysis of the data; they make no attempt to analyze the number of homicides beyond the raw numbers. They do not attempt to identify or attribute causation. Senator Murphy, on the other hand, has provided his own imaginative interpretation. He doesn’t appear to be using any actual data but rather using broad strokes and his own perception – guided by his anti-gun beliefs – to baselessly attribute causation.

The CDC report only went back as far as 2010. Extending the window back to the early 1980s shows a different picture.

Now consider that the number of states with shall-issue concealed carry permit rules – what we believe Senator Murphy means when he tweeted, “more guns allowed in more places” -  has only increased since the early 1980s. The peak year of firearms-related homicides in this time period was 1993; that year, 14 states issued no concealed carry licenses, 19 were may-issue states, 18 were shall-issue, and Vermont was, as always, unrestricted. The year with the fewest homicides by firearm since 1981 was 2000; there were 30 shall issue states by that point (down to 7 no-issue states and 12 may-issue states). Today, every state issues concealed carry licenses and 42 states are either shall-issue or permitless carry states.  That doesn’t seem like much of a connection. The correlation coefficient between the number of shall issue or permitless carry states and the total number of annual firearms-related homicides is both negative and weak (-0.44) but it doesn’t identify causation.

If he is intent on using dubious claims to advance public policy goals, Senator Murphy may want to look at banning ice cream consumption to reduce shark attacks. Ice cream consumption per month and shark attacks per month are strongly correlated. You may think that may have something to do with ice cream and swimming both provide respite on hot summer days, but…it’s correlated! As is per capita cheese consumption and fatal bedsheet entanglements. Maybe Senator Murphy is interested in reducing U.S. highway fatalities. If so, he should work to increase Mexican lemon imports.

While we suspect that Senator Murphy will continue on his current course, we do hope that he and his allies in the gun control caucus will stop trying to blame law-abiding gun owners for the actions of criminals.