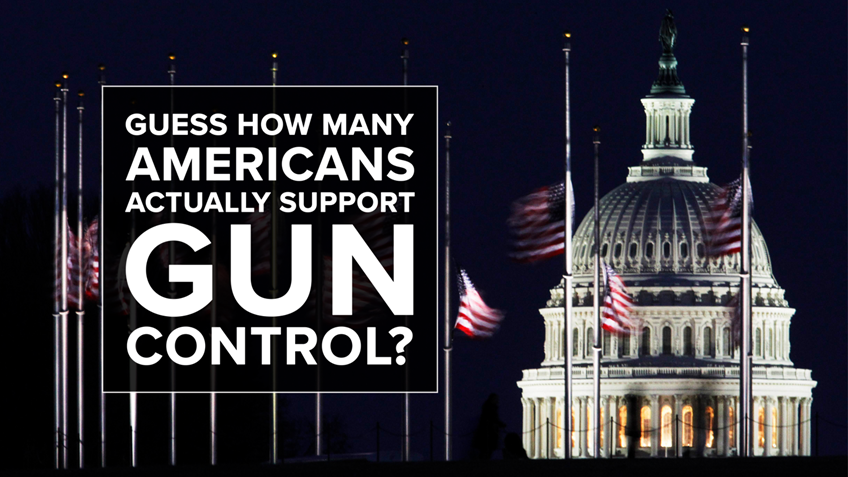 Guns aren’t mentioned at all in the Gallup article on the July survey – not even in the section about “Americans’ Views of the Top Problem Facing the U.S.” Perhaps even more tellingly, it was not one of the top five most important problems cited by Democrats. You’ll only find the data on guns/gun control if download the full trend file and turn to the last page.

After Parkland, we were told that “[t]he gun control movement has reached a tipping point” and that “[t]his time it’s different.”

But the real difference might simply have been the intensity with which the agenda-driven media pursued the issue when they believed there was an opportunity to generate momentum behind it.

The fortunate truth is that Parkland-type incidents remain extremely rare. And as time passes, details emerge that refute the false idea that gun control could stop the few that actually do occur.  In the case of Parkland, these included details on the missteps of local law enforcement and the FBI and missed opportunities for early intervention and even for response at the scene.

However many Americans see guns and a perceived lack of gun control as problem facing the country, few consider it the most important. Economic issues, immigration, government, healthcare, and the political environment all rate higher, as well they should.

The rarity of such events makes the ones that do occur seem that much more awful. It is understandable the nation becomes riveted for a time. But knee jerk reactions promote neither safety nor good policy. And to their credit, Americans increasingly understand this as cooler heads prevail.

Trump promised to remake the courts. He’s installing judges at a record pace