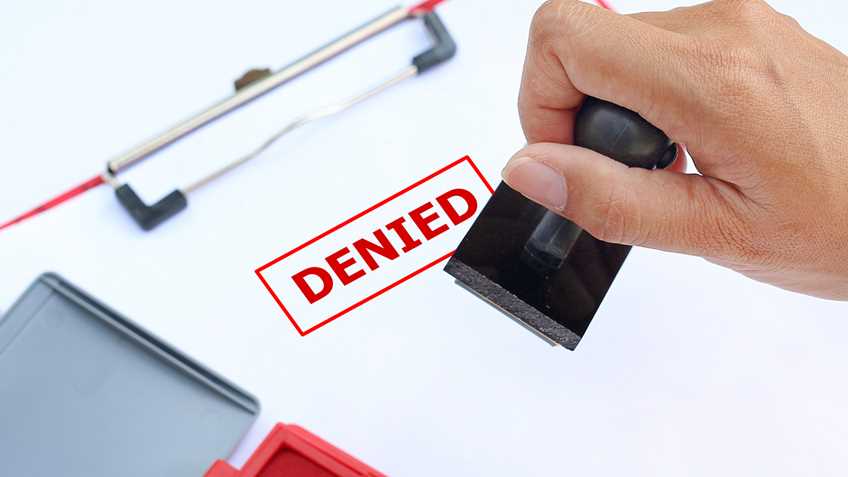 A common theme among anti-gun extremists is what we often refer to as the “Goldilocks” approach to limiting access to firearms by law-abiding citizens.  Rather than admit that the ultimate goal is to disarm all Americans, those opposed to the Second Amendment create fictional arguments about why certain types of firearms, ammunition, or even accessories should be eliminated.

In the 70s, the goal was to ban handguns.  Since they could be carried concealed for personal protection, they were seen as being “too small.”  That argument fell out of fashion as more and more states passed Right-to-Carry laws that recognized the right to personal protection.

One subset of the anti-handgun hysteria included inexpensive handguns (so-called “Saturday Night Specials”), which were deemed “too cheap.”  When NRA and others pointed out this was an obvious attempt to disarm lower income citizens (who are often at higher risk to being victims of violent crime), the term “Saturday Night Special” faded from the gun-ban lexicon.

Another subset of the attack on handguns came with the introduction of Glocks, and other handguns that used polymers as part of their construction.  These were falsely claimed to be able to pass through metal detectors and x-ray machines undetected, and, thus, “too invisible” to be screened where firearm are prohibited (think airports).  Of course, this canard was quickly dispelled.

Ammunition has been attacked as “too lethal,” “too untraceable,” “too bad for the environment (lead),” “too inexpensive (so tax it),” and any number of other “toos.”

Rifles have been called “too powerful,” “too modifiable,” “too accurate,” “too similar to actual military arms,” and the list goes on.

Boiled down to its essence, after wading through myriad “too this” and “too that” arguments, the just-right “Goldilocks” of guns would likely be a break action .22 rifle, although finding acceptable lead-free ammunition might be a bit difficult.  But anti-gun extremists can still claim they don’t want to ban “all” guns.

The latest approach to “Goldilocks-style Gun Control,” though, seems to be focusing less on what you can own, and focusing more on who can own firearms.  And we don’t mean people with criminal records.

After the horrific tragedy that took place in Parkland, Florida, this year, age became the new battle cry for those seeking to limit gun ownership.  Rather than focusing on the obvious failures at various levels of government to identify the copious warning signs exhibited by the alleged perpetrator, extremists decided to focus on the fact that law-abiding citizens are able to exercise their rights protected under the Second Amendment when they reach the age of 18.  Although responsible young adults regularly leave home, join the military, get married, and begin voting at this age, the anti-gun community has decided this age is too young for one to exercise the right of gun ownership.

Eighteen-year-olds have not been prohibited from purchasing and possessing rifles and shotguns at the federal level, and in the vast majority of states, since the founding of our country.  Nonetheless, because of the violent acts of one individual, we have seen an onslaught of legislation throughout the country that seeks to raise the minimum age to purchase and/or possess rifles and shotguns from 18 to 21.  Because common sense has taken a back seat to raw emotionalism in today’s gun control debate, some of these efforts have seen success.

But being deemed “too young” to own firearms isn’t the only threat to face the pro-Second Amendment community.  There may be a new approach beginning to form.  You might soon be deemed “too old.”

An article by JoNel Aleccia and Melissa Bailey, published by Kaiser Health News (KHN) and PBS NewsHour, has begun making the rounds with a number of media outlets, such as CNN, and it discusses the issue of gun owners who may be suffering from dementia.  Sort of.

Dementia can be a devastating disorder.  It is a category of diseases, including Alzheimer’s, that affects the brain, and its impact on individuals varies widely.  Mild forms can lead to simple cognitive declines, such as slight memory loss, that are little different than one would experience during the normal aging process.  More severe and advanced cases of dementia, on the other hand, can lead to dramatic changes in those afflicted that would require professional health care, and perhaps even commitment to a dedicate healthcare facility.

Of course, discussing the problem of dementia is a conversation worthy of having.  Unfortunately, the KHN/PBS article is riddled with language that sounds like it came straight from one of the gun-ban groups being funded by anti-gun billionaire Michael Bloomberg.  We can only presume it is likely to be used to promote anti-gun policies that focus on prohibition, and ignore reason and constitutional considerations.

The tone of the article (a lengthy one) is set early, when it inaccurately describes our nation with the all-too-commonly heard inflammatory claim that, today, “America copes with an epidemic of gun violence….”  In fact, America’s murder rate has fallen to a near all-time low.  If anything, we have been doing remarkably well since the violent crime peak in the early 90s, with violent crime and murder rates decreasing by about half.

But repeating anti-gun rhetoric is just the start.

Aleccia and Bailey go on to refer to an analysis of Washington state survey data that claims approximately 54,000 residents who are 65 and older have “some cognitive decline” as well as a firearm in the home.  Is this really important to note?  No, because two key facts are ignored.

First, cognitive decline is common among the elderly, and can manifest itself as simply slight memory loss.  It does not mean dementia is present.  In fact, the epidemiologist who analyzed the survey data even “cautions that the answers are self-reported and that people who’ve actually been diagnosed with dementia likely are unable to respond to the survey.”  So now, rather than dementia being the concern, it’s simply old age.

Second, the story refers to these people (again, likely just elderly folks with no known mental disorder) having “access to weapons,” as if that is a concern.  However, they may not even have access.  The survey apparently asked if there was a firearm in the home.  The person surveyed could very well be living in a home that has firearms in it, but not have access to the firearm.  A son or daughter who takes in a parent, for example, could be the person who owns the firearm in the home, and may not allow others access to it.

The authors also seem to lament, “Only five states have laws allowing families to petition a court to temporarily seize weapons from people who exhibit dangerous behavior.”  These are the so-called “red flag” or “extreme risk protection order” laws that are being promoted nationwide.  They generally lack sufficient due process protections necessary for deprivation of a constitutional right and are often rife for abuse.

Furthermore, dementia is not a “temporary” disease.  It has no cure.  If an individual is exhibiting “dangerous behavior,” it is, in all likelihood, going to continue, and probably increase.  All states have a process to seek to have someone’s competency adjudicated or be involuntarily committed, which could result in a more permanent firearm prohibition. And, these laws generally protect due process by allowing individuals to put on their own defense and challenge the allegation before having their rights infringed by the state.

To make matters worse, Aleccia and Bailey also spoke with long-time anti-gun researcher Garen Wintemute, as part of their parroting of the false argument that NRA has stopped “public health research into the effects of gun violence.”  Wintemute is the director of the anti-gun University of California Firearm Violence Research Center, so it is clear that there is research going on.

Ultimately, while the subject of treatment for dementia patients is a very serious issue that deserves more scientific inquiry, using such a terrible disease as a pretext to preemptively disarm elderly Americans is unacceptable.  As we have said many times before, NRA supports any reasonable steps to fix America’s broken mental health system. But if the debate is going to move towards one more Goldilocks argument suggesting that just getting “too old” is reason enough to confiscate firearms, as this article might suggest, then that is a debate we will not bear. 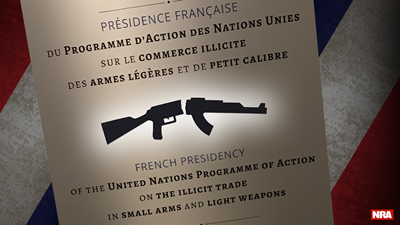