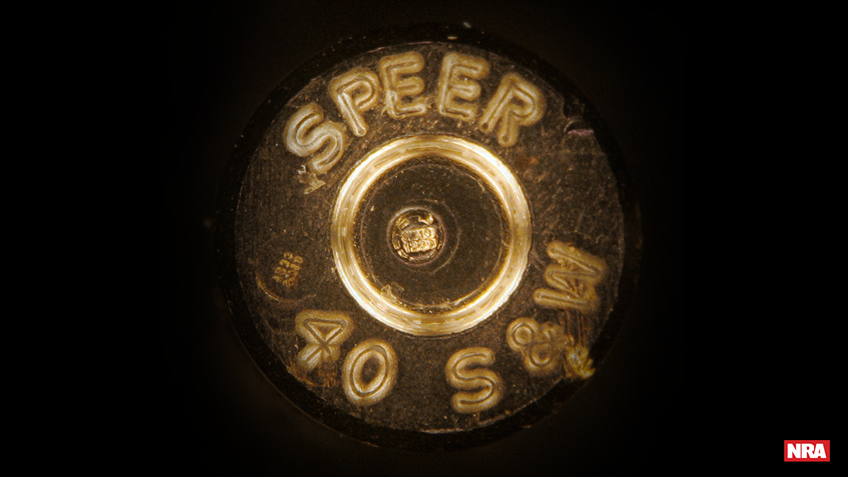 It is not surprising that gun control activists who harp endlessly about “common sense” gun restrictions and the need for ever more legislative reforms (here, here and here, for example) aren’t particularly interested in whether the various bans and other restrictions actually qualify as “common sense” or effective, so long as the end result is fewer guns. A decade after the Heller case was decided, though, many of our nation’s courts exhibit much the same mindset.

In 2007, the California legislature approved a law, enacted as Cal. Penal Code § 31910 (b)(7)(A), on “unsafe handguns.” New models of semiautomatic handguns could not be sold unless the gun was equipped with “microstamping” technology that allowed the make, model, and serial number of the pistol to be imprinted in “two or more places” internally so that, theoretically, this information would imprinted on each cartridge case when the gun was fired. (The bill was amended to add the “two or more” requirement after it was pointed out that a single microstamp on the firing pin could be easily defeated by defacing or replacing the firing pin).  Any semiautomatic handgun without this “dual placement microstamping” capability not already on the state roster of handguns was automatically an “unsafe handgun,” which exposed manufacturers, importers, and dealers to criminal prosecution and imprisonment.

The law became effective as soon as the California Department of Justice certified that the technology used to create the imprint was available. When this certification occurred in 2013, the State clarified that the certification confirmed only “the lack of any patent restrictions on the imprinting technology, not the availability of the technology itself.”  In layman’s terms, the state was saying that nothing was stopping someone from developing the technology, so it was “available,” even though it wasn’t.

Once the California law took effect, Smith & Wesson, Ruger and other manufacturers opted to stop selling new models of handguns in the state. Referring to the law’s “so-called technology,” a Smith & Wesson press release confirmed that the company would not include microstamping in its firearms because “a number of studies have indicated that microstamping is unreliable, serves no safety purpose, is cost prohibitive and, most importantly, is not proven to aid in preventing or solving crimes.”

In addition, the National Shooting Sports Foundation (NSSF) and the Sporting Arms and Ammunition Manufacturers Institute (SAAMI) filed a lawsuit seeking to have the provision invalidated and to enjoin enforcement of the law. Compliance with the law’s “dual placement microstamping” requirement was practically and legally “impossible” because no semiautomatic pistol could be designed and equipped as required by the 2007 law; microstamping the required characters on any part of a semiautomatic pistol other than the firing pin wasn’t possible. In support of their claim, they cited an existing provision of California law, Civil Code section 3531, which states “[t]he law never requires impossibilities.”

Last year, California’s Court of Appeal rejected the State’s argument that stamping the characters in two places on the firing pin would comply with the statute. It directed that the plaintiffs could present evidence of impossibility of compliance and that the court could use Civil Code section 3531 to invalidate the 2007 law if compliance was shown to be impossible.

Last week, however, a unanimous panel of the California Supreme Court reversed that ruling. Considering only the question of whether the 2007 law could be invalidated on the basis of Civil Code section 3531’s declaration that “[t]he law never requires impossibilities,” the court determined that impossibility “did not authorize a court to go beyond interpreting the statute and simply invalidate it altogether.” Section 3531 could be used to support an interpretation of the law which would excuse compliance, case by case, based on impossibility, but it could not be used to declare the law itself to be void.

The majority of the court went further, though, and eliminated the possibility that its own rule could be applied to make the law inoperative in this or any other case: “Neither the text nor the purpose of the Act contemplates that a showing of impossibility can excuse compliance with the statutory requirement once the statute goes into effect,” adding that Section 3531 did “not authorize courts to independently carve out exceptions for impossibility” once the certification had been made.

Out of the seven judges on the panel, only one spotted the inherent irrationality of this conclusion. In his separate opinion, Justice Chin points out that the implication of the majority opinion was to “expressly prohibit any court from construing [the 2007 law] narrowly so as to ‘excuse compliance’ or recognize ‘exceptions’ based on impossibility.” This aspect of the majority opinion, he found, not only lacked “a sound basis in law” but was “not grounded in fact.”

In Chin’s view, the Court’s ruling appeared to rest on the 2013 certification, a certification that by its own terms dealt exclusively with patent restrictions and “had absolutely nothing to do with adjudicating the question of impossibility-based exceptions” to the law. Accordingly, the implied basis of the majority’s decision – that the Department of Justice was somehow responsible for deciding the question of impossibility-based exceptions to the law, to the exclusion of the courts – was mistaken. “The Department of Justice did not have authority to adjudicate that question, and it did not do so.” The upshot is not only that compliance with the mandated technology is not possible, but that future litigants are precluded from even arguing that compliance is impossible.

The evidence on microstamping suggests that this law, like previous “gun fingerprinting” laws, is destined for oblivion. The Maryland Integrated Ballistics Identification System (MD-IBIS) program was disbanded and the authorizing legislation repealed in 2015. The Maryland law required firearm manufacturers to test-fire every gun and have the spent bullet casing specially packaged and submitted to state authorities, allowing the state to create a database of “ballistic fingerprints” that could be used to link firearms with gun crimes. Fifteen years and a mountain of shell casings later, not a single crime had been solved through use of the database. At the time this “common sense” program was discontinued, a state lawmaker indicated that “[i]f there was any evidence whatsoever – any evidence – that this was helpful in solving crimes, we wouldn’t have touched it,” but the “police came in and said it was useless. No one contradicted that.” New York State’s Combined Ballistics Identification System (CoBIS) program, costing taxpayers upwards of a million dollars a year, was terminated because the statewide database didn’t “solve crimes or make our streets safe.”

A brief filed by gun control activists in the California litigation admits that “ballistic fingerprinting” databases in New York, Maryland, and Washington, D.C. were a total bust (“impractical, expensive, and ultimately ineffective”), but claims the impossibility argument is unfounded and that microstamping is a viable technology. Manufacturers can comply with the law by simply selling the “gun models currently for sale and not introducing new models in California.” In the meantime, taxpayers in California have to take it on faith that “microstamping laws will enhance the benefits to public safety that they already promise to provide.”

Of course, this “leap forward” in technology won’t include guns that aren’t handguns or don’t eject spent cartridges (or where the shooter is careful to collect the cartridges); likewise, it doesn’t apply to guns that predate the microstamping law, are on the state handgun roster, or are brought into the state from another jurisdiction. The gun control activists have a solution for that, too. Microstamping “legislation naturally will work even better if firearms equipped with this technology are sold in the other forty-nine states.” They claim others “are likely to follow California’s example” as soon as “litigation efforts to undermine it are resolved.”