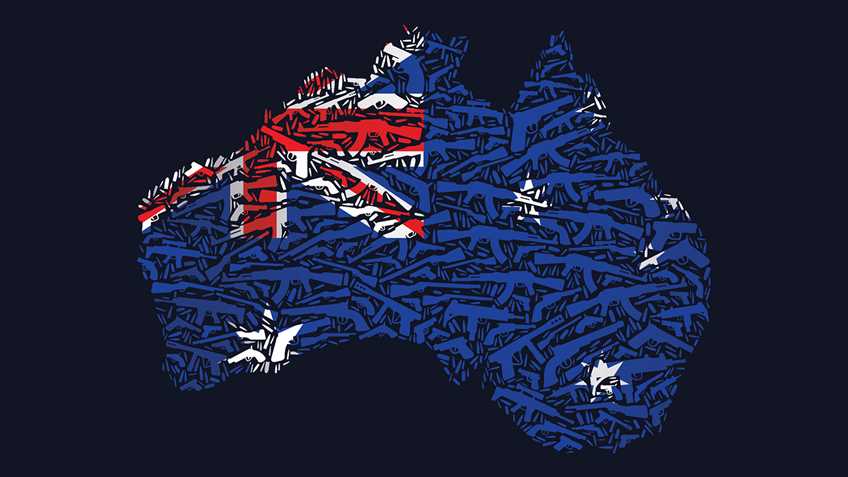 Further proof that appeasing gun control advocates never works came from Australia this month. Illustrating Australia’s treatment of the right to keep and bear arms as a mere privilege, the West Australia government has demanded that some gun licensees justify their need to own certain types of rifles for a second time. At the national level, gun control advocates are demanding that the Australian Federal Government ban certain types of lever-action rifles and shotguns.

According to a report from Australian website news.com.au, in May, the Western Australia Police Force’s Licensing Service sent 14 gun owners letters demanding information regarding their need to own certain types of firearms. Police Minister Michelle Roberts informed the press that the letters were targeted at individuals who own .50-caliber or .408 Cheyenne Tactical-caliber rifles.

Authored by Licensing Services Officer Sen. Sgt. Carl Fisher, a copy of one of the letters provided to the West Australia Parliament stated,

in the interest of public safety, and to reasonably justify possession of such powerful firearms, the licence holder should demonstrate they possess suitable shooting skills and experience to safely and effectively engage targets at these extended distances.

Please provide, in writing, evidence of your shooting skills and experience to justify continued approval of [model of rifle] for recreational hunting and shooting purposes.

Further, Fisher made clear to the recipient that the police were aware that he also owned a .300 Winchester Magnum caliber rifle and demanded to know why the lesser caliber rifle wasn’t enough to meet the gun owner’s needs.

Fisher cited Section 20(1) of West Australia’s Firearms Act of 1973 as authority for his threatening letter. Summarizing the law, the officer explained,

Section 20(-1) of the Act states that where the Commissioner is satisfied, hat to do so in the public interest, he may refuse to renew or may revoke any licence, permit or approval relating thereto or may impose reasonable restrictions, limitations or conditions thereon.

Earlier this month, West Australia Member of Legislative Council Aaron Stonehouse took up the gun owners’ cause, addressing the matter in the West Australia Parliament. Expressing his concerns, Stonehouse noted, “The people who have these licences have already justified their need for them and now the police are following up again,” adding, “The concern here is while the police do have the power to audit firearm licence owners at any time, and that’s the justification they are using, in this instance it’s a little strange that they’re picking particular caliber.”

Stonehouse is right, these gun owners have previously been forced to justify ownership of .50 and .408 CheyTac caliber firearms to the West Australia government. Section 11A of West Australia’s Firearms Act of 1973 states,

(1) An approval or permit cannot be granted, and a licence cannot be issued, under this Act to a person who, in the Commissioner’s opinion, has not been shown to have a genuine reason for acquiring or possessing the firearm or ammunition for which the approval, permit, or licence is sought.

Section 11A(5) adds that, “Approval cannot be given… [for] possession of a firearm or ammunition for the purpose of personal protection.”

While Stonehouse expressed concern that the Licensing Service was picking and choosing the caliber of firearms to target, he might have also mentioned that law enforcement’s choice of caliber to scrutinize was illogical. A September 2008 study from the Australian Institute of Criminology found that Australia’s criminals favor handguns.

While West Australia’s actions have provided a vivid example of the perils attendant to may-issue firearms licensing, all Australians are subject to laws requiring that they justify gun ownership.

Following a high-profile shooting in Port Arthur, Tasmania, in 1996 Australia adopted the National Firearms Agreement, which set forth the minimum gun control standards that the country’s states and territories must enact. The agreement required prospective firearms licensees to demonstrate a “genuine reason” to own a gun, and that “personal protection not be regarded as a genuine reason for owning, possessing or using a firearm.”

To go along with its arbitrary licensing regime, Australia also effectively prohibits civilians from owning several common categories of firearms. This includes semi-automatic rifles and semi-automatic and pump-action shotguns.

Given these restrictions, in recent years Australians have shown an interest in acquiring lever-action shotguns, which are not as heavily regulated as their semi-auto or pump-action counterparts. In 2015-16 this led to a controversy over the importation of the Adler Arms A-110, a 12-gauge lever-action shotgun.

Now gun control supporters are throwing a fit about Verney–Carron Speedline model rifle and manual repeating shotgun. Both the rifle and shotgun operate by use of thumb lever behind the ejection port that cycles the action. The Australian government permitted importation of the Speedline rifle last year, but the Australian Federal Police have not allowed for the importation of the manual repeating shotgun.

According to a report from the Sporting Shooters' Association of Australia, Australian Sporting Agencies CEO Rick Casagrande has initiated a judicial review of the decision not to permit importation. Addressing the press, Casagrande explained, “I have got a shotgun that I would like to import that is no faster than the Adler A-110 that we have just been through.”

Anti-gun politicians and activists are fighting Casagrande’s effort to import the shotgun, and have also set their sights on the Speedline rifle. Green Party Member of the New South Wales Legislative Council David Shoebridge wrote a letter to New South Wales Minister for Police Troy Grant, lamenting the rifle and shotgun. Despite the fact that a lever is required to cycle the action of both firearms, Shoebridge complained, “I hold serious concerns about the rapid fire technology of these firearms. Any weapon with this rapid firing mechanism should… effectively prohibited.” Expressing his contempt for Australia’s gun owners, Shoebridge added, “It is simply unacceptable that both of these weapons may be available to hundreds of thousands of recreational shooters across the country.” Further, in a move sure to earn the eternal derision of American gun owners, Shoebridge labeled the Verney–Carron lever-action rifle and shotgun “semi-semi-automatic” firearms.

Offering a more sober take on the lever-action controversy, SSAA National CEO Tim Bannister explained, “There's always going to be new technology, we have new technology in all things. I'm not sure why we’d try and circle a particular sport and say you're not allowed to advance… It's not more dangerous or less dangerous than any other firearm. A firearm in the right hands is a safe piece of equipment.”

America’s anti-gun activists and politicians could learn something from Bannister’s wise words. America’s gun owners must learn the repeated lesson offered by Australia – that there is no end to gun control supporters’ demands.