Yesterday, NRA filed a legal challenge in the Thurston County Superior Court objecting to the misleading and inadequate ballot title for Initiative 1639, which seeks to further restrict the Second Amendment rights of Washington's law-abiding citizens.  The Thurston County Superior Court will review all legal challenges before the ballot title and summary can be finalized for the initiative.

Initiative 1639, filed by Michael Bloomberg’s front group, the Alliance for Gun Responsibility, is an egregious attack on Second Amendment freedoms and comes just months after failing to enact their gun ban agenda in Olympia.  Proponents of this 22-page initiative will have until July 6th to get 259,622 valid signatures to place the initiative on the November ballot.

Please spread the word to your family, friends, and fellow gun owners about this latest attack on self-defense rights in the Evergreen State!  Help protect Second Amendment rights in Washington and decline to sign this initiative petition.

The proposed initiative, if passed, would do the following:

Again, please spread the word for your family, friends and fellow gun owners about the latest attack on Second Amendment rights in Washington.  Your NRA-ILA will continue to keep you updated on the status of the initiative, so please stay tuned to your email inbox and www.nraila.org.

Illinois: Senate Passes Another Bill to Shut Down Your Gun Store Despite Veto of Previous Two 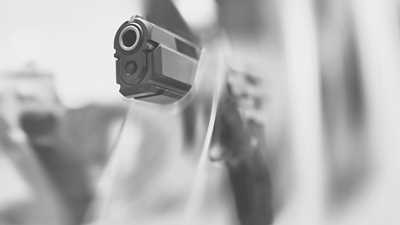