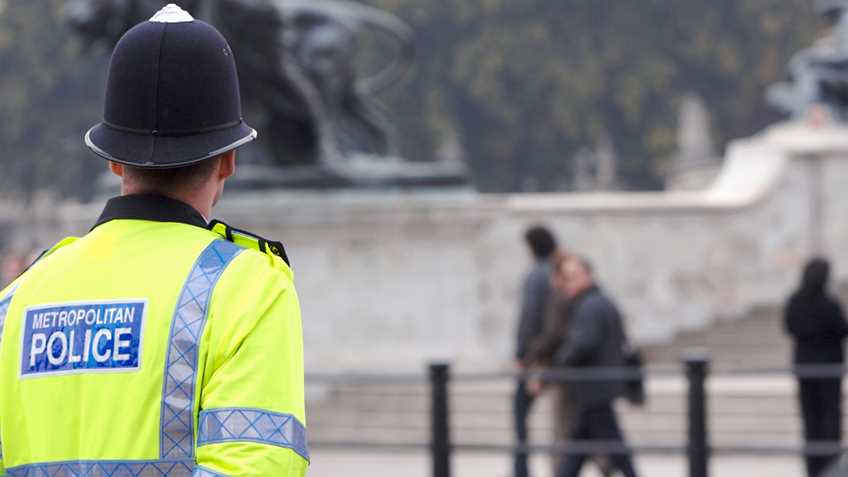 On Monday night, 17-year-old Tanesha Melbourne was gunned down in a drive-by shooting. According to an acquaintance of the murdered teenager, the young woman was “just chilling with her friends” at the time of the incident and was shot “for no reason at all.” Describing the neighborhood where the shooting took place, a resident told a media outlet, “It's not nice - so many drugs, stabbings… no respect for people anymore.”

Half an hour later and a few miles across town, two masked men exited a vehicle and shot 16-year-old Amaan Shakoor as he was with his friends outside a community recreation center. The young man died of his wounds the following day. A 15-year-old also suffered a stab wound during the incident.

If these acts of violence strike you as the goings-on in Chicago or Baltimore, you’d be wrong. These incidents occurred under the “gold standard” of gun control in London, England.

The killings are part of a surge in firearm and knife crime in the England and Wales. The increase in London homicides has been so profound that for the first time in recorded history the UK capitol’s murder rate has surpassed New York City’s.

In January, the UK’s Office for National Statistics published the statistical bulletin, “Crime in England and Wales: year ending September 2017.” In a section titled, “Offences involving weapons recorded by the police continue to rise,” the document detailed the increasing misuse of firearms in Britain.

The problem appears to be most pronounced in London and the surrounding areas. The report indicated, “around half (50%) of the increase in England and Wales occur[ed] in the Metropolitan Police force area.” While the bulletin dismissed some portion of the rise in firearms offenses to better reporting practices, the ONS noted, “Evidence of some genuine increase in offences involving firearms can be seen in admissions data for [National Health Service] hospitals in England.”

When asked in November about an increase in contraband firearms coming into the country, a spokesman for the Home Office said, “The UK has some of the toughest gun laws in the world and we are determined to keep it that way.” Having stripped the law-abiding of the most useful means of self-defense, activists and government officials now busy themselves with knife control. Anti-knife activists from the Save a Life – Surrender Your Knife campaign provide “knife banks” where owners can relinquish their blades anonymously. Having collected a reported 100,000 knives so far, which they used to create an anti-knife sculpture, knife control activists recently met with Home Office officials to coordinate a nationwide campaign to collect 1 million blades.

The UK already prohibits most knife sales to those under 18, bans a wide array of knives and swords outright, and prohibits subjects from carrying any knife other than a 3-inch or shorter non-locking folding knife “without good reason.” Convinced enough rules might perfect the human condition, Home Office officials have proposed further restricting knives.

Last July, Home Secretary Amber Rudd announced the government’s intent to prohibit retailers from shipping knives directly to a customer’s home. Under the new rule, knife buyers would be required to collect their knife in person and the retailer would be required to verify their age.

In February, the UK’s Sentencing Council released new sentencing guidelines that strengthened the punishments for several weapons possession offenses. In response to a recent spate of gruesome attacks, for the first time the guidelines list acid as “highly dangerous weapon.” At the Tory Party conference in October, Rudd announced a plan to restrict the sale of corrosive substances.

In an attempt to reach the knife-carrying youth, in March the Home Office launched an anti-knife social media campaign dubbed #knifefree. According to Secretary Rudd, the campaign website and accompanying public service announcements are an attempt to “bring home in powerful fashion just what a far-reaching impact it can have on a young person’s life if they make the misguided decision to carry a knife.” The Home Office has also authorized a new round of funding for various anti-knife groups, including the Ben Kinsella Trust. For their part, in November the office of London Mayor Sadiq Khan launched the “London Needs You Alive” campaign, which also urges teenagers not to carry knives.

On a separate front, some in UK law enforcement have resorted to questionable tactics in their efforts against knife crime. In some jurisdictions officers appear to have been reduced to rummaging through refuse and shrubbery in public areas in search of weapons. To the delight of many Americans, the results of these so-called “weapon sweeps” are sometimes posted on social media.

For instance, a March 16 sweep by officers near London’s Regents Park uncovered a pair of plyers, two screwdrivers, scissors, and a file, which the department assured the public were “safely disposed [of] and taken off the streets.” With the help of local students, last October police in London’s Telegraph Hill were able to protect residents from a pair of scissors, something the department referred to as a “potential weapon.” A month earlier, a “weapon sweep” in Barnsbury prevented a gardening tool from “end[ing] up in the wrong hands.”

As for the political class, Mayor Khan and the Labor Party have used the increase in gun and knife crime to attack the ruling Tories for what they view as inadequate police funding. Some, including former-London mayor and current Foreign Secretary Boris Johnson, have argued that the government should encourage police to “stop and search” more individuals, a practice which was curtailed by police reforms enacted by the Tory government in 2014. Labor Party officials vigorously oppose the move.

With all of the talk of further restrictions, harsher enforcement strategies, and additional funding to combat crime in the already heavily regulated and surveilled London, few appear willing to acknowledge that there might just be a limit to the government’s ability to control human behavior. 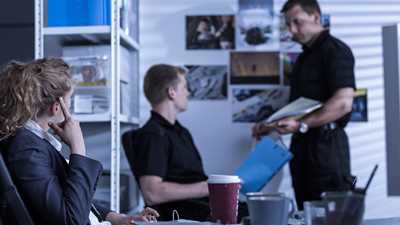