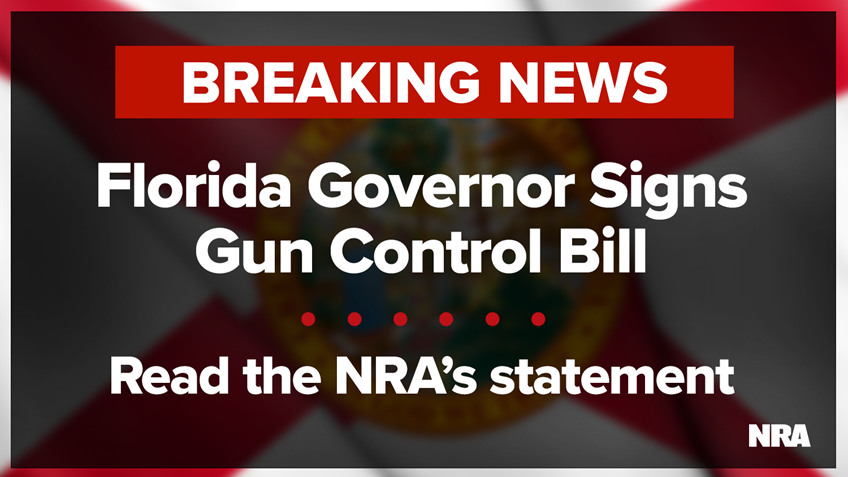 FAIRFAX, Va. – The National Rifle Association expressed disappointment regarding the gun-control provisions contained in a bill that was signed into law today in Florida. The new law strips law-abiding adults aged 18-20 of their Second Amendment right to self-protection and imposes unnecessary delays on all firearm purchases.

“This bill punishes law-abiding gun owners for the criminal acts of a deranged individual,” said Chris W. Cox, executive director, National Rifle Association Institute for Legislative Action. “Securing our schools and protecting the constitutional rights of Americans are not mutually exclusive. Instead of looking to the root cause of this premeditated violence, the gun control provisions in this law wrongly blame millions of Floridians who safely and responsibly exercise their right to self-defense.”

The National Rifle Association has always supported measures to increase school security, fix our broken mental health system and keep firearms out of the hands of those with a dangerous mental illness. However, several provisions contained in SB 7026 will do nothing to increase public safety and will only impact law-abiding citizens. Preventing a responsible 20-year-old from purchasing the best tool for self-defense will not stop a deranged criminal intent on committing a crime. Imposing a 3-day wait period on rifle and shotgun purchases would not have stopped any of the high-profile mass shootings in recent years.

“The deranged murderer in Parkland, Florida gave repeated warning signs that were ignored by federal and state officials. If we want to prevent future atrocities, we must look for solutions that keep guns out of the hands of those who are a danger to themselves or others, while protecting the rights of law-abiding Americans.” 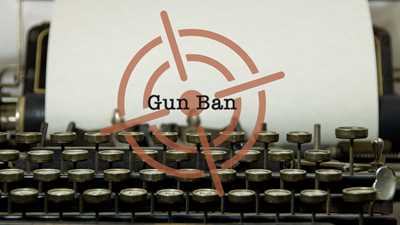