For six years I lived in constant fear of a stalker. 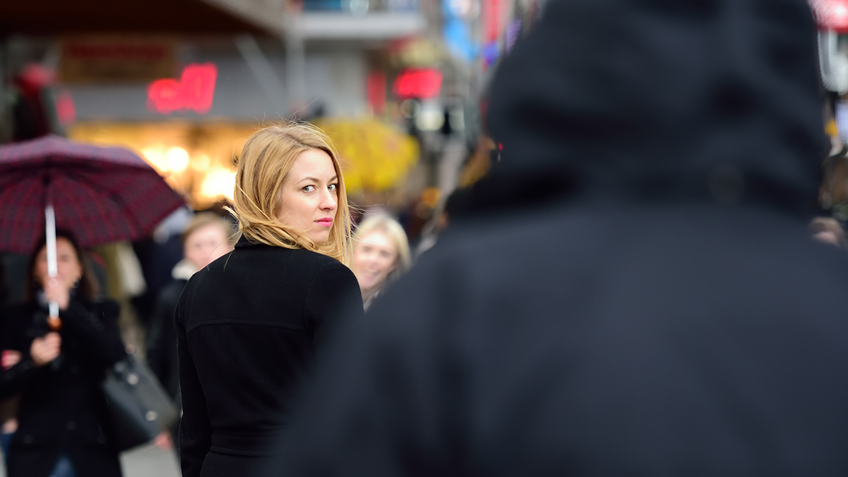 For six years I lived in constant fear of a stalker. He harassed me, in person and online, at all hours of the day and night. I notified police and made several reports. A judge granted me a protective order. But still, the stalking and harassment continued. I truly felt all alone. He was slowly taking my life from me. It wasn’t until the death threats began that I knew I had to take matters into my own hands. I got a gun.

Today, I am one of nearly 730,000 concealed carry permit holders in Indiana. Carrying a firearm is my best protection in a dangerous world. But, carrying a concealed firearm for self-defense can be difficult because of the current confusing patchwork of state and local laws.

A bill in the United States Senate, S446, the Constitutional Concealed Carry Act of 2017, would eliminate that confusing patchwork of laws by requiring all states to honor each other’s valid permits. I am urging Senator Joe Donnelly to support this important legislation in the Senate. His vote is critical to our ability to protect and defend ourselves when we travel. As a percentage of the adult population, Indiana has more concealed carry permit holders than any other state in the country. Currently, permit holders from all 50 states can travel through Indiana and have their permits honored. But, when Indiana permit holders leave the state — 18 states refuse to honor our right to self-defense, including our neighbor Illinois. Not very neighborly, is it?

This is unacceptable. We know that threats to our personal safety don’t end at the state border. It is common sense, and more importantly, it respects the Constitution, to honor the Second Amendment rights of law-abiding citizens in every state.

National reciprocity is part of America’s 30-year experience with Right-to-Carry legislation, which has been a resounding public safety success. Across the country, violent crime rates have plummeted as the number of concealed carry permits has soared. Today more than 16 million Americans have permits.

Licensed concealed carriers in every state have proven far more law-abiding than the average American.

A 2014 study from the Crime Prevention Research Center examined permit holders in Florida and Texas. Between 2008 and 2014, Florida had an average of 875,000 active permit holders. Its permit revocation rate during those years (i.e., the rate of concealed carriers who had their permits revoked due to firearm-related offenses) was a staggeringly low 0.00007%.

We already know that dangerous criminals are not waiting for legal authority to carry firearms for their criminal activity. National reciprocity legislation is not for them. It’s for law-abiding citizens who wish to travel across state lines without fear of violating the law.

There are way too many cases where otherwise law-abiding gun owners had their lives turned upside down for bringing their firearm in the wrong state. After Hurricane Sandy on the East Coast, a North Carolina man doing emergency, storm-related utility repairs in New Jersey was charged with second-degree unlawful possession of a handgun, which can carry a prison term of five years, for volunteering to a police officer that he had his handgun in his vehicle. Exclusionary states such as Illinois make it nearly impossible for a law-abiding citizen to protect themselves while traveling. Reciprocity does nothing more than recognize that violent crime can strike anywhere and at any time. National reciprocity legislation recognizes that as law-abiding gun owners travel our great nation, they shouldn’t be subject to prosecution for carrying concealed to protect themselves and their loved ones.

National Reciprocity legislation would empower every law-abiding gun owner to take responsibility for their protection when they travel. It’s time for Congress to catch up with the rest of the country and ensure those rights are not infringed when Americans cross state lines. Every day Congress hesitates, it is complicit in the violation of constitutional rights and the basic human right of self-defense. The people of Indiana, like Americans across the country, understand that law-abiding gun owners should be able to protect themselves, including while they travel.

NOTE: Nearly a month ago, I first reached out to three newspapers in Indiana (South Bend Tribune, Fort Wayne Journal-Gazette, and Indianapolis Star) to see if they were interested in running a column in support of legislation to make it easier for Indiana’s law-abiding gun owners to protect themselves as they travel. Even after follow up contacts with them, I still have not heard from any of the news outlets. Unfortunately, the media’s disregard for the voices of law-abiding gun owners is all-to common. In an effort to go around the media gatekeepers, I decided to work with the NRA to promote my support for national reciprocity.

Dawn Hillyer lives in Fort Wayne, Indiana and owns HidingHilda, a local company that manufactures and sells concealed carry purses and other firearms accessories. She got into the business with the desire to empower women after being stalked for six years. Hillyer’s stalker was convicted in 2012 and sentenced to prison for 10 years.