Illinois: Gun Control Bills to Be Heard on House Floor

On February 28th, the Illinois state House of Representatives will be hearing a number of gun control bills that will severely impact your Second Amendment rights.  In addition to the egregious dealer licensing bill, Senate Bill 1657, there will also be a gun control package that the state House Judiciary Committee rushed through on February 27th without considering the effects of such legislation.  Please contact your state Representative and Senator and urge them to OPPOSE Senate Bill 1657 and House Bills 1465, 1467, 1468, and 1469.  Click the “Take Action” button below to contact your state Representative and Senator.

Senate Bill 1657 would create onerous mandatory regulations, fees potentially in the thousands of dollars and excessive amounts of red tape that would almost assuredly force the closure of many firearm dealers, and prevent prospective owners from opening new ones.  The federal Bureau of Alcohol, Tobacco, Firearms and Explosives (ATF) already licenses and closely monitors all federally licensed firearm dealers (FFLs) and strictly enforces any violation of federal law.

House Bill 1465, as amended by Representative Michelle Mussman (D-56), would deny law-abiding young adults under the age of 21 their Second Amendment rights by prohibiting them from possessing or purchasing commonly-owned semi-automatic firearms, standard capacity magazines that hold more than 10 rounds of ammunition, and .50 BMG caliber rifles.  The bill would require adults under the age of 21 to dispose of such firearms within 90 days and to dispose of standard capacity magazines over ten rounds in capacity immediately.  In addition, language in the bill would prohibit out-of-state visitors from being present in Illinois for longer than 24 hours with such firearms or standard capacity magazines.

House Bill 1467, sponsored by Representative Martin Moylan (D-55), would ban “bump stocks” and “trigger cranks.”  The broad and vague language could be interpreted to ban components used on competition grade firearms.  It would ban various antique and historical reproduction firearms such as Gatling guns, which are owned by collectors and historical reenactors.  It would require owners of “bump stocks” and “trigger cranks” to dispose of them within 90 days.

Again, please click the “Take Action” button to contact your state Senator and Representative and urge them to OPPOSE these gun control bills. 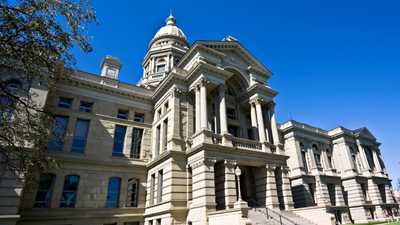