The Right-to-Carry Movement in America

A generation ago, law-abiding citizens carrying concealed firearms in public were a relative rarity on the American landscape. Until Florida passed a “shall issue” permitting process in 1987, less than 10 percent of the public lived in a state where an individual’s Right to Carry (RTC) was recognized under state law. The vast majority of states were either “no-issue,” where carrying firearms concealed is prohibited, or “may-issue” jurisdictions where permits are issued on a discretionary basis. Today, however, nearly three-quarters of Americans live in a shall-issue RTC state and the number of concealed-carry permits is estimated at more than 16 million. Within our lifetimes, NRA members and our supporters have changed the political and legal landscape in the vast majority of states so that law-abiding citizens can defend themselves against violent attack while in public. This is more than just a remarkable feat. It’s a political phenomenon. Working together, we’ve made history.

Back in the 1980s, none of this seemed possible to all but the most ardent freedom fighters among us. Many gun owners are surprised to learn that Florida’s Marion Hammer, NRA board member and past president, worked diligently on passage of the Florida RTC bill for the better part of  a decade. Throughout this fight, the odds were stacked against us. Much like today, the media and anti-gun establishment tried every trick in the book, including lies and deceit, to stop RTC from becoming law. As with all our work protecting and promoting our firearm freedoms, Florida’s victory was the result of a tireless grassroots effort that was as unrelenting as it was unprecedented. NRA members and our supporters proved too powerful of a political force to be denied.

Florida sparked a revolution in our national approach to the regulation of concealed carry. RTC bills were subsequently introduced in dozens of states, with 21 states enacting them over the next 10 years. Another seven states were added by 2006, followed by Wisconsin in 2011 and Illinois in 2013, bringing the total to 42. To put this in perspective, only eight states issued permits on a shall-issue basis in 1986; in 2017, only eight do not.

Once RTC was on the books, NRA members immediately went to work reforming existing RTC statutes through such changes as eliminating prohibited places, lowering permit fees and extending the duration of permits. NRA members and our supporters have led the charge in getting these reforms signed into law. Our success has been due to the simple fact that NRA members are the hardest working and most dedicated grassroots network in American history. 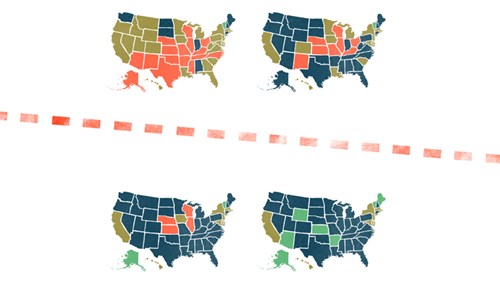 While NRA has worked diligently in the states over the years pushing for full recognition and will continue to do so, the current patchwork of state laws creates confusion and makes criminals out of honest citizens who are simply exercising a constitutional right.

To fix this situation, we are pushing Congress to pass national Right-to-Carry reciprocity. This legislation would ensure that those who can lawfully carry concealed in their home state are able to carry concealed in every other state. Although the timing of a vote on a national RTC bill is unclear at press time, this is the NRA’s number one legislative priority. We will continue to push for action in both the U.S. House and Senate on this critical issue.

We’ve all heard of cases in which law-abiding citizens became ensnared in local prohibitions against firearm possession. In some of these, folks were traveling to help others in need; visiting friends and family; or found themselves forced to stay overnight due to nothing more than a canceled flight.

Many have heard the tragic story of Brian Fletcher, a utility repairman who traveled with a lawfully owned firearm from his home state of North Carolina to New Jersey to do disaster relief work. After he volunteered information about the firearm to a police officer in New Jersey, he was arrested and faced the possibility of five years in prison. This should not happen. If a law-abiding citizen is authorized to carry concealed in their state of residence, nothing more should be required when he or she travels to another state.

National RTC reciprocity will put an end to these horror stories. But this fight will not be easy. Anti-gun activists and their friends in the media continue to push the same arguments they always have, despite the fact that we now have three decades of evidence illustrating that permit holders are not a threat to public safety. In fact, concealed-carry permittees are routinely shown to be among the most law-abiding in our society.

As the maps that accompany this article attest, the next wave of state RTC reform is to allow citizens who are not prohibited from owning or possessing a firearm to carry concealed without a permit. In the early days of RTC reform, this was referred to as “Vermont carry,” as Vermont has never required a permit to carry concealed. With the adoption of this approach in additional states, it’s now referred to as either permitless carry or constitutional carry. 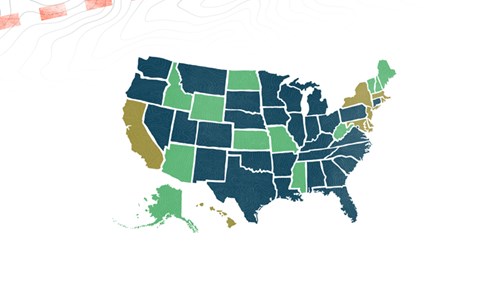 Beginning with Alaska in 2003, permitless carry has spread across the country with remarkable speed. Since 2010, several states have amended their RTC statutes to allow permitless carry, including six states in the last two years alone. The momentum is gaining steam every day, with permitless carry bills being introduced in legislatures throughout the country. We expect even more states to adopt this approach in the coming years.

I am often asked about NRA’s strategy to bring RTC reform to the remaining eight “may-issue” states, given that anti-gun majorities dominate the legislative and executive branches in those states. To counter this, NRA has engaged in a litigation strategy in both federal and state court, with the goal of achieving RTC reform where legislatures have refused to act.

In a recent NRA-supported concealed-carry case, Peruta v. California, several individual gun owners filed suit against the state for denying the right to carry firearms for self-defense in public. Under California’s “may-issue” permitting system, sheriffs and chiefs of police have the discretionary authority to issue or deny concealed-carry permits which, in many jurisdictions, means very few permits are issued. Even more troubling, many jurisdictions require an applicant to show they have a “special need” to carry concealed and don’t consider self-defense to meet that standard.

After losing at the district court, the Peruta plaintiffs won on appeal before a three-judge panel of the 9th Circuit Court of Appeals in 2014. Unfortunately, the 9th Circuit decided to reconsider the case before a full 11-judge “en banc” panel, which overturned the original ruling. The 9th Circuit opinion was appealed to the U.S. Supreme Court in early 2017. Unfortunately, however, the Court declined to accept the appeal. Although extremely disappointing, there was one silver lining in the form of the Court’s newest Justice, Neil Gorsuch. In a strongly worded dissent from denial opinion, Justice Gorsuch joined Justice Clarence Thomas in chastising the Court for treating the Second Amendment as a second-class right.

A similar case in which NRA is actively involved is Grace v. District of Columbia. This case is a challenge to Washington, D.C.’s highly restrictive—in fact, almost non-existent—permitting system. Thankfully, we achieved a significant victory at the Court of Appeals for the D.C. Circuit, which held that the Second Amendment guarantees the right to carry a firearm for self-defense in public. The Court went on to invalidate D.C.’s requirement that residents have a “special need” for a carry permit beyond general self-defense.

While an appeal of this decision by D.C. is expected, we will not stop fighting on  this issue until the Supreme Court affirms that the fundamental right to self-defense applies outside the home. As the Court stated in its landmark decision in District of Columbia v. Heller, the Second Amendment protects an individual right to keep and bear arms for self-defense. The framers of our Constitution did not intend to limit the right to keep and bear arms to the home.

As we celebrate the 30-year anniversary of Florida’s passage of RTC, we should be proud of how far we’ve come in restoring the right of self-defense for so many Americans. Despite that progress, we won’t rest until we have restored that right for every law-abiding American, no matter where they live or travel across our nation.