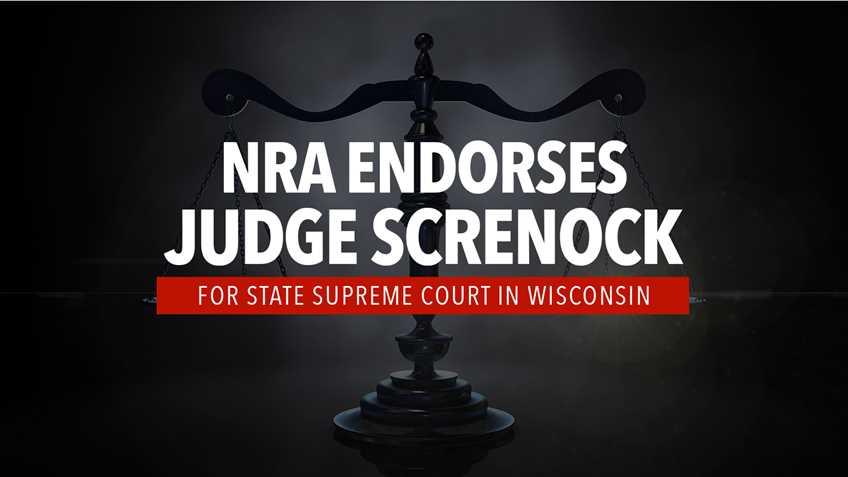 “Judge Screnock is a committed judge who will interpret the Constitution the way our Founding Fathers intended,” said Chris W. Cox, chairman, NRA-PVF.

Screnock is one of three running for the current opening on the Wisconsin Supreme Court. The primary will be held Feb. 20 and the top two candidates who receive the most votes will be on the April 3 general election ballot.

“It’s important that all pro-Second Amendment voters get to the polls on Feb. 20 and elect Judge Michael Screnock to the state Supreme Court,” Cox concluded.