Law Enforcement Officer forced to leave Outback Steakhouse because he had a gun.

The word “Outback” is used to conjure images of Australia’s tenacious frontier spirit; of hunters, ranchers, and other adventurers who carved out a harsh existence from an unforgiving land.

In recent years the chain has gone to great lengths to replicate Australia’s culture of civilian disarmament by prohibiting diners from carrying firearms onto the premises.

This commitment to reproducing Australia’s defenseless society is so profound that earlier this month a uniformed law enforcement officer was asked to leave an Outback in Cleveland, Tenn. because he was armed.

The incident occurred when Tennessee Wildlife Resource Agency Officer Andrew Ward and his wife went to the restaurant for dinner. In a Facebook post, Ward explained,

“I was approached by the manager and asked if I would put my gun in my truck. I let her know that I couldn’t because I was in uniform. She then went and made a call and came back and we were asked to leave because Outback is a gun free zone.”

“What is this country coming to? A uniformed Law Enforcement Officer who is sworn to protect and serve the public, is refused service because they have a firearm! I am disgusted and have no other words!!!”

In an update to his initial post, Ward noted that he was asked to leave after Outback management went out of it’s way to bend to the will of an unhinged customer.

According to Ward, “There was another customer who claimed to be ‘scared for her life’… because ‘police are shooting people.’” Ward explained that “the customer went on to demand to be escorted to her vehicle out of fear of being shot.”

Outback’s gun-free policy was cited as justification for yielding to the ravings of an unreasonable individual and the removal of a uniformed law enforcement officer from the restaurant.

As a result of a growing public outrage, Outback reached out to the Wards and offered them a $100 gift card and an apology.

Outback’s parent-company, Bloomin’ Brands, Inc., issued a statement to Chattanooga’s WTVC that contended it is not company policy to prohibit law enforcement officers from carrying at their restaurants. The statement went on to blame the incident on the individual restaurant manager.

While the manager might have handled the situation better, Bloomin’ Brands shares some responsibility for creating the irrational gun free zone policy that the employee was forced to interpret.

However, make no mistake, although they claim they allow law enforcement officers to be armed in an Outback Steakhouse, they still deny you your constitutional rights if you enter their premises.

A previous version of this article appeared in the NRA-ILA Grassroots Alert:
https://www.nraila.org/articles/20180209/outback-steakhouse-no-rights-just-rules

IN THIS ARTICLE
Florida Second Amendment/Right To Arms
TRENDING NOW 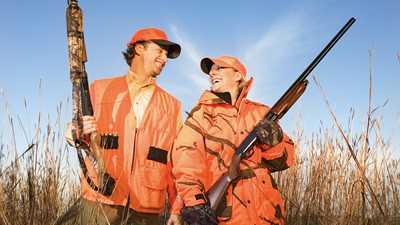