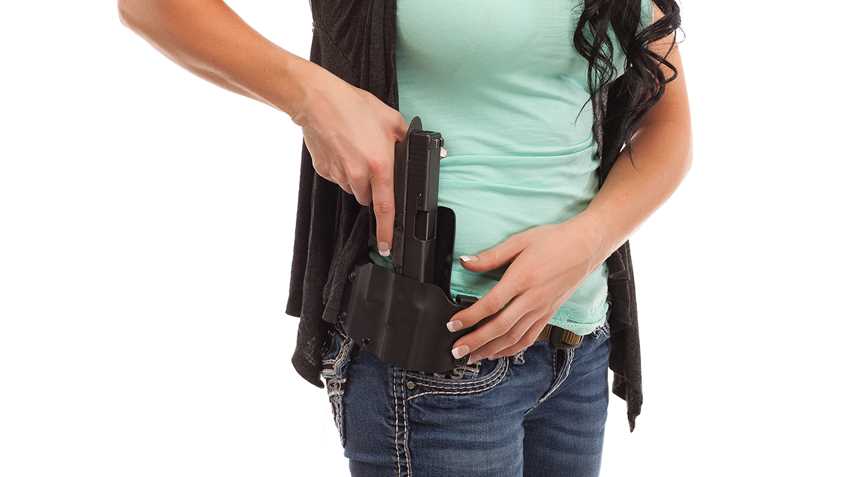 West Virginia has hit the ground running.  With session having started only two weeks ago, three pro-gun bills have already been introduced.  Two of these bills expand where a person can possess their firearm, while the other seeks to reduce fees for obtaining a concealed carry license in the state of West Virginia.  Please contact your state Delegate and urge them to support HB 4298, HB 4187 and HB 2922.

House Bill 4298, sponsored by Delegate Jim Butler (R-Putnam), would allow law-abiding CHL holders to carry on the campus of a state institution of higher education.  Current state law does not prohibit carrying of a defensive firearm on campus, but institution policy could lead to expulsion or termination of employment.  Adults who are officially licensed to carry a firearm for self-defense off-campus should not be prevented from doing so just because they seek a higher education.

House Bill 4187, sponsored by Delegate Geoff Foster (R-Putnam), allows lawful owners of firearms to transport or store the firearms in locked, privately-owned motor vehicles without fear of civil liability, criminal liability or employer retribution.  Throughout the country, many employers and business owners have adopted "No Firearms" policies that extend beyond the physical workplace or building to include parking lots – areas often accessible to the general public and not secure.  In order to comply with these policies, many law-abiding gun owners must choose between protecting themselves during their commutes and being subject to termination by their employer.  The fundamental right to self-defense should not stop simply because you park your car in a publicly accessible parking lot owned by your employer or a business owner.

House Bill 2922, sponsored by Delegate Jason Barrett (D-Berkeley), would reduce the cost of the fee for a state license to carry a concealed weapon. Currently, the cost to obtain a concealed carry permit in the state of West Virginia is $75, which is higher than any surrounding state.  HB 2922 would drop that fee to only $25.  No law-abiding West Virginian should be priced out of the ability to exercise his or her right to self-defense.

Again, please use the “Take Action” button to contact your state Delegate and urge them to support these pro-gun bills.