This week brought yet another marker in the ongoing degeneration of the rights afforded British people. According to the latest edict from the UK’s culture constabulary, teenagers must be prevented from all exposure to firearms, even if it’s in the context of education and community service and occurs while under police supervision.

The Derbyshire County Constabulary in the English Midlands operates a cadet program for community youth ages 13 to 18 years old. Much like police cadet programs stateside, the effort offers youth interested in a career in law enforcement the opportunity to get firsthand experience with local law enforcement officers. According to the Derbyshire Constabulary, their program provides training in physical fitness, first aid, team building, and crime prevention. The constabulary explains that its overarching goal is to help develop these young peoples’ character and to promote good citizenship.

In furtherance of this mission, earlier this month the Derbyshire Police Cadets were taken to the constabulary’s shooting range to learn about the important role of firearms in policing. As published in The Derbyshire Times, Derbyshire Assistant Chief Constable Chris Haward explained,

The event with the Derby senior cadets took place at the force’s firing range, and was one of many we hold to show the cadets about the role of the firearms officers, the duties they undertake, the kit they use and how to become a firearms officer….

The event took place in a controlled, safe environment with trained firearms officers. All the weapons were, of course, made safe prior to the event, no live rounds were in the area and all weapons had the yellow clips that show they do not contain live rounds.

A demonstration about how to make the weapons safe, which was undertaken by a trained firearms officer, took place and the cadets were also shown the difficulty in telling the difference between a real weapon and a fake one.

Cadets were allowed to hold the firearms under the supervision of the firearms instructor and did not fire the weapons.

Following their experience, the cadets posed for a picture holding some of the firearms they had just learned about. The photo was then posted to the Derby Police Cadets twitter page.

The sight of upstanding young people learning about the necessary tools of policing proved too much for the UK’s hardline gun control advocates. The Times reported that an unnamed spokesman for the UK’s Gun Control Network (GCN) said the photo was “either mad or bad.” Going further, the zealot contended that “The police have no business encouraging young people to develop an interest in guns.”  Doing his best impression of a Ministry of Truth official, the spokesman urged police to put the photo down a memory hole, noting, “I hope the photo is removed from circulation.”

Unfortunately, the Derbyshire Constabulary capitulated to the extremists’ demand, taking down the harmless photo and issuing a repentant statement that made clear steps have been taken to avoid such breaches of political orthodoxy in the future.

GCN’s comments that police should not expose well-adjusted young people to the responsible use of firearms would be misguided in any scenario, but given the current state of policing in the UK it is downright irresponsible.

As NRA-ILA reported last September, the UK faces a shortage of Authorised Firearms Officers (AFOs). According to a report from the Wall Street Journal, only five percent of police officers in England and Wales carry a firearm. This problem has been put into stark relief in recent years due to the terrorist attacks in England and on the European mainland.

Following the terrorist attack at Paris’s Bataclan theatre in November 2015, the UK government made plans to train 1,500 additional AFOs. Despite these efforts, reports indicate that it has been difficult to recruit officers for this important task. At the same time, polls of UK police show an increase in support for arming more officers.

GCN’s efforts to stigmatize firearms among potential future police officers only serves to exacerbate this dangerous shortage. However, that might be the point. GCN’s prohibitionist mission statement explains that it is the group’s desire “to progressively reduce the number of privately and publicly held guns in the UK and to eliminate the most dangerous of them.”

The Derbyshire Police Cadets should be encouraged to pursue their noble interest in all aspects of law enforcement. Moreover, the Derbyshire Constabulary should be applauded for providing the youth of their community with this rewarding opportunity. Both should ignore the rantings of those who would imperil public safety by depriving law enforcement of the vital equipment necessary to defend against modern threats.

Cherry-Picking Statistics: How the Violence Policy Center Manipulates Data to Advance their Cause 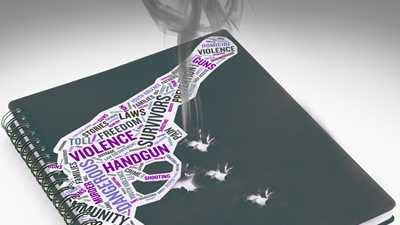