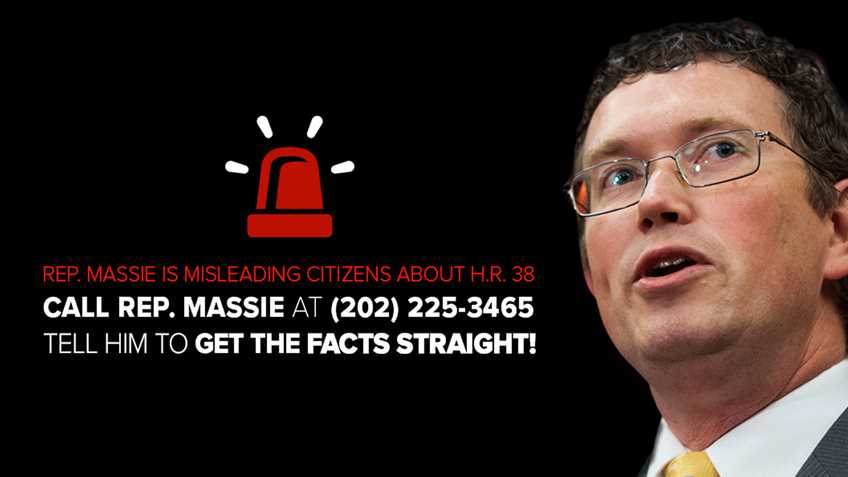 In a recent Facebook Post, Congressman Thomas Massie (KY-4) included several inaccurate statements about H.R. 4477, the Fix-NICS bill. Below are some facts to set the record straight:

CLAIM: “The bill will also advance former President Obama’s agenda of pressuring every branch of the administration (such as the Veteran’s Administration) to submit thousands of more names to the NICS background check database to deny gun purchases.”

FACT: The bill requires that federal agencies submit the names of anyone who is already prohibited by law from possessing a firearm to the NICS background check database. This differs from former President Obama’s efforts, in which he attempted to administratively create new categories of individuals who were prohibited from possessing a firearm. H.R. 4477, by contrast, is aimed squarely at individuals like the perpetrator of the recent murders in Texas, who should have been reported to NICS because of his disqualifying criminal history.

CLAIM: “The bill is being rammed through, without a hearing, in a very nontransparent process, and it will be passed by attaching it to the popular concealed carry reciprocity bill which already has enough votes to pass on its own.”

FACT: The bill went through a very thorough and public markup session of its own. And like the concealed carry reciprocity bill, the Fix NICS bill would also have enough votes to pass on its own.

CLAIM: “It spends over half a billion dollars to collect more names to include in a list of people who will never be allowed to own a firearm.”

FACT: The bill incentivizes states to transmit the records of individuals who, under current law, are already prohibited from possessing a firearm. It does not create new categories of restriction.

FACT: Since 1994, administrative agencies have been required to report individuals who are prohibited under current law from possessing a firearm to NICS. Fix-NICS merely adds additional layers of transparency and accountability to the process, as a well as a new 60-day deadline for the government to resolve claims of records that have been erroneously included in NICS.