Your NRA has submitted comments to the Washington Attorney General’s office in support of protecting the private information of Washington’s CPL holders, and will continue to monitor the status of the legal review.

Currently, Washington’s Public Records Act (PRA) and carry licensing law exempts from public disclosure all concealed pistol license applications and the information on applications, except as needed by law enforcement or corrections.  The legislative intent of this exemption, along with other constitutional privacy concerns, mandates that CPL licenses should be protected in the same manner as applications since they also contain personally identifying information such as names and addresses.

Washington State already protects a wide variety of personally identifying information regarding other participants in government services and programs – such as public utility customers, patrons of public libraries, transit pass users, ride-sharing program participants, and many others. The privacy interests of CPL holders logically and reasonably align with these other protected classes.

Even states with otherwise restrictive firearm laws like Hawaii, Massachusetts, New Jersey, and New York State protect licensee information from public disclosure, recognizing the public safety concerns of releasing this private information. In addition to releasing the confidential, personally identifying information of law-abiding permit holders who simply wish to protect themselves, this information, if publically released, would likely include the names and addresses of current and former law enforcement, judges, undercover officers, private investigators, victims of domestic violence and individuals with no-contact order or orders of protection.

Last month, NRA testified in support of adding clarifying language to the CPL exemption in the Washington’s Public Records Act to better protect the private, personal information of concealed pistol license holders from public records requests.  S-2954.1, a draft bill before the Senate Law & Justice committee, would add further clarifying language to the existing statute to ensure the concealed pistol license itself, along with any supporting documentation, are also exempt from disclosure. NRA will continue to advocate for this bill as we head into the legislative session beginning in January.

Your NRA-ILA will continue to keep you updated on the status of Attorney General Bob Ferguson’s legal review of CPL confidentiality, along with the status of S-2954.1 as we head into the 2018 Legislative Session. Please stay tuned to your email inbox and www.nraila.org for further updates on this issue and other measures impacting your Second Amendment rights in the Evergreen State. 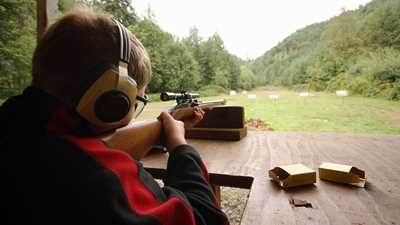