Gun Banners Unmasked: The Vengeful Face of the Anti-gun Agenda Emerges Once Again 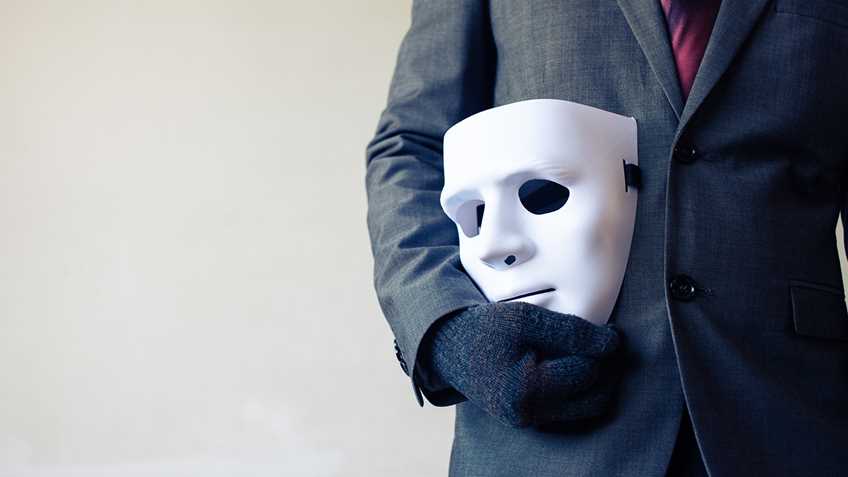 In the aftermath of tragedy, when emotions are running high, some people reveal perhaps more than they intend about themselves and their true intentions. Gun control advocates are feeling especially emboldened in the wake of the terrible murders in Las Vegas, and their predilections and prejudices are again on full display. To no great surprise, they are openly speaking of repealing the Second Amendment, retroactively turning gun owners into criminals, and confiscating firearms en masse. And while their publicly-expressed furor will eventually subside when reason again dominates the national discussion of gun policy, it’s important to keep in mind that what they say now is what they really want. It’s not “reasonable regulation.” It’s give up your gun or the government takes it and you go to jail. It’s always that, in the end.

New York Times commentator Bret Stephens led the way with his call to “repeal the Second Amendment.” Dismissing the fundamental right to keep and bear arms as a “fetish,” Stephens cites a litany of tired and debunked “science” and rhetoric that may do much to ingratiate himself to his new readers at the Times but does absolutely nothing to advance the debate on controlling violent crime.

He then asks, without apparent irony, why liberals nevertheless continue to lose the gun control debate. On this point, at least, Stephens is largely correct (if completely un-self-aware): Because gun control advocates don’t know what they’re talking about and because their proffered “common sense” solutions won’t make any appreciable difference.

Stephens, therefore, advocates for America to “fundamentally and permanently” change a “legal regime that most of the developed world considers nuts” by getting rid of the Second Amendment altogether. James Madison himself, Stephens insists, would look at modern America and say, “Take the guns – or at least the presumptive right to them – away.”

What happens to the 400 million or so firearms already in private hands? How does society actually benefit from his plan? Stephens doesn’t say. He apparently just trusts that things would eventually work themselves out if the government had carte blanche over yet another aspect of Americans’ lives.

Paul Waldman also wrote a piece for The Week with an even blunter prescription: “Ban guns.” Waldman at least acknowledges some of the practical problems inherent in his proposal. Yet he still muses that “it's worthwhile to step back from the concrete debates we're having, as important as those are, and spend a moment contemplating what kind of society we'd prefer if there were no practical impediments to radical change.”

Echoing Stephens, Waldman calls Americans’ dedication to their Second Amendment rights “absurd fetishism.” He insists, however, that “I get it.” But it’s not enough, he says, to justify “[o]ver 30,000 Americans dead every year, and tens of thousands more maimed and paralyzed.”

Self-defense would be less of an issue in his proposed Utopia, Waldman argues, because assailants “probably” wouldn’t have a gun, either. “[P]robably.” And besides, he writes, it’s a “ludicrous argument” that “even if you took away everyone’s guns, people would still have evil in their hearts, and if they really wanted to kill they’d find a way.”

We can only assume that Mr. Waldman doesn’t have much experience with the criminal element. Or much familiarity with history. Or even an awareness of the sorts of mass-casualty crimes committed in the relatively gun-free countries he obviously so admires.

Speaking of fetishes, no week’s worth of gun-prohibition rhetoric would be complete without gushing references to Australia, something of a Western democracy that actually managed to take a large number of guns away from peaceable individuals who already legally had them. Well, sort of, anyway.

And who better for this job than Dan Pfeiffer, a former senior adviser to Barack Obama, who along with his protégé and frenemy Hillary Clinton is America’s foremost proponent of importing Australia’s gun confiscation scheme to American shores?

Writing (appropriately) for the website Crooked.com, Pfeiffer laments that he and his fellow radical Democrats are “now in the midst of another gun debate that we will almost certainly lose.” He blames this on Democrats accepting what he calls an interpretation of the Second Amendment that was “reversed-engineered to pander to fantasies.” He then basically argues that just because the U.S. Supreme Court has authoritatively construed the Second Amendment to protect an individual right, Democrats don’t have to accept that as true.

Pfeiffer insists the “Democratic gun control strategy fails because it is defined by this poverty of ambition … .”

He then lists his own policy prescriptions, which are nothing if not ambitious, although not particularly original. These include national registration; “[t]racking and limiting purchases of ammunition;” mandatory “smart-gun” technology; and, of course, an Australian style “national gun buyback program.”

As savvy gun owners know, what happened in Australia was not a “buyback.” Gun owners didn’t return guns to the shops where they bought them. Rather, the government retroactively banned firearms that most people had acquired lawfully and in good faith. It then sternly threatened to imprison anyone who didn’t surrender their gun to the authorities for whatever compensation was offered, assuming the individual even survived the government’s attempt to seize the gun by force.

Many Australians buckled to the threat, and the government confiscated many hundreds of thousands of guns. But many didn’t. In the unlikely event that a the government of the United States somehow amassed the same proportion of its citizens’ firearms, hundreds of millions would still be left in private hands, but with a disproportionate share hoarded by criminals who need firearms for their livelihood.

Ironically, even as he and like-minded gun prohibitionists call for confiscation of America’s guns, Pfeiffer remains incredulous that “the NRA is still producing” what he calls “agitprop aimed at convincing gun owners that liberal Democrats and radical leftists are going to come after their guns.”

How dare we state the obvious: Your guns are not safe, as long as people like Stephens, Waldman, and Pfeiffer continue to have a role in national debate and in politics.

Which is to say, they’ll never be safe. Pfeiffer essentially admits this and counsels his fellow radical Democrats to stop trying to “fake moderation” and win over gun voters with “insincere pandering on the gun issue.”

It would be nice to think that with a pro-gun president and pro-gun majorities in Congress, statehouses, and governor’s mansions across the country, the battle to secure the Second Amendment is won. But as long as decent, law-abiding gun owners are blamed for the acts of deranged murderers, the battle can never end.

We don’t have to guess what people who press for gun control really want. People like Stephens, Waldman, and Pfeiffer are telling us themselves.

For us to think otherwise is to sow the seeds of our own undoing.