One More Reason Gun Owners Should Be Celebrated

I have been an NRA-certified firearms instructor for many years now and I’m confident that my students and friends find my constant drilling of the firearms safety rules annoying to say the least. As they roll their eyes, I tell them that short of behavior that borders on obsessive-compulsive, they simply cannot be too safe.

The last thing I ever want to hear is that one of them violated the simple safety rules and injured someone. Thankfully, the odds of this are about as poor as the odds of my winning the lottery, and certainly many times worse than having my bell rung by a lightning strike.

The safety record of America’s gun owners is nothing short of stunning. When reviewing the annual number of deadly firearms-related accidents reported by the Centers for Disease Control (CDC), I cannot help but sit and shake my head in disbelief. In 2014, the number of 486 marked an all-time low since data was first collected in the early 1900s.

Not surprisingly, the record was announced by the government with no media fanfare. Imagine for a moment how things would have gone in the so-called “mainstream” media if it had been a record high. Of course, this would not have happened because the accident numbers have been trending downward for decades, thanks to NRA training and enhanced public awareness.

The record low was recognized only after John Lott of the Crime Prevention Research Center discovered a 100-death exaggeration by the CDC in Tennessee. A supposed coding error reported the number of accidental deaths to be 105, not the actual number of five statewide. A reasonable person might wonder how the Centers could have missed such an obvious anomaly in the year-over-year reporting (there were 19 in 2013). There is no doubt that many who work there have an agenda that is not particularly supportive of keeping the Second Amendment alive and well.

The usual anti-gun noisemakers went wild when the first number was announced. Barely able to conceal their glee, they exclaimed that those in the Volunteer State needed to give up their guns to be safe. When Lott forced the CDC to begrudgingly own up to the misreported number, these dishonorable nuts did nothing to correct the wildly misleading public record they had helped create. (A note added to the CDC’s website just last month appears to lower the actual record number in 2014 from 486 to 461.)

When considering the record low, it must be remembered that this is a pure number of deaths and not the rate per 100,000 people. In the last 100 years the government has been tracking accidental death data, the U.S. population has ballooned by 240 million, the number of privately-owned firearms has risen by a couple of hundred million and the number of gun owners has grown by tens of millions. The best estimates today suggest that there are around 400 million guns kept in the homes of 100 million Americans.

So, there are more guns and more gun owners than ever before in U.S. history, and the number of fatal firearms accidents is at an all-time low (right along with the violent crime and murder rates, according to the FBI, interestingly enough). I can see Shannon Watts’ head spinning and smoking. It’s likely the kind of thing that has her reportedly being so unpleasant to her employees. It must be hard on the mind and soul when you know you’re always wrong in the quest to crush freedom.

At least Michael Bloomberg is still convinced he’s heaven-bound without as much as an interview at the pearly gates because he’s giving Watts millions of dollars to try to advance the campaign to disarm America. He told CBS’ “60 Minutes” as much without even a nervous twitch. All of this right when you thought clowns are going out of style.

A clearer perspective of this remarkable safety accomplishment by America’s gun owners can be gained by some additional information. It would be one thing if the 400 million guns in our country sat gathering dust in safes, but nothing could be further from the truth.

Billions of rounds of ammunition are fired every year at formal and informal ranges throughout the country.

16 million Americans have concealed weapons permits, and millions of them, along with the fortunate individuals who live in states that require no permit, carry a loaded handgun every day of their lives. This means they actively handle it at least twice every day.

Tens of millions of Americans keep loaded firearms immediately accessible for self-defense in the homes.
The country’s 14 million regular hunters spend 282 million days each year walking the woods and fields with loaded firearms in what is often a very dynamic environment (no designated, fixed safe-direction for a muzzle to point like at a formal range).

Nearly half of all homes occupied by married couples have firearms in them. For 2015, the CDC reported that 48 children younger than 15-years-old died in firearms accidents out of an age group population of 61 million. Yes, one is too many. But this number that fluctuates very little year-to-year is miraculous and mind-blowing to most when informed.

It is assumed that millions of gangbangers, robbers and drug dealers illegally own and carry guns to facilitate their “work” and fill up their social media posts that apparently require displaying a gun in some extremely dangerous manner. All of their stupidity and mistakes are counted in this CDC-reported number, right along with the lifelong gun owner who makes his one, tragic mistake due to a momentary mental lapse, in the same way people make fatal mistakes on the roads or in the factory.

I will always believe that we live in a safer country because of the good, responsible, self-sufficient Americans who choose to arm themselves. It is what the likes of John Madison, Thomas Jefferson and George Washington wanted. Keeping the violent among us wondering if their next attack will be their last is a reason to celebrate gun owners. Those gun owners’ astonishing safety record that goes unreported in the media, and is consequently unknown by the public, is most certainly another.

Darren LaSorte lobbied with NRA-ILA for 14 years and now lives and works in Dallas. His passions are shooting, hunting and self-defense training. 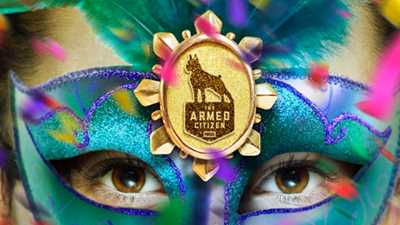