The city council in the United Kingdom port city of Plymouth gave their finest impression of George Orwell’s Thinkpol this week, when the council formally admonished Devon and Cornwall Police and Crime Commissioner Alison Hernandez for her off-the cuff comments to a BBC Radio program following the recent terrorist attacks in Manchester and London. According to reports, Hernandez’s mere suggestion that an armed citizenry might be capable of providing some protection against terrorist violence proved too much for the council to tolerate.

During a June 12 interview on BBC Radio Cornwall, Hernandez was asked by a caller, and licensed gun dealer, “If there should ever be a terrorist attack, what happens if I and other people try to defend themselves using those guns? What would be the repercussions?” Hernandez responded that this type of citizen response “might be some of our solution to our issues.”

When pressed further on the topic by the BBC Radio host, Hernandez added, “I’m just saying, let’s officially have a look at that and see what would be the implications of it…. We work with businesses to keep our communities safe. I’d really be interested in exploring that with the chief constable.”

The negative official response to Hernandez’s sensible comments was immediate. The same day as the radio interview, Devon and Cornwall Deputy Chief Constable Paul Netherton issued a statement rebutting Hernandez’s comments. The response read, “Under no circumstances would we want members of the public to arm themselves with firearms, not least because officers responding would not know who the offenders were, and quite obviously they would not have the time to ask.”

However, the Devon and Cornwall Police’s rapid disavowal of Hernandez’s comments was not enough for the Plymouth City Council’s Labour Party Caucus. On July 3, Labour city council members, led by Councillor Chris Penberthy, offered a motion for a vote of no confidence in Hernandez.

The motion stated, “We endorse Deputy Chief Constable Paul Netherton’s view that it would be ‘definitely an emphatic no’ to non-police officers taking up arms,” and that, “This Council believes that a proposal to utilise domestically owned firearms is a crass and inadequate response to mounting concerns about police cuts.” Foregoing traditional parliamentary decorum, the motion called Hernandez’s comments “stupid and dangerous.” Further, the motion called on Plymouth City Council Chief Executive Tracey Lee “to contact the Home Secretary requesting she use whatever powers may be available to remove Ms Hernandez from office…”

In a sad commentary on UK firearm politics that Plymouth City’s Tory and UK Independence Party councilors failed to defend Hernandez. The motion passed 26 to 25.

Contrary to what Plymouth’s Labour Party officials might think, there is nothing “stupid” about Hernandez’s statements. As NRA-ILA previously pointed out, Hernandez’s views on armed citizens and terrorism are shared by former Interpol Secretary General Ronald K. Noble.

Moreover, UK experience tacitly acknowledges that in certain circumstances individual firearm ownership can be a legitimate defense against politically-motivated violence.

The UK’s handgun ban does not apply to Northern Ireland. In this part of the UK, individuals may obtain a Personal Protection Weapon license in order to carry a firearm for self-defense. According to the Belfast Telegraph, license holders include high-ranking politicians. In 2010, the Telegraph reported that Stormont, which houses the Northern Ireland Assembly, has “a special storeroom for guns deposited by Assembly members and visitors.” A 2011 article in the Independent, titled, “More people go armed as Ulster dissident threat grows,” noted, “More than 1,100 people on paramilitary death lists in Northern Ireland are being allowed to carry guns for their own protection.”

To her credit, Hernandez has not been intimidated by the Plymouth City Council’s actions. In a statement following the vote, Hernandez said, “It will not detract me from representing the views of the public which is central to my role. As previously stated, I don’t want to see armed vigilantes roaming the streets, but a discussion about how the public responds to any immediate terror threat is completely valid.”

Hernandez went on to explain, “Freedom of speech and the ability to have open public debate about the issues raised with me will continue.” While aimed at her detractors in the UK, close-minded politicians and political activists on both sides of the Atlantic could learn a great deal from Hernandez’s staunch defense of free and open debate. 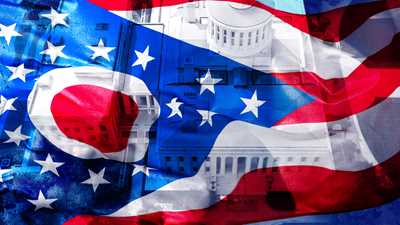