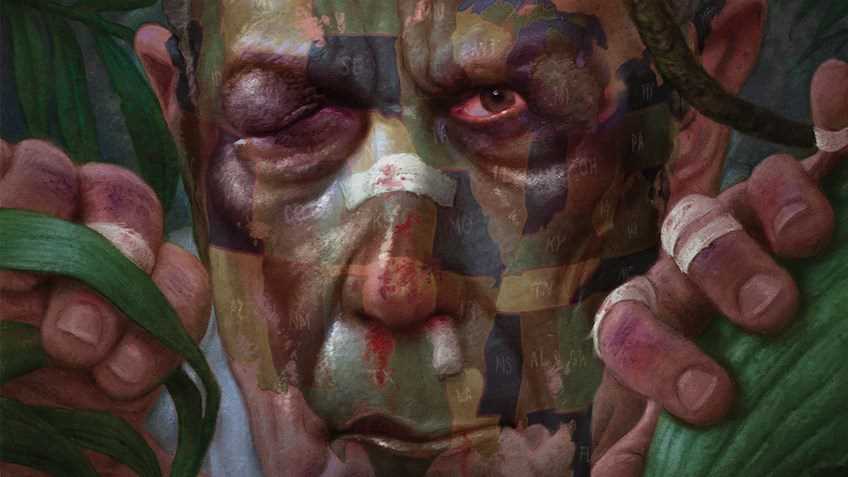 This feature appears in the June ‘17 issue of the official journals of the National Rifle Association.

While much of the nation’s attention has been fixated on the latest media manufactured melodrama in Washington, D.C., NRA has been hard at work in state capitals across the country to improve state gun laws that impact the everyday lives of gun owners. Even though we’re barely a quarter of the way through 2017 at press time, NRA has already piled up an impressive set of state-level victories in the New Year.

Recognizing the Right-to-Carry Without a Permit

The Granite State’s journey to permitless carry was a challenging one. In 2015 and 2016 then-Governor, and current U.S. Senator, Maggie Hassan vetoed legislation to recognize the Right-to-Carry without a permit and attempts to override her veto were unsuccessful. Moreover, earlier efforts at permitless carry were at times complicated by discord among some segments of the state’s enthusiastic gun rights community.

With SB 12, New Hampshire has brought recognition of the Right-to-Carry in line with its northern New England neighbors, Vermont and Maine.   Vermont has never prohibited Right-to-Carry without a permit, while Maine joined the growing number of permitless carry states on July 8, 2015 when Governor Paul LePage signed LD 652 into law. The Granite State is now truly living up to its Live Free or Die creed when it comes to the Right-to-Carry.

Just over a month after New Hampshire became a permitless carry state, North Dakota Gov. Doug Burgum signed HB 1169, making that state the 12th to adopt permitless carry. Prior to receiving Burgum’s signature, the Legislative Assembly enthusiastically endorsed the measure, with a vote of 83 to 9 in the House on February 22, and a 34 to 13 vote in the Senate on March 21.

NRA and our friends in the state legislatures have made progress in other states as well, although more work remains to be done.

In North Dakota’s neighbors to the south and west, permitless carry legislation came very close to being enacted but was unfortunately vetoed by their governors. On February 22, the South Dakota House of Representatives passed HB 1072 by a 37 to 30 vote. The Senate followed on March 5, voting 23 to 11 for permitless carry. Unfortunately, on March 17, Gov. Dennis Daugaard vetoed HB 1072.  In his veto message, he wrongly attempted to use the late Supreme Court Justice Antonin Scalia’s opinion in District of Columbia v. Heller to justify his actions. On March 27, pro-gun representatives attempted to override Daugaard’s veto, but came up just short.

A similar scenario played out in Montana with HB 262. The legislation overwhelmingly passed the House by a vote of 60 to 39 on January 31, and the Senate by a vote of 31-18 on February 15. However, HB 262 was vetoed by Gov. Steve Bullock on February 23.

Despite these setbacks, South Dakota and Montana residents’ support for permitless carry was made clear by the actions of their state legislatures.  NRA will continue to work in these states to pass this important legislation in future sessions.  While much of the nation’s attention has been fixated on the latest media manufactured melodrama in Washington, D.C., NRA has been hard at work in state capitals across the country to improve state gun laws that impact the everyday lives of gun owners. Even though we’re barely a quarter of the way through 2017 at press time, NRA has already piled up an impressive set of state-level victories in the New Year.

In addition to the support of these state legislatures, efforts at permitless carry are gaining traction throughout the country.  Bills have recently been introduced in Alabama, Georgia, Indiana, Kentucky, Minnesota, Nebraska, Tennessee and Texas. As of press time, permitless carry bill H. 3930 is moving through the South Carolina Legislature, having passed the House by a vote of 64 to 46.

Wisconsin’s experience shows just how much momentum permitless carry has generated in the states. Wisconsin was a relatively late adopter of permitted Right-to-Carry, with Gov. Scott Walker signing shall-issue concealed carry legislation in 2011. This year, following the introduction of permitless carry legislation in the Badger State, Wisconsin Attorney General Brad Schimel said of the legislation, “Constitutional carry is certainly a reasonable legislative policy to consider…” Schimel also noted, “I have said many times we have nothing to fear from law-abiding gun owners, and our experience as a state since passage of our concealed carry law has proven that point.”

In the last three years, NRA has helped to add eight states to the ranks of those that recognize the Right-to-Carry without first obtaining government permission. Going forward, NRA will work to build on this momentum to ensure a growing number of gun owners are able to exercise this important right.

NRA has also been at the forefront of working to ensure Right-to-Carry permit holders are able to exercise their right to self-defense in more places. The most notable recent advance in this effort occurred on March 22, when Arkansas Gov. Asa Hutchinson signed HB 1249. The legislation created an enhanced permitting system under which permit holders are able to carry in a number of previously gun-free zones.

Under the new law, those who complete eight hours of firearms training are eligible for an enhanced permit. This permit allows the holder to carry at public universities and colleges, most government buildings, churches, and a host of other locations.

With a background check initiative defeat in Maine, followed by an attorney general opinion that determined the Nevada background check initiative was unenforceable, 2016 was a tough year for Michael Bloomberg and his ongoing war on gun owners. To end the losing streak, Bloomberg’s Everytown for Gun Safety set their sights on New Mexico with a private transfer ban early in the 2017 session.

Everytown’s team of hired lobbyists worked with state lawmakers to introduce SB 48 and HB 50, which would have required nearly all firearms transfers to take place through a firearms dealer and pursuant to a background check and government paperwork.

To combat Bloomberg’s efforts, NRA’s state liaison for New Mexico worked tirelessly on the ground in Santa Fe and we mobilized our membership to contact their legislators. Moreover, gun rights supporters secured the support of New Mexico Sheriffs’ Association, which came out in opposition to the Bloomberg-backed restrictions.

Reports on the ground indicated that some New Mexico politicians were willing to support a pared down version of the background check legislation, outlawing the private transfer of firearms at gun shows and those advertised online.  However, Bloomberg’s Everytown for Gun Safety was adamant that any transfer ban go well beyond these limitations to include private firearms transfers in nearly all circumstances.

In the end, Everytown’s no compromise position was unacceptable to many lawmakers and played to gun owners’ advantage. In the waning days of the legislative session, Everytown’s allies introduced another bill, HB 548, which targeted transfers at gun shows and pursuant to online advertising, but at that point, law-abiding gun owners throughout the state had made their opposition to the transfer ban well known in Santa Fe.  The grassroots pressure brought to bear by NRA members and our supporters was too much for Everytown to overcome.

The 2017 legislative session ended without the passage of any of the Bloomberg-backed legislation. NRA’s victory over Bloomberg in New Mexico was not only a victory for the Land of Enchantment’s gun owners; it sent another message to the out-of-touch billionaire that Americans’ gun rights aren’t for sale.

These varied efforts only begin to scratch the surface of NRA’s important work in the statehouses in 2017. Further, with important legislation on the move in numerous states, NRA members can expect to see more good news before the year is out. While others are busy lamenting congressional gridlock in Washington, NRA will continue to be on the front lines in state capitals across the country working to secure more victories for America’s gun owners.