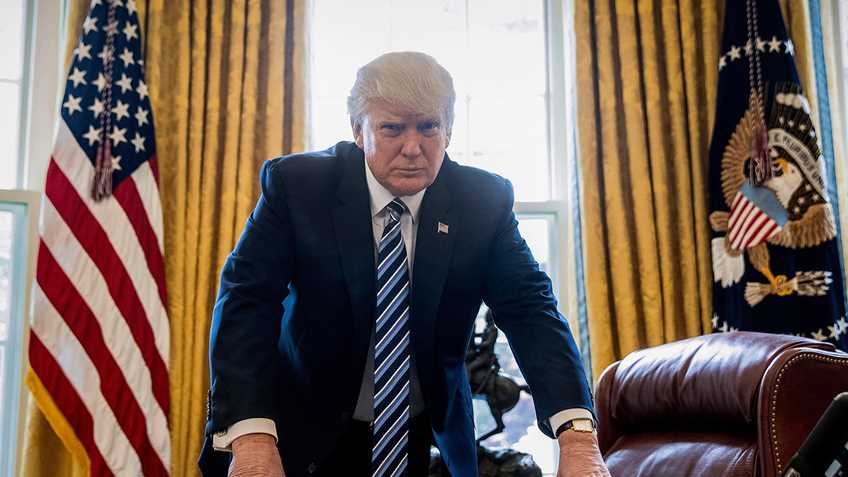 President Trump has a busy schedule this week. On Friday, he becomes the first sitting president since Ronald Reagan in 1983 to address the members of the National Rifle Association during our Annual Meeting and Exhibits in Atlanta, GA. The next day he will hold a rally at the PA Farm Show Complex and Expo Center in Harrisburg to mark the 100th day of his presidency.

One event he will not be attending is the 103rd Annual White House Correspondents’ Association (WHCA) Dinner in Washington, D.C.  Here, too, he shares a parallel with Ronald Reagan, who was the last president to skip the event in 1981 (albeit because he was still recovering from a recent assassination attempt). Before Reagan, both Presidents Jimmy Carter (1978 and 1980) and Richard Nixon (1972 and 1974) skipped the dinner of their own volition.

The mainstream media have made no secret of their opposition to President Trump. Articles have openly questioned the “legitimacy” of his presidency, and some within the media have even admitted they do not believe ordinary journalistic ethics or practices apply to him. As a writer for the New York Times acknowledged during the election: “[L]et’s face it: Balance has been on vacation since Mr. Trump stepped onto his golden Trump Tower escalator last year to announce his candidacy.”

Meanwhile, the American people who voted the president into office have made no secret of their disgust with the media. During the election, an annual Gallup poll showed Americans' trust and confidence in the mass media “to report the news fully, accurately and fairly” dropped to its lowest level since the organization first began asking the question in 1972. Nearly 70% of the poll’s respondents found the media untrustworthy.

It cannot be said often or emphatically enough: the media elite just don’t get it. First, they blew the biggest political story of the 21st Century by failing to recognize the momentum of Trump’s presidential campaign. Then – rather than recognize and begin addressing their own colossal professional failure – they simply re-dedicated themselves to opposing his presidency. Even Poltico recently acknowledged that Trump’s election was “not just as an embarrassment for the press but … an indictment” and made clear “the national media just doesn’t get the nation it purportedly covers.”

The press’ reaction to Trump’s decision to skip the WHCA Dinner reinforces this negative view. Criticizing Trump for reaching out to the ordinary Americans who elected him, rather than the press figures who despise him, a former WHCA board member made clear in statements to The Hill that reporters really do continue to believe it’s all about themselves.

“I feel bad, because a lot of White House reporters are going to have to go and cover [Trump’s Pennsylvania rally] and not come to our own dinner,” she said. “It’s one thing for him to stay home, and that was fine. And he can just tweet about us and be mean, and that would be kind of funny, and it would feel right. But for him to stage a competing event — we just can’t even have our dinner? We just can’t even do that?”

This is a remarkable admission. They have to go to work “out there” in America, rather than gather in the Washington, D.C. Hilton with their like-minded colleagues and a bevy of like-minded Hollywood celebrities for a night of self-congratulation and mutual regard.

And as The Hill article noted, even for those who will attend, it won’t be like the good old days when Barack Obama was president and the real Tinseltown A-Listers flocked to bask in his presence. “That really mushroomed during the Obama years,” the WHCA board member told The Hill, “because celebrities love Democrats and big party-givers love celebrities.”

Most Americans probably have better things to do than to give the WHCA Dinner much thought at all.  And the press can at least look forward to the public re-emergence of Barack Obama, who a USA Today writer called “the ultimate media President” because he “made the media feel good.”

Obama reappeared on Monday to give a speech to a friendly crowd at the University of Chicago, where he used to teach in the law school.

The news also broke this week that Obama will follow in the footsteps of Hillary Clinton by accepting $400,000 to address a gathering of Wall Street investment bankers. In a shocking display of pay inequity, however, his fee will be nearly twice what Clinton charged private businesses for similar events. This follows on last month’s announcement that the former president and first lady landed a $65 million book deal – the largest ever – for the publication of their presidential memoirs.

Of course, it’s natural for people to gather with their friends and supporters. For Trump, that means the hardworking Americans who do the necessary but mostly unglamorous work of growing, building, moving, and fixing things the country relies on for our daily lives. For the media, it means each other. And for Barack Obama, it lately means “young people” and rich bankers at whom he sometimes wags his finger but from whom he always gladly accepts large sums of money.

Here at the NRA, we look forward to seeing the president in Atlanta.

As for the surly press corps that will begrudgingly covering the events while their colleagues feast in the Nation’s Capitol, consider it an opportunity to visit that part of America that you should at least know exists, even if you remain determined to misunderstand it.

Trump returns to the NRA, which backed him early and often in 2016