Politicians and government officials aren’t known for their willingness to accept responsibility. When faced with the blame for some social ill, they are quick to offer a scapegoat in order to avoid accountability. The tactic is often used to target gun owners or gun dealers, especially those from other states. When it comes to New York officials, their perpetual scapegoats are Virginia gun owners and gun dealers.

Earlier this month, New York prosecutors announced the indictment of 24 individuals in connection to a gun-trafficking ring that allegedly smuggled roughly 200 firearms from Virginia to New York City.

The indictment makes clear that the alleged criminal conspiracy used non-prohibited individuals to acquire firearms from dealers, pursuant to a NICS background check. The document states, “members of the conspiracy directed straw purchasers to acquire specific types or models of firearms from Federal Firearms Licensed retailers (“FFL”), both from brick-and-mortar store locations and from gun shows.”

The alleged conspiracy’s method of obtaining firearms illustrates the futility of restrictions on the private transfer of firearms. NRA has long pointed out that the background check measures pushed by gun control advocates would do nothing to stop criminals from accessing firearms by these means. Moreover, a 2000 ATF report acknowledged that “[t]he most frequent type of trafficking channel identified in ATF investigations is straw purchasing from federally licensed firearms dealers. Nearly 50 percent…”

Rather than take the obvious lesson from this incident – that criminals are not impeded by background checks – anti-gun officials have used this case to argue for the return of Virginia’s handgun rationing law.

In 1993, Governor Douglas Wilder signed a law limiting handgun purchases to one within any 30 day period. The law stood until 2012, when Governor Bob McDonnell signed legislation repealing the measure.

Unfortunately for Virginians, one of the New Yorkers blaming the Old Dominion for the Empire State’s problems occupies the commonwealth’s Executive Mansion. This week, Virginia Governor Terry McAuliffe – a native of Syracuse, N.Y. and staunch ally of Bill and Hillary Clinton – called for the enactment of a new one-handgun-a-month law. In doing so, McAuliffe stated in a press release “Five years ago, the General Assembly took the ill-advised step of repealing this common-sense limitation. As a result, Virginia is once again becoming the go-to state for criminals to purchase weapons in bulk.” Moreover, McAuliffe proposed an amendment that would resurrect the handgun rationing law to Senate Bill 1023, a bill intended to protect the privacy of Right-to-Carry permit holders.

As reported in the Richmond Times-Dispatch, SB 1023’s sponsor, Sen. Richard H. Stuart did not appreciate the governor’s attempt to pervert his legislation. Stuart noted, “I also find it unfortunate that the governor chooses to place his priorities with New York City instead of the citizens of Virginia.”

McAuliffe’s contention that “Virginia is once again becoming the go-to state” for gun traffickers, is not supported by the available data.

Each year the ATF’s Office of Strategic Intelligence and Information releases information on firearm trace data for each state. This includes a breakdown of the number of firearms recovered in a state that are traced to individual “source” states. The most recent data available is from 2015.

It is important to note that there are significant limitations to the usefulness of ATF firearms trace data. The data carries an important disclaimer explaining these limitations. Two points to remember in this context are that “Not all firearms used in crime are traced and not all firearms traced are used in crime,” and that, “Firearms are normally traced to the first retail seller, and sources reported for firearms traced do not necessarily represent the sources or methods by which firearms in general are acquired for use in crime.” However, the use of this data is popular with gun control supporters, and is often used to blame the gun laws of another state for crime problems in a state with restrictive gun controls.

If McAuliffe’s contention were correct, or if Virginia’s handgun rationing law was an effective deterrent to interstate gun trafficking, it might be expected that the number of firearms recovered in New York and traced to Virginia would have dramatically increased following the repeal of the one-handgun-a-month law.

This is not the case.

Such handgun rationing measures also appear to have little public safety benefit. A recent paper by scholar Clayton E. Cramer examined murder rates in relation to the enactment and repeal of gun rationing statutes. Cramer concludes, “The evidence that one gun a month laws are effective at reducing murder rates is less than overwhelming,” adding, “Virginia’s experience after passage suggests that such laws do not reduce murder rates.”

In order to push their anti-gun agenda, McAuliffe and others have seized on an audio clip of one of the men indicted in the trafficking conspiracy. In a wiretap recording, alleged conspirator Antwan Walker can be heard saying, “I can go get 20 guns from the store tomorrow. I can do that Monday through Friday.” Virginia’s anti-gun Attorney General Mark Herring told the press, “When you’ve got gun runners on tape bragging about how weak our gun laws are it should be a pretty clear signal that something needs to change.” Brooklyn District Attorney Eric Gonzalez remarked to the New York Times, “When you hear a trafficker boasting about the weak gun laws in Virginia, it is crystal clear that this needs to be addressed.”

This repeated use of the alleged trafficker’s statement is misleading without the proper context. While law-abiding Virginian’s are free to purchase as many handguns as they choose, multiple handgun sales of the type contemplated on the wiretap are subject to strict federal reporting requirements.

Federal law imposes a requirement on Federal Firearms Licensees to report the multiple sale of handguns made to an individual within five consecutive business days. Specifically, 18 U.S.C. § 923(g)(3)(A) states,

Each licensee shall prepare a report of multiple sales or other dispositions whenever the licensee sells or otherwise disposes of, at one time or during any five consecutive business days, two or more pistols, or revolvers, or any combination of pistols and revolvers totalling two or more, to an unlicensed person. The report shall be prepared on a form specified by the Attorney General and forwarded to the office specified thereon and to the department of State police or State law enforcement agency of the State or local law enforcement agency of the local jurisdiction in which the sale or other disposition took place, not later than the close of business on the day that the multiple sale or other disposition occurs.

So while gun control supporters might like to give the impression that the repeal of Virginia’s handgun rationing law has allowed criminals unfettered access to unlimited firearms, in truth, Congress has already provided for a method to monitor and curtail gun traffickers who purchase significant quantities of firearms. Walker and his alleged accomplices may not be aware of the finer points of federal gun law, but elected officials should be expected to apprise themselves of the facts in order to avoid misleading the public.

As noted earlier, in 2015 more New York recovered firearms were traced to the Empire State than any other. Given that this circumstance exists despite a gun control regime that operates at or beyond the limits of the U.S. Constitution, it is time for New York officials to reexamine their approach to combatting violent crime and abandon their long running campaign of harassment against gun owners.

“Zero Tolerance” Policies and the Making of a Preschool Pariah 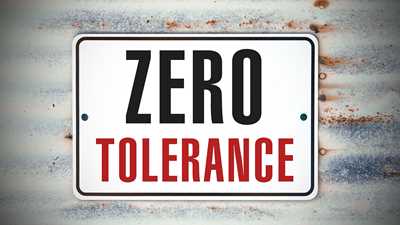