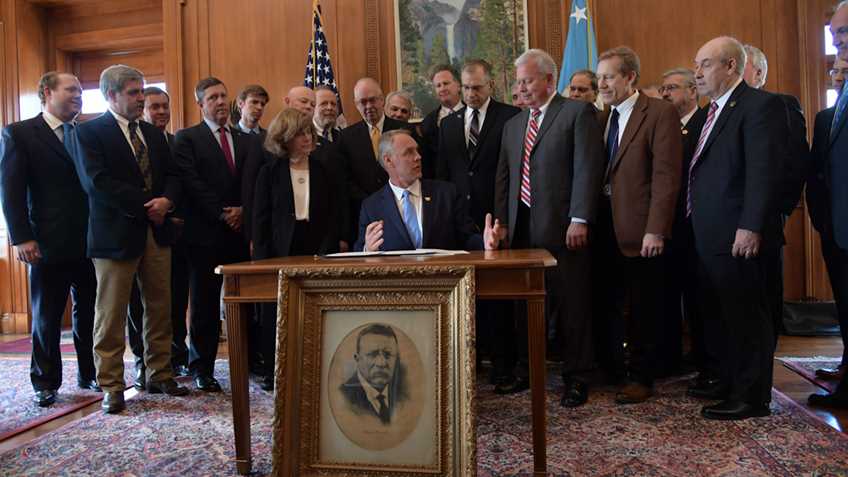 Fairfax, VA. - The National Rifle Association applauds Secretary Zinke’s decision to withdraw Director’s Order No. 219, a decree imposed on the final day of the Obama presidency to ban the use of lead ammunition and fishing tackle on national wildlife refuges. Chris W. Cox, executive director of NRA’s Institute for Legislative Action, attended the official signing of Secretarial Order 3347.

“This was a reckless, unilateral overreach that would have devastated the sportsmen's community,” said Cox. “The Obama administration failed to consult with state fish and wildlife agencies or national angling and hunting organizations in issuing this order. This was not a decision based on sound scientific evidence -- it was a last second attack on traditional ammunition and our hunting heritage.”

Issued by the U.S. Fish and Wildlife Service on January 19, 2017, Director’s Order No. 219 bans the use of lead ammunition and fishing tackle on lands, waters, and facilities managed by the Service. Today's action demonstrates Secretary Zinke’s commitment to protecting our country’s treasured outdoor legacy.

“The fact is that traditional ammunition does not pose a significant population-level risk for wildlife. On behalf of the five million members of the NRA and tens of millions of American sportsmen, we thank Secretary Zinke for eliminating this arbitrary attack on our hunting heritage,” Cox concluded.