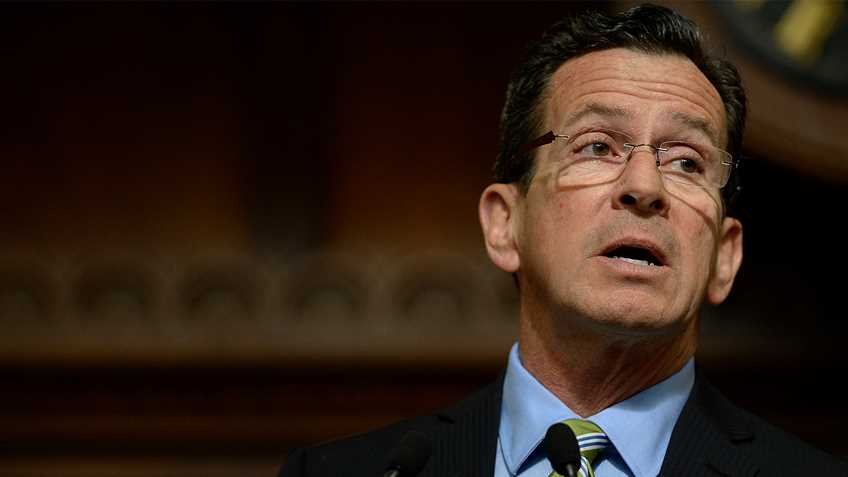 Times are tough in the Constitution State, where Democrat governor Dannel Malloy of Connecticut, despite governing the fifth wealthiest state in the nation, where 25% of households earn more than $100,000 and 10% earn more than $200,000 a year, the state is facing a two-year, $3.6 billion deficit. The budget crunch is no surprise, given that his economic and tax policies have caused General Electric to relocate its headquarters to Boston, with Aetna and Duracell contemplating similar moves.

Businesses have also left in response to anti-gun policies pushed by Malloy and his fellow Democrats. America’s largest shotgun manufacturer, O.F. Mossberg & Sons, Inc. decided to expand its operations in Texas instead of Connecticut, while PTR Industries moved to gun-friendly South Carolina after its entire product line was declared illegal in the state.

Faced with the difficult decision of where to recover lost revenue, it’s no surprise that Governor Malloy, whose campaign received $1.7 million from Michael Bloomberg’s Independence USA PAC, is targeting gun owners by increasing the cost of their firearms permits.

Malloy’s proposed budget would increase the state portion of the pistol permit fee from $70 to $300 and the initial 5-year pistol permit fee from $140 to $370, bringing in an additional $9 million annually. Background check fees would also increase from $50 to $75, raising another $2.6 million each year. At a legislative hearing, Malloy's budget chief, Ben Barnes, stated the increase was consistent with “a neighboring jurisdiction” – New York City, which charges $350 for a three-year permit. He further claimed this was “a reasonable amount, given the other costs of gun ownership” that “more fairly reflects the costs of general enforcement of our gun laws."

In reality, a 2013 report from the Connecticut Office of Legislative Management analyzing handgun permit fees nationally determine that “Connecticut's gun permit fees appear to be higher than most other states.” In the surrounding states, there are fees of $100 every six years in Massachusetts, $40 every four years in Rhode Island, and only $10 in many areas of New York State outside New York City. The three northern New England states of Maine, New Hampshire, and Vermont, which have permitless carry, charge no fees to allow residents to exercise their Second Amendment Rights.

Scott Wilson, president of the Connecticut Citizens Defense League, said that after paying for an NRA training course and fingerprint fees, some gun owners “will not be able to afford to renew their permits,” and that the fee hike would backfire because fewer citizens would renew their permits.

Joan M. Liska, a senior citizen from Middletown, echoed this sentiment, stating that a fee increase would be difficult people like her who live on a limited income. She carries for self-defense because she’s “not as physically capable of defending myself as I was when I was younger” and fears that “if I give up my permit, that leaves me defenseless."

Governor Malloy’s proposal reminds us that licensing is when the government takes away your right to do something and then sells it back to you. A right specifically enumerated in the Bill of Rights in the present case. The scheme is also not dissimilar to poll taxes, where citizens had to pay a fee before they could exercise their right to vote. Those taxes were prohibited by passage of the 24th Amendment in 1964 and the U.S. Supreme Court’s 1966 decision in Harper v. Virginia State Board of Elections.

As the Connecticut Legislature considers Governor Malloy’s budget proposal, the National Rifle Association, the National Shooting Sports Foundation, and Connecticut Citizens Defense League are working together to oppose his plan. Connecticut residents are urged to contact their state representatives to defend their rights and oppose the proposed license fee increase.