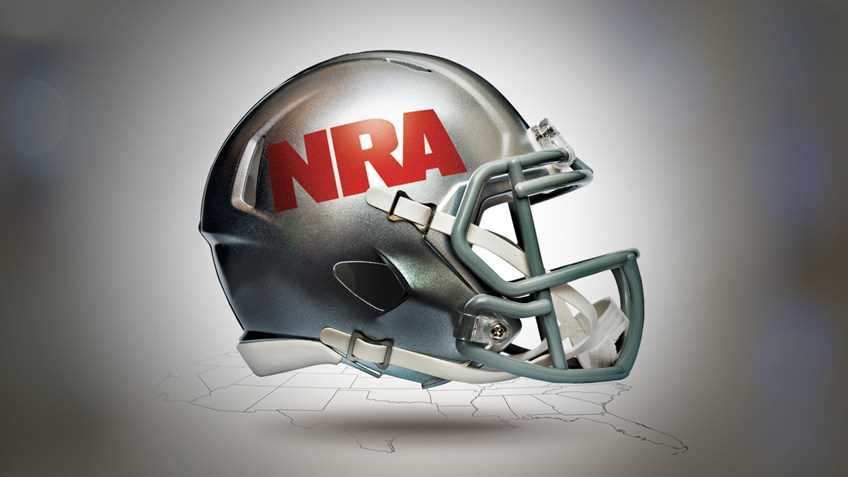 This feature appears in the December ‘16 issue of NRA America’s 1st Freedom, one of the official journals of the National Rifle Association.

Every year tens of millions of law-abiding gun owners and sportsmen work with NRA to advance pro-gun reforms and defeat attacks on our fundamental right to keep and bear arms. This past year, the challenges and opportunities were significant at the state level, including a continuing threat from Michael Bloomberg and his affiliated gun control groups in state capitals.

We faced Bloomberg’s falsehoods and a biased news media that was all too willing to perpetuate his agenda. Bloomberg’s contempt for gun owners has only grown stronger, but examples of our success at the state level confirm that despite his relentless propaganda, the majority of Americans continue to support the Second Amendment and our God-given right to self-defense.

The NRA saw significant victories throughout the country on numerous issues of importance to gun owners. What follows are highlights of some of our state-level activities in 2016.

On Dec. 22, 2015, Virginia Attorney General Mark Herring formally voided concealed-carry reciprocity agreements with half of the country, revoking the right to self-defense for millions of permit holders nationwide. The decision nullified agreements Virginia had established with 26 states and was set to take effect in early 2016.

Immediately after the announcement, NRA-ILA began working with state legislative leaders to find a solution. Through weeks of hard work and significant pressure brought to bear by NRA members, bipartisan negotiations resulted in an agreement on legislation to reverse Herring’s ruling and expand the number of states recognizing Virginia permits for state residents. The NRA-supported legislation was signed into law in late February.

Prior to 2016, it was legal for law-abiding gun owners to openly carry a firearm without a permit in these three states; however, if a firearm was covered by a coat or in a bag, a concealed-carry permit was needed. Passage of these permitless carry laws represents a huge victory for gun owners as they are now at liberty to exercise their right to carry in the manner that best suits their needs.

But these victories were not easy. In all three states, Bloomberg’s anti-gun groups waged all-out campaigns full of misleading facts and statistics to undermine the rights of law-abiding gun owners.

In contrast, West Virginia and Missouri governors showed their citizens that they were all too willing to give in to the misinformation campaign of Bloomberg and his allies. Those two governors vetoed permitless carry bills after they had passed their respective state Legislatures by wide margins.

Less than 24 hours after Gov. Earl Ray Tomblin’s expected veto of the permitless bill, two-thirds of the West Virginia House voted to override the governor and sent the bill to the Senate for consideration the following morning. Thanks to the unwavering support and leadership of Speaker Tim Armstead, Del. Saira Blair, Sen. Craig Blair, Sen. Charles Trump and Sen. Bill Cole, the West Virginia Legislature successfully overrode Tomblin on this critically important pro-gun reform.

In Missouri, the General Assembly passed an extensive self-defense bill that covered a vast array of pro-gun improvements. Not only did the legislation recognize Missourians’ right to carry without government-mandated permits, it also expanded existing Castle Doctrine and Stand Your Ground laws, and it made changes to the existing concealed-carry permitting process.

After its passage, Gov. Jay Nixon held the bill for six weeks, and despite the fact that gun owners throughout the state asked him to respect their firearm freedoms by signing the bill, Nixon ignored his constituents, sided with Bloomberg and other out-of-state gun control organizations, and vetoed the legislation.

With a veto override session scheduled for September, NRA generated a large grassroots effort, encouraging constituents to contact their legislators in support of overriding the veto. Thanks to the continued help of the bill sponsors, Sen. Brian Munzlinger and Rep. Eric Burlison, and leaders in the House and Senate, the General Assembly voted to override Nixon’s veto. Clearly, the Legislature heard from gun owners throughout the state. This historic victory for gun owners sent a clear message to Bloomberg that our self-defense rights are not for sale.

The fact that 40 states have passed laws or regulations recognizing the right to use suppressors while hunting should be a clear sign to the remaining 10 states that sportsmen across the nation deserve the numerous health and safety benefits of hunting with suppressors.These overrides would not have happened without the efforts of our members, sportsmen and law-abiding gun owners who not only contacted their legislators, but also encouraged their elected officials to take on their respective governors. Unlike Tomblin and Nixon, legislators in West Virginia and Missouri listened to their constituents and took action to protect and enhance the fundamental right to self-defense. These elected officials represented their constituents in spite of governors who caved to misleading anti-gun tactics, proving that your voice as a voter and citizen can carry the day.

In addition to the new permitless statutes in Missouri, West Virginia and Idaho, Mississippi improved its existing permitless carry law by expanding its carry options to include belt and shoulder holsters.

Mississippi originally passed permitless carry in 2015, allowing individuals to carry without a license in a purse, handbag, satchel, briefcase or fully enclosed case. Thanks to Rep. Andy Gipson, a bill was passed during the 2016 session that expanded carrying options for Mississippians. The governor, Phil Bryant, signed the measure on April 15.

Use of Firearm Sound Suppressors For Hunting
Legalizing the ownership, possession and sale of firearm suppressors for hunting.

NRA-ILA also achieved great advancements for gun owners and hunters as three states—Iowa, New Hampshire and Michigan—passed either regulations or legislation to expand the use of firearm suppressors. Before the 2016 legislative session, Iowa was one of only nine states where it was illegal to possess or use a suppressor, despite the fact that suppressors are legal to own under federal law. Thanks to the leadership of Reps. Matt Windschitl and Terry Baxter, the Hearing Protection Act passed the Iowa General Assembly with overwhelming bipartisan support and was signed into law by Gov. Terry Branstad. This made Iowa the 42nd state to allow the sale, use and possession of suppressors, and the 39th state to allow suppressors while hunting.

It was already legal for law-abiding citizens in Michigan and New Hampshire to possess and own suppressors. Sportsmen in these states, however, were being denied the health and safety benefits of utilizing suppressor technology while hunting due to state prohibitions. With the help of the NRA, the American Suppressor Association (ASA) and numerous Michiganders who voiced their support, the Michigan Natural Resources Commissioners voted to repeal the long-standing state prohibition on hunting with suppressors. Following the lead of Michigan and Iowa, the New Hampshire General Court repealed the ban on the use of suppressors while hunting, making it the 40th state to legalize hunting with a suppressor. Additionally, while hunting with a suppressor on private land was already legal in Oklahoma, the Oklahoma Legislature passed a bill to expand the areas where hunters can use suppressors to include public land.

The fact that 40 states have passed laws or regulations recognizing the right to use suppressors while hunting should be a clear sign to the remaining 10 states that sportsmen across the nation deserve the numerous health and safety benefits of hunting with suppressors. Not only do suppressors protect against permanent hearing damage, they also help introduce newer generations to hunting due to reduced noise. Going forward, the NRA intends to press for continued expansion of suppressor use until gun owners in all 50 states are able to enjoy hunting and outdoor shooting sports with the added benefits of using a suppressor.

The Second Amendment in 2017

As we reflect on a year in which we saw unprecedented attacks on our fundamental Second Amendment-protected rights, our united front against Bloomberg’s mega-million-dollar misinformation campaign resulted in numerous victories for gun owners around the country. There’s one thing we can be sure of heading into 2017: Attacks on our firearms freedom will not go away. Therefore, it is more important than ever that all NRA members stay involved in the legislative process and ensure that our voices are heard.

Commentary: Bloomberg has little to show for millions spent on gun control