On Wednesday, the United States Court of Appeals for the Third Circuit held that some individuals who have been denied their right to keep and bear arms might be able to recover their rights.

Unlike the rights to vote or to hold public office, which are often restored upon completion of sentence, restrictions on the right to keep and bear arms last long after completion of sentence and often extend to a lifetime ban.  This is the case for even some non-violent misdemeanor convictions, and that is what the plaintiffs in this case challenged.

While the federal prohibition on criminals possessing firearms is often described as applying to felons, it actually applies to certain misdemeanors as well, including non-violent ones.  And the prohibition applies even where the actual sentence doesn’t include any amount of imprisonment.

The plaintiffs in this case completed their sentences (which didn’t include imprisonment), went on to live law-abiding lives for many years, and even had their firearm rights restored under Pennsylvania law.  However, due to a convoluted interpretation by federal courts, the federal prohibition on firearm possession can continue to apply even after a person has had their rights restored by their state.

Given these facts, the Third Circuit found that the plaintiffs had “[distinguished] their crimes of conviction from those that historically led to exclusion from Second Amendment protections.”  With their Second Amendment rights intact, the government had the burden to prove a governmental interest in continuing to apply the complete firearm prohibition to the plaintiffs.  The court held that the government failed to meet this burden because it provided little evidence that the plaintiffs presented any danger to society.

The potential for review of this case by the Supreme Court reaffirms the importance of filling the late Justice Antonin Scalia’s still-vacant spot on the Court with a justice who will be a stalwart defender of the right to keep and bear arms.

Democratic VP Candidate Tim Kaine on Gun Control: “I can't think of an issue I'd rather be aligned with than this” 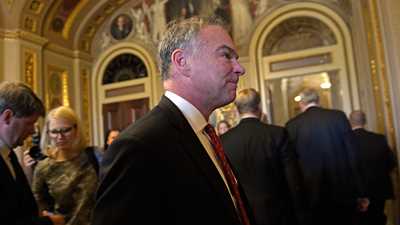