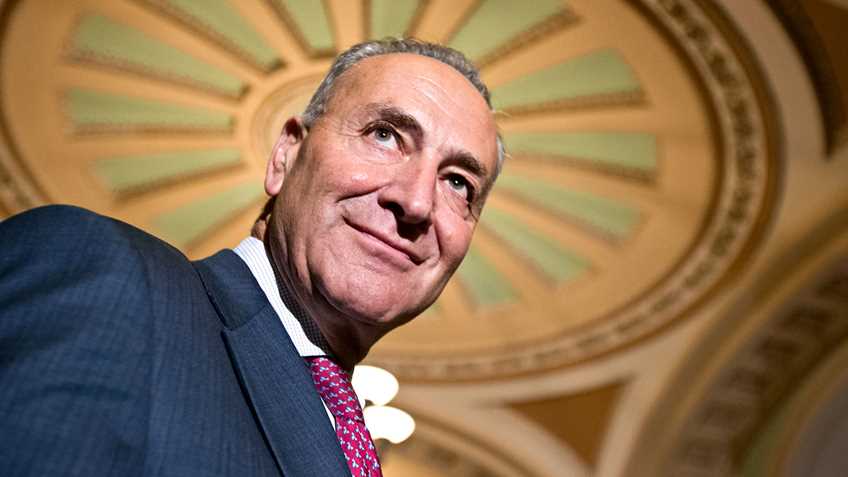 For the past several months, Brady Campaign President Dan Gross has been repeatedly telling anyone who will listen that support for gun control is at a “tipping point.” Gross’ theory suffered a blow this week as the Brady Campaign resorted to begging their ally, gun control stalwart Sen. Charles Schumer (D-N.Y.), to introduce a new version of his Fix Gun Checks Act.

According to an account by CBS News, frustrated with what they perceived as Schumer’s recent lack of effort on gun control, Monday Brady Campaign issued a statement complaining, “Last fall, Senator Schumer promised ... he would bring a bill to expand Brady background checks.” Gross went on to whine to reporters that “Senator Schumer has not yet delivered on that promise.” Shortly after Brady Campaign’s tantrum, Schumer introduced S.2934, or the Fix Gun Checks Act of 2016. Reports indicate that Schumer had been saving the legislation for the “right strategic moment.”

Brady Campaign’s decision to target Schumer, who has continuously proved himself a dedicated enemy of gun owners, drew rebukes from others in the anti-gun community. A Washington Post article, titled, “Why did a leading gun-control group just go after one of its own?,” noted, “calling out an ally in such a public fashion struck many in the gun-control world as awkward, at best, and harmful to their cause, at worst.” The gun control groups who rushed to Schumer’s defense included Michael Bloomberg’s Everytown and Americans for Responsible Solutions. Everytown Chief Communications Officer Erika Soto-Lamb reportedly told Guns.com, “Senator Schumer has been one of the foremost champions for gun violence prevention during his entire career in public service… We have no doubt that he will continue to be a passionate and strategic leader for the cause of saving American lives from gun violence.”

As for Schumer’s legislation, the bill is a rehash of previous versions of his Fix Gun Checks Act. S.2934 would criminalize nearly all private transfers of guns by requiring that individuals seek government permission, in the form of a National Instant Criminal Background Check System background check, in order to buy, sell, or trade a firearm. Even gun sales between longtime friends and family members are forbidden. Whereas the Manchin-Toomey amendment pertained to firearms transferred at gun shows or pursuant to print publication or online communication, this legislation covers transfers regardless of where they occur or the medium used to organize the transaction.

Another of the bill’s provisions would significantly broaden the number of individuals disqualified from purchasing and possessing firearms for mental health reasons. The legislation would expand the term “adjudicated as a mental defective” to cover those that have been compelled by a “court, board, commission, or other lawful authority” to receive counseling or medication. During a 2012 hearing on an earlier version of the bill, Attorney and Second Amendment scholar David Kopel pointed out the problems with Schumer’s “lawful authority” language. Kopel noted that this could be used to strip the firearms rights of an individual whose school administrator or employer merely ordered them to receive counseling as a condition of further enrollment or employment. This would be a severe violation of such an individual’s due process rights. Further, the legislation does not require that a court, board, commission, or other lawful authority make a finding that an individual is actually a danger to himself or others before stripping them of their rights.

Schumer’s bill also makes it a crime for a gun owner “to fail to report the theft or loss of a firearm, within 48 hours after the person discovers the theft or loss, to the Attorney General and to the appropriate local authorities.” Here Schumer further victimizes the targets of crime by exposing them to federal penalties. Further, this scheme violates the privacy of crime victims by forcing them to reveal their status as gun owners to local authorities and the federal government.

If the past behavior of gun control advocates is any indication, the “right strategic moment” to unleash this wide-ranging attack on gun rights would have likely come following the high-profile misuse of a firearm. Therefore, the Brady Campaign’s efforts to have Schumer introduce the bill now should be embraced by their fellow anti-gun groups. The Brady Campaign has perhaps spared gun control supporters a small amount of the embarrassing indignity with which they pursue their goals in the immediate aftermath of tragedy. 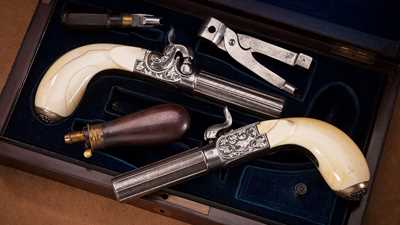