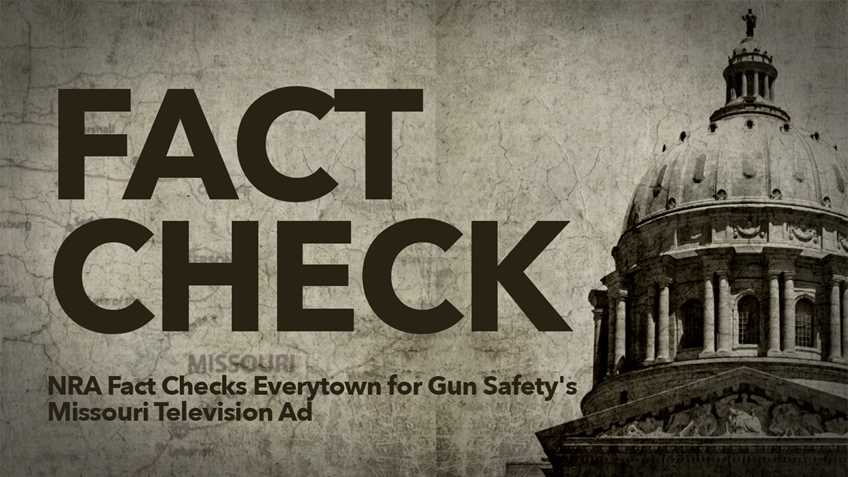 FACT: Existing Missouri law prohibits any possession of firearms by any convicted felon, anyone who is a habitual drug user, or anyone adjudged mentally incompetent (Mo. Rev. Stat. § 571.070). A violation of this law is a class C felony. Existing Missouri law already makes it a criminal offense to exhibit “any weapon readily capable of lethal use in an angry or threatening manner” (Mo. Stat. 571.030.1(4)); to handle or use a firearm while intoxicated or in a “negligent or unlawful manner” (Mo. Stat. 571.030.1(5)); and to possess a firearm while also in possession of illegal drugs (Mo. Stat. 571.030.1(11): controlled substances except 35 grams or less of marijuana or any synthetic cannabinoid). These state laws are not affected by SB 656.

In addition to any state firearm prohibitions, federal law continues to prohibit possession of firearms by those convicted of serious offenses or a misdemeanor crime of domestic violence, and persons who are unlawful users of any controlled substance.

The video ad specifically mentions people with “multiple DUIs” being allowed to carry. As mentioned above, carrying while intoxicated remains an criminal offense. Second, the law on driving while intoxicated in Missouri is not straightforward: it depends on the type of conviction and circumstances (see Mo. Stat. 577.023 and 577.010). However, because some kinds of “driving while intoxicated” offenses are punishable as felonies on a first offense (or if committed by a repeat offender), these would be prohibiting under both state and federal law (federal law prohibits any person with a conviction for an offense punishable by more than a year in jail). Any person convicted of a serious offense (including first-time DUI offenses punishable as felonies) would be prohibited from possession of a firearm

FACT: SB 656 does not do away with Missouri’s concealed carry permitting law. These permit provisions remain in force.

FALSE CLAIM: The bill "includes a Stand Your Ground provision that would upend Missouri self-defense law and allow people to shoot to kill in public places…"

FACT: SB 656 would not “upend” Missouri law because Missouri law does not impose a general duty to retreat before a person can legally use defensive force. Missouri law, as it stands now, does not require a person to retreat from a residence, vehicle or other private property that is owned or leased by the person (Mo. Stat. 563.031.3). What SB 656 does is tighten the law to state that a person cannot use deadly force against another person unless the person meets the specific legal requirements for the use of defensive deadly force listed in state law. (See bill page 4, line 18). SB 656 extends the protection to those using legally permitted defensive force to a person in a location the person has a right to be in. This would include non-property owners like a person staying at a relative’s home as an invited guest, a teenager who is home alone, an employee working at an employer’s premises or in an employer’s vehicle, or a person at an ATM making a late-night deposit.