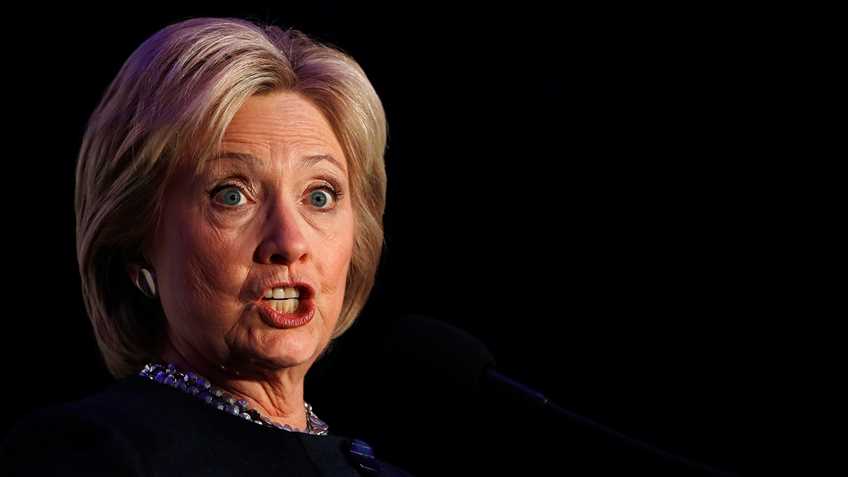 Hillary Clinton apparently wants to make sure that no matter how her current campaign fares, she will at least retain her title as the least trusted person in American politics. In campaign-panic mode on Monday, having lost the last five state caucuses to Sen. Bernie Sanders of Vermont, Clinton made another statement to be added to her ever-lengthening list of lies and misrepresentations.

The New York Post reports that Clinton falsely attacked Sanders by implication, telling a group of Democrats, “It’s going to be coming out in the very near future that many of the catastrophes that have taken human lives in the state of New York have been the product of guns coming over the border from Vermont.”  The implication, of course, is that Vermont’s lack of restrictive gun laws – as in New York – is to blame for New York’s crime woes.

Clinton must really be “feelin’ the Bern,” because her statement is preposterous, for at least three reasons.  First, ATF firearm tracing data show that crime guns don’t come from Vermont. In 2014, the most recent year for which data are available, only 0.7 percent of guns recovered by police in New York had first been sold at retail in Vermont.

Second, the average time between a firearm’s original retail sale, and its recovery by police in New York, is 15 years. For all Clinton knows, the exceedingly small number of guns from Vermont made their way to New York legally. A person may have moved from Vermont to New York and subsequently sold a firearm to a firearm dealer in the state, for example.

Third, Clinton’s attack upon Sanders isn’t even rational. Vermont’s gun control laws are established by its state legislature and governor. Sanders, a U.S. senator, serves in Congress. And Clinton and Sanders are running for president of the United States. It shows how desperate Clinton is, when she thinks she can beat Sanders on the basis of issues that have no relationship to the presidency.

Vermont’s governor, who has a role in determining his state’s laws, is reportedly a Clinton supporter. But maybe less so now, after what Clinton said. Speaking as diplomatically as possible, Gov. Peter Shumlin said, “things are sometimes said by all the candidates that sometimes aren’t entirely accurate. . . . I think you’d have a hard time convincing Vermonters that New York’s crime problems are coming from Vermont.”

A McClatchy-Marist poll released on Wednesday, the day after Sanders trounced Clinton in Wisconsin (by 57-43 percent) finds that 25 percent of Sanders’ supporters wouldn’t vote for Clinton in November, while only 69 percent would do so. The poll also finds that Sanders edges Clinton among Democrats nationally.

Clinton certainly cannot expect to improve those numbers by hurling unfair and dishonest accusations against Sanders and the state from which he hails. To the contrary, if she persists in the dishonest style that have become her trademark, she only adds to the numerous reasons voters already have to keep her out of the White House.