Standing Guard | Hillary’s War On Liberty, The NRA And The Second Amendment

In an attack that is unprecedented in our lifetimes, the destruction of the Second Amendment-protected rights of all Americans has emerged as the centerpiece of Hillary Clinton’s presidential campaign. If elected, she vows to make the Obama administration’s illegal, all-out war on our values and liberty look like amateur night.

Embracing the kind of mass confiscations that disarmed Australians in the 1990s, Hillary intends to take down the NRA, calling us her number one “enemy.”

Politico summed it up in a December 2015 online article (“Clinton makes gun control a defining cause”) declaring: “Clinton’s embrace of gun control is on the verge of becoming a defining issue in the campaign ... confronting the National Rifle Association and Second Amendment activists across the country.”

In ever-present attacks against the nation’s firearm owners and all who stand with us, Hillary knows that we are liberty’s wall; we are freedom’s safest place. “What stands in the way?” she asked during a campaign stop. “One of the most powerful lobbies in our country. The NRA, that intimidates and bullies legislators and governors into doing what they want. That must end.” Embracing the kind of mass confiscations that disarmed Australians in the 1990s, Hillary intends to take down the NRA, calling us her number one “enemy.”

She’s got it. Except we never intimidate. We don’t bully. We educate and we convince—inspiring tens of millions of Americans who are committed to stand and fight along with us to protect freedom.

In her campaign against the oldest civil rights organization in the nation, no slander is left unsaid. Try this headline from The Hill: “Hillary compares NRA to Iranians, communists.” It quotes the disgraced former secretary of state as saying, “You know, the NRA’s position reminds me of negotiating with the Iranians or the communists.”

As The Hill described her comments, “The Democratic primary front-runner accused the nation’s largest gun lobby of spreading propaganda to keep its dues-paying constituents paranoid.”

In Hillary’s world, no allegation is out of bounds or too extreme: “The NRA tries to keep gun owners—the ones who are members—really upset all the time so they can keep collecting their money, because they tell them they’re the only thing that’s going to stop the black helicopters from landing in the front yard and people’s guns being seized. That’s the argument they make. And it works with some people, and it has turned a lot of people into absolutists themselves.”

But it isn’t the NRA that “upsets” the nation’s firearm owners. It’s you, Hillary. It’s President Barack Obama. It’s the mindset and the actions of every element of the gun-ban movement that has turned ordinary Americans into “absolutists.”

Absolutists? You bet. When it comes to the defense of our uniquely American rights and the liberty they secure, we proudly accept that title. The Founding Fathers were absolutists in the finest sense.

This fight is about principle. It is about securing and protecting all of the rights recognized by the Founders and enshrined in the Constitution.

And a vast number of Americans understand that the National Rifle Association protects their freedom.

In a prescient October 2015 analysis of current public opinion polling, the National Review’s Charles C.W. Cooke—in an article headlined “Hillary Is Wrong: The NRA Is More Popular than She Is”—quoted the remarkable results of the Gallup organization’s recent public snapshot of the NRA:

“Despite a year of blistering criticism ... a solid majority of Americans (58 percent) say they have an overall favorable impression of the NRA. This includes the highest recording of “very favorable” opinions (26 percent) since Gallup began asking this question in 1989.”

Cooke commented: “To grasp just how impressive these numbers are in context, consider that since June 2009 there has been just one week during which the twice-elected president of the United States has been that popular. Per Gallup’s favorability tracker, Obama’s latest approval rating is just 46 percent, 12 points lower than the NRA’s. This is no aberration. Over the last two years, the NRA’s rating has never dropped below 54 percent. Over the same period, Obama’s has never hit 50.”

Hillary fared even worse. Her favorability rating (42 percent) is 16 points below the NRA’s, Cooke wrote.

No matter to Hillary. For her, vilification of the patriotic, bedrock values of millions of law-abiding Americans is a stock item. While embracing Australia’s mandatory confiscation and destruction of registered firearms from licensed owners, Hillary called for universal registration of firearms and licensing for American gun owners.

That’s why “universal” background checks are so important to the gun-ban crowd. It is a system of gun-owner registration. Only with such lists can they begin the business of government “gun collection.” Your guns. My guns. It is the universal first step under the phony guise of curbing the “epidemic of gun violence” that only her “common-sense” gun grab can solve.

In truth, individual Americans have a very practical answer to criminal violence—lawfully arming themselves in unprecedented numbers.While embracing Australia’s mandatory confiscation and destruction of registered firearms from licensed owners, Hillary called for universal registration of firearms and licensing for American gun owners.

Hillary’s answer is to disarm the potential victims, removing their means of defense of themselves, their families and their communities.

The Huffington Post’s November 2015 coverage celebrating Hillary as the inaugural recipient of the Brady Campaign’s “Mario M. Cuomo Visionary Award” said it better than I can: “Democratic presidential candidate Hillary Clinton called gun violence a ‘national emergency’ and urged the public not to give up hope that the gun lobby can be defeated.”

This attack on peaceable gun owners is Washington politics at its most cynical and dishonest level. While refusing to arrest, prosecute and jail violent criminals, Hillary aims to defeat you and me, our friends and neighbors—all who stand and fight.

In a campaign television ad, Hillary says, “This epidemic of gun violence knows no boundaries.” That is a lie. The “boundaries” of the huge increase in homicide are limited to cities with the harshest gun control and where federal gun prosecutions have dropped dramatically.

In Chicago, Los Angeles, New York City, Baltimore and Washington, D.C.—places where law-abiding citizens are all but disarmed by every permutation of gun control—the murder rates are appalling. Take Baltimore, which after enactment of Maryland’s unconstitutional new gun laws, is seeing the highest per capita spike in murder in its history.

All of these urban criminal enclaves are “gun-free zones.” And they are sanctuary cities for felons, drug dealers and repeat offenders. Violent criminals are illegally armed to the teeth because these are “prosecution-free zones,” ranking lowest in the nation for enforcement of federal laws that could take every armed criminal off the streets for at least five years.

In making gun confiscation the central theme of her campaign, Hillary Clinton has declared war not just on us, but on the very foundation and values of our great nation.

We must work every day to play the deciding role in the presidential elections to hand Hillary the biggest rejection possible at the polling booth and take this country back in the most important battle for freedom we’ll ever fight. 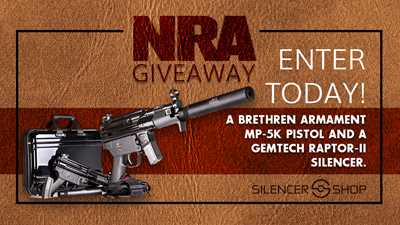