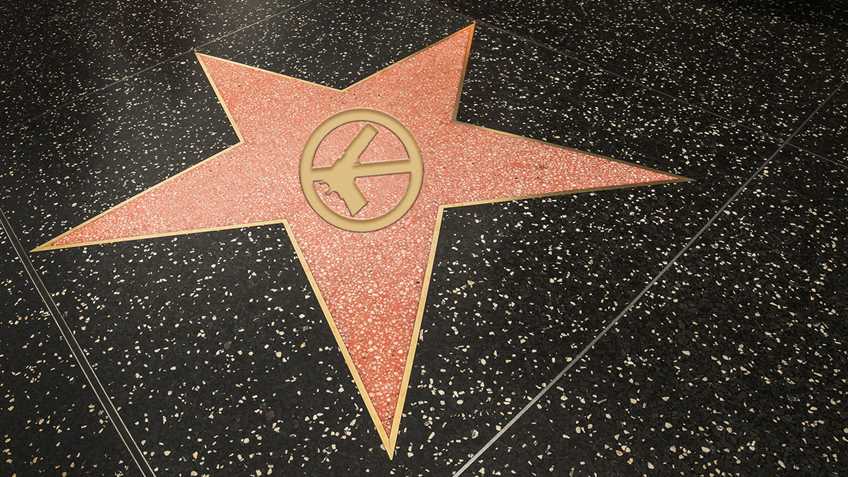 Does it ever seem like the entertainment industry needlessly interjects biased and politically-charged content into otherwise entertaining television programs or films? If so, rest assured you’re not unreasonably suspicious. Aside from the biases already attendant to the industry, the truth is that Hollywood is engaged in a concerted effort to propagandize unsuspecting Americans on certain political issues; and one of their chief causes is gun control.

This is an important point noted earlier this week by Daily Caller writer Dan Griffin, who brought much-needed attention to the work of the Entertainment Industries Council (EIC). Core to EIC’s mission is “Encouraging the entertainment industry to more effectively address and accurately depict major health and social issues.” According to EIC, civilian firearms ownership is one of the “major” issues requiring public conditioning.

To further this effort, EIC provides those in the entertainment industry with a list of “Depiction Suggestions” for how firearms should be portrayed on television and in film. Of the more than 30 “suggestions,” a handful target the criminal misuse of firearms. However, the vast majority seek to portray legitimate firearm ownership as destructive and dangerous.

Here are just a few examples:

Consider reflecting the reality that homeowners often freeze up or tremble so badly when trying to use a gun in self-defense that they are unable to deploy it. Or show them as being too frozen in fear to even get the gun.

Consider showing someone who is attempting to use a gun in self-defense being overpowered by the attacker who then uses the gun against him or her.

Consider depicting people as feeling less safe, rather than more safe, when they find their neighbors becoming increasingly armed.

If appropriate to the story, consider exploring a gun dealer’s or a gun supplier’s remorse about the harm done by someone to whom he or she furnished a firearm.

Consider having a character use a gun in what he/she believes is self-defense only to be charged with murder or manslaughter because it’s determined that excessive or unjustified lethal force was deployed.

Consider portraying a gun manufacturer making the right decisions in choosing to design a safer firearm.

Try making the point that having guns in the house may actually increase the possibility of home invasion robbery since firearms are an attractive target for theft.

While EIC states accuracy as an intended goal, they’ve failed woefully. For instance, EIC’s suggested characterizations of armed self-defense appear solely informed by their anti-gun prejudice. In reality, only a minority of defensive gun uses involve an individual firing at a criminal perpetrator, with the firearm often acting as a deterrent to further aggression. Moreover, in their book, Armed: New Perspectives on Gun Control, researchers Gary Kleck and Don B. Kates cite evidence suggesting those who resist crime using a firearm have more favorable outcomes than those who do not resist. The authors note, “Victims who used guns were less likely to be injured than crime victims who did not resist…,” and, “there does not appear to be any increase in injury risk due to defensive gun use that counterbalances its greater effectiveness in avoiding property loss.” The pair go on to explain, “In sum, defensive gun use rarely provokes criminals to attack victims, and on the rare occasions that gun-using victims are injured after using their guns, the injuries are almost always minor.”

While the entertainment industry’s assault on our rights did not begin with EIC’s efforts, EIC has been engaged in their anti-gun mission for more than 15 years, with their “Firearm Depiction Tip-Sheet” launching in 2000. A few years later, EIC created a “guide” to firearm issues for industry members, following a “Picture This” meeting that included a who’s who of the anti-gun movement. Just like the “Depiction Suggestions,” the guide contends to offer TV and film “creators” information on the dangers of firearms, much of which has been thoroughly debunked by NRA.

In the guide, special thanks is given to representatives from the Brady Campaign, Coalition to Stop Gun Violence, Million Mom March, and Violence Policy Center. The publication makes clear that it was produced “with support from The Joyce Foundation.” The Joyce Foundation is best known to gun rights supporters as a key funding source for the radical gun prohibitionist group Violence Policy Center. Further, the EIC board of trustees includes Wallis Annenberg, President and CEO of the anti-gun Annenberg Foundation. The Annenberg Foundation has made significant donations to the Brady Center to Prevent Gun Violence.

The document concludes by acknowledging EIC’s attempt to condition the public, noting, “All genres of entertainment can and do impart information to their audiences, which in turn may influence real-life decisions and beliefs.” The document adds that anti-gun propaganda should be embedded into all manner of entertainment, regardless of whether it is particularly suitable, stating, “Gun violence is not an issue only appropriate for police, medical or legal dramas. All types of programming — from television comedies to country music — can find an angle of the issue that will appeal to their audience while maintaining the integrity of the production.”

According to the Hollywood Reporter, in 2005, EIC mailed out 1,900 copies of the guide to “showrunners, development executives, writers, producers and directors in film and television,” and sent additional emails to “800 people working on TV shows or programs in development.”

Moreover, in 2003, EIC joined with the Joyce Foundation to launch the now defunct EDGE (Entertainment Depiction of Gun Education) awards. Commendations were given to television shows that best conformed to EIC’s suggested depictions of firearms. Those programs that received inaugural EDGE awards included 7th Heaven, ER, and The West Wing.

To EIC’s credit, their “Depiction Suggestions” do not include producing negative representations of the nation’s largest civil liberties organization, or as they might term NRA, the gun lobby. However, anti-gun studio executives have not let this oversight stop them.

Described by Variety as a “gun control drama,” Miss Sloane, a film set to be released in 2017, follows the exploits of a political strategist working on behalf of the gun control lobby. Actress Jessica Chastain, who portrays fictional gun control lobbyist Elizabeth Sloane in the film, told reporters, “It’s a David and Goliath story, with this woman up against a powerful force: the NRA.” It will certainly take some movie magic to portray a character whose real-world counterparts are principally bankrolled by a billionaire media mogul and his well-heeled cohorts as David, to a 5 million member grassroots organization’s Goliath.

Hollywood mega-producer and Hillary Clinton fundraiser Harvey Weinstein also has NRA in his sights. Weinstein is currently working on an anti-NRA project titled The Senator’s Wife. In early 2014, Weinstein told listeners of the Howard Stern Show that NRA is a “disaster area,” and, "I'm going to make a movie with Meryl Streep, and we're going to take this head-on. And they're going to wish they weren't alive after I'm done with them." When Weinstein isn’t pontificating against guns, he is the purveyor of violent films such as Rambo (2008), Pulp Fiction, and Grindhouse, and slasher flicks like Halloween and Scream.

Unfortunately, even the fiction section of your local library isn’t safe from the organized gun control agenda. According to an article from WashingtonPost.com, two-dozen crime writers have collaborated on a forthcoming collection of short stories, titled, Unloaded: Crime Writers Writing Without Guns. The anthology specifically contains stories in which the authors have refused to depict violence perpetrated with firearms, instead opting for other violent means, as some sort of incoherent statement against guns generally. The proceeds of the compilation will go to gun control group States United To Prevent Gun Violence. However, one surprisingly astute Washington Post writer points out, “If not overtly, then certainly implicitly, this is a pro-gun-control collection, but ironically, it seems to confirm the old NRA bumper sticker: ‘Guns Don’t Kill People. People Kill People.’”

In the face of entertainment industry intransigence, the most effective means of combatting this type of conditioning is to inform others of the concerted effort to indoctrinate the public. As for frustrated gun rights supporters, the next time you’re at home watching television or a film and encounter this sort of propaganda, just remember, there was a reason your mother called it the idiot box.