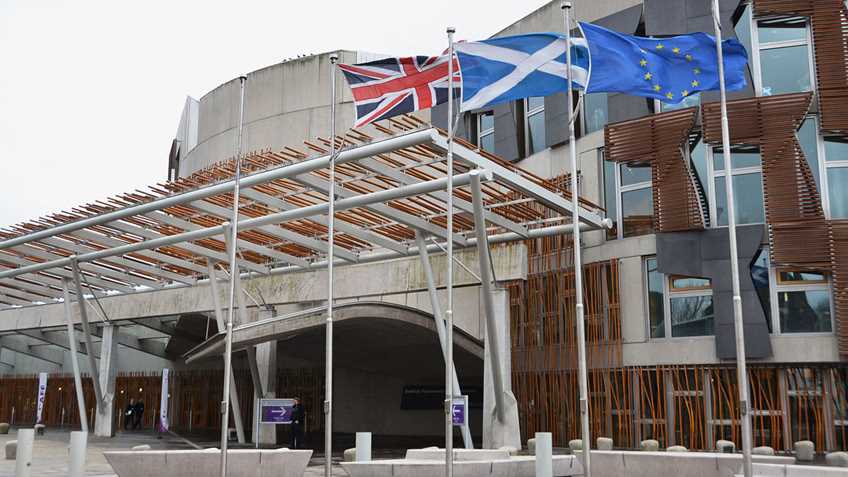 In a sad turn, the home of the Scottish Enlightenment continues to adopt benighted gun controls. On June 25, 2015, the Scottish Parliament passed the Air Weapons and Licensing Act, with Royal assent following on August 4. The legislation requires airgun owners to acquire a certificate or permit to continue to possess the devices. Late last week, Scottish officials announced July 1, 2016 as the deadline for obtaining the required documentation.

Specifically, the law makes it “an offence for a person to use, possess, purchase or acquire an air weapon without holding an air weapon certificate.” If convicted, a violator faces up to two years in prison.

Alternatively, law enforcement may issue a “police permit,” “visitor permit,” or “event permit” in order for those lacking an air weapon certificate to possess or acquire an airgun.

Back in November 2014, Scottish Police Federation General Secretary Calum Steele pointed out some of the problems with increasing the restrictions on airguns. Steele stated that the legislation was “not something that can be glibly dismissed as having little impact on the police service,” going on to note, “Adding the burden of having to deal with potentially up to 500,000 air weapons... is something that needs to be properly understood.” Steele went on to explain that otherwise well-meaning individuals were likely to be ensnared by the new rules, remarking, “I suspect that there are many people - possibly tens of thousands of individuals - out there who may well find themselves falling foul of the criminal justice system because of licensing offences, something that has never featured before.”

The British Association for Shooting and Conservation reiterated some of Steele’s concerns last week, telling the BBC, “The six months 'lead in' period (before a certificate becomes a legal requirement) is shorter than we had anticipated and may present a challenge to Police Scotland staff, who will administer the new regime.”

The Scottish government has been encouraging subjects to surrender their airguns for over a decade. In 2005, Scotland ran a campaign telling residents “If You Don’t Need It, Get Shot of It.” Intimidating pamphlets apprised Scots of the already severe restrictions on airguns, and told them, “If you don’t need an airgun, then give your neighbours a helping hand. Hand it in to the police.”

Unfortunately, Scotland isn’t the only part of the Anglosphere that has adopted absurd airgun restrictions. In Australia, air rifles are typically placed in the same licensing category as certain shotguns and rimfire rifles, and require a Category A firearms license to possess. The process to own even Category A firearms is intrusive, including an onerous application process.

The folly of the Australian scheme was brought into stark relief in early February, when the Townsville Crocodiles of Australia’s National Basketball league were informed by the Queensland Police Service that their compressed-air-powered t-shirt cannon was in fact a Category B weapon, akin to a centerfire rifle. The harmless device had been used by Townsville mascot The Croc to fire t-shirts into the crowd during breaks in the game.

Following confiscation of the device, Townsville General Manager Rob Honan told a reporter, “The ballistics unit informed the venue that essentially it was a category B weapon and it needed to be handed in, otherwise people in possession of it would be prosecuted.” Honan went on to add, “"I think you would be clutching at straws to think you could hurt someone… I think you would not get enough buildup of gas, it's just a PVC pipe, so it is not like a gun as such. This is really just a mechanism to get giveaways to the back of the crowd."

Praise for England is rare for this journal, however, the remainder of the United Kingdom should be mildly saluted for, as of yet, not enacting a Scottish-type airgun regime throughout the country. For Americans, Scotland and Australia’s foolish airgun schemes should stand as another reminder of the anti-gun advocates’ insatiable impulse for control.