Political Report | Despite Attacks, American Public Is With NRA

You may recall that during a presidential debate in October, Hillary Clinton named the NRA as among her favorite enemies. Unable to leave well enough alone, she went on to declare, “It’s time the entire country stood up to the NRA.”

What I find most striking about this brazen statement—and the attitude it represents—is just how out of touch Clinton is when it comes to the NRA, our membership and the tens of millions of Americans who support our work to protect and promote the Second Amendment. While her proclamation may have provided some political theater during a Democratic presidential debate, it’s clear she fails to grasp how important freedom is to the American people.

One way to measure where the public stands on a given issue is, of course, with polling. Polling has become the lifeblood of modern politics, and while the media can hyper-focus on polls at times, they can tell us a great deal about where the American people are, where they have been, and where they are likely to be on a given candidate or issue.

Recent polling illustrates that Clinton’s decision to incorporate anti-gun messaging and direct attacks on NRA is ill-advised if she wants to win the White House. In fact, the numbers show that the American public will be standing with NRA this fall. There is a great deal of work to be done between now and then, but one thing is clear—the American people are on our side.

A Rasmussen poll from early December asked participants if they agreed or disagreed with the statement that “[t]he NRA supports gun policies that make all Americans safer.” To that, 61 percent agreed, with 35 percent indicating that they agreed strongly.

Clinton might believe that pandering to her liberal base by attacking the NRA is a smart gambit, but these numbers suggest she is treading in dangerous waters.

With today’s 24/7 media cycle, she won’t be able to backtrack when it comes time to appeal to Republicans and Independents during the general election. Even among Democrats, she is not with the majority.

A clear majority of Americans holding a favorable view of the NRA is indeed good news, but it is more gratifying when one considers what the trend on this polling question shows. When Gallup asked this question in 1995, a majority of Americans (51 percent) had an unfavorable view of the NRA, while only 42 percent held a favorable opinion. A 16-point flip over the last two decades is an incredible testament to the hard work and dedication of NRA members educating the public regarding who we are and what we stand for.

These poll results are even more striking given the negative attacks leveled at our organization during the last several months by President Barack Obama, Michael Bloomberg, Clinton and other anti-gun elites who leverage vast media conglomerates to do their bidding. That a majority of Americans are able to see through the propaganda shows how much the anti-gunners continue to underestimate the NRA and our value to the American people.

And speaking of trends, the results of an ABC/Washington Post poll conducted in the aftermath of the terrorist attack in San Bernardino, Calif., are very instructive. Among other things, participants were asked if they favor an “assault weapon” ban. Remarkably, support for such a ban has fallen to an all-time low, with a majority (53 percent) currently opposed. While 80 percent of the public favored the ban in 1994, only 45 percent support it today. That 35-point shift is the result of a lot of hard work educating the public about what at one time was characterized as a “common-sense” measure to promote public safety. Today, such bans are more appropriately viewed by the American people with the skepticism they warrant.

All of this serves as a reminder of the enormous stakes in this election year. The American people are with us and our message. It’s now up to us to ensure our voices are heard at the ballot box. 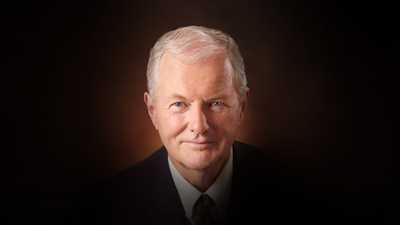