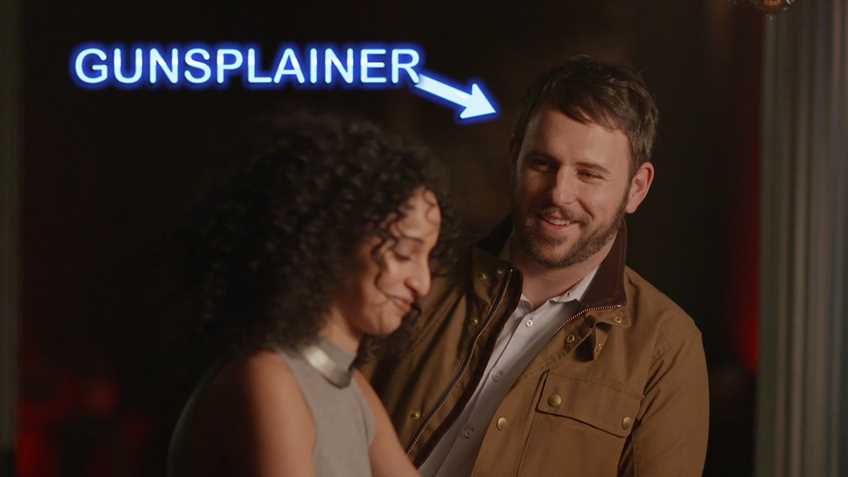 Few things are as painfully uncool as a 73-year-old billionaire’s desperate attempts to be relevant. This fact is brought into stark realization by Michael Bloomberg front-group Everytown for Gun Safety’s ham-handed new campaign aimed at stigmatizing guns and gun-owning men among young women.

Dubbed “Singled Out,” the campaign website curiously seeks to drive young women to the gun control cause by way of disparaging men who own firearms.  To Everytown, gun-owning men are predominantly “gunsplainers,” a derivation of the term mansplainer, which is a man who attempts to explain something to a woman in a patronizing way. Therefore, a “gunsplainer” is “a man who repeatedly and condescendingly explains to a woman why she’d be safer with a gun.”

The Everytown website misrepresents various aspects of the gun issue in a dumbed-down “Myths vs Facts” section designed to arm young women with the “facts” necessary to combat a “gunsplainer.” The whole enterprise gives the impression that Everytown intends the new term to encompass anyone brazen enough to challenge the wisdom of their policy positions.

At the risk of being labelled “gunsplainers,” we’d like to confront a few of the numerous misrepresentations in the “Myths vs Facts” portion of the site.

MYTH: He Says: “Why bother strengthening our gun laws, criminals will find ways to get guns anyway!”

FACT: You Can Say: “That’s like saying why outlaw bank robbery? Bank robbers are always going to steal.”

Individuals that have been convicted of felonies, misdemeanors punishable by more than two years, and those convicted of a misdemeanor crime of domestic violence are already federally barred from possessing firearms. While gun control supporters advocate background checks as a way to stop criminals from obtaining guns, surveys of prison inmates show that they acquire firearms by avenues that will not be influenced by background check restrictions.

A Bureau of Justice Statistics survey of state prison inmates asked these individuals where they obtained the firearms they possessed at the time of their offense. 37.4 percent responded that they sourced the firearm from family or a friend, while 40 percent cited “street/illegal source.”

MYTH: He Says: “Hey, more people are killed every year by hammers than by rifles.”

FACT: You Can Say: “I think it’s time for a math lesson.”

Gun rights supporters do frequently, and accurately, note that more people are murdered each year using blunt objects than rifles, but in a very specific context. Having failed to pass severe federal restrictions on the private ownership of handguns in the 1970s and 1980s, gun control supporters shifted their focus to outlawing commonly owned semi-automatic rifles, derisively calling them “assault weapons.” This made little sense, as the rifles targeted by these efforts, or for that matter rifles of any description, were rarely used in crime. However, gun control supporters believed they could capitalize off of the public’s unfamiliarity and confusion regarding these types of firearms to advance their disarmament agenda. This accurate pro-gun talking-point specifically targets the efficacy of bans on semi-automatic rifles; to knowingly characterize it as something else is disingenuous.

MYTH: He Says: “Background checks are just the first step in creating a national registry. Then they’re going to come take all our guns.”

Gun owners are not so much “paranoid,” as concerned with good reason. A January 4, 2013 Department of Justice National Institute of Justice memo titled, “Summary of Select Firearm Violence Prevention Strategies,” noted that the effectiveness of “universal” background checks depended on “requiring gun registration.” On December 5, the New York Times issued a front page editorial calling for gun confiscation. In October, Democratic presidential candidate Hillary Clinton expressed support for an Australia-style turn-in/confiscation scheme. Further, as Bloomberg should be well aware, New York City used its firearms registry to purge properly registered semi-automatic firearms from the city.  How could it possibly be paranoid to note that gun control advocates repeatedly turn to registration as an answer?

As has become customary with Everytown’s various efforts, this “gunsplainer” campaign is accompanied by a ludicrous video. In it, Everytown constructs a pro-gun strawman in the image of a boorish, gun-carrying misogynist. This buffoonish caricature proceeds to inartfully approach a woman sitting alone at a bar and cartoonishly express his love of firearms. The single woman, armed with Everytown talking points, skillfully deflects the man’s crude advances before leaving the bar entirely. The video is obviously intended to portray gun-owning men in a less than ideal light.

The tactic of overtly caricaturing and insulting gun owners is a bizarre one. Even Barack Obama has admitted that he needs the support of at least some gun owners in order to carry forth his ambitious anti-gun agenda. In the run-up to the 2013 vote on federal private transfer restrictions, Bloomberg sought to connect with gun owners using a hokey ad featuring a flannel-clad actor holding a shotgun while sitting on the back of a pickup truck. Bloomberg now seems to think a campaign of outright contempt will further his cause.

Unfortunately, one of the leading women’s publications, Cosmopolitan, has dutifully parroted Bloomberg’s talking points for a wider audience. This anti-gun slant is nothing new for Cosmopolitan and has been a theme for a handful of women’s magazines over the years. Cosmo’s anti-gun bent seemingly pervades every aspect of the magazine, with Editor Joanna Coles hawking Everytown branded bracelets as a must have fashion accessory. However, we trust its readers will accurately judge the prudence of receiving information on firearms policy from a publication with a website that includes hard-hitting “MUST READS” with titles such as, “ALERT: Lauren Conrad's Hair Isn't Red Anymore,” “The 18 Emotional Stages of Buying Beyoncé Tickets,” and “Unicorn Horns Are the Next Crazy Braid Trend and They're Strangely Magical.”

Moreover, Cosmopolitan is owned by the Hearst Corporation whose numerous publications have continuously advocated gun control. Over the decades, Hearst periodicals from Marie Claire and Esquire, to its various newspapers, have all been enlisted for the anti-gun cause. In 1997, publishers even managed to shoehorn an article about handgun trafficking into Good Housekeeping. Giving an indication of the company’s long-held position, in 1987 the Hearst Corporation produced a report titled “The American Public’s Knowledge of the U.S. Constitution.” The report stated, “Half (50%) of the American population wrongly believe the Constitution gives every citizen the right to own a handgun.”  Well, half did have it wrong, but not in the direction Hearst believed.

This headfirst leap into divisive gender-identity politics betrays the desperation of Everytown and the gun control movement. Research and anecdotal evidence indicate that women are becoming increasingly interested in firearm ownership. A survey conducted by the National Shooting Sports Foundation found that “74 percent of retailers reported an increase in women customers in their stores in 2013 over 2012.” On the anecdotal side, take for instance a January 21 Las Vegas Review Journal article on this year’s Shooting, Hunting, and Outdoor Trade Show (SHOT Show). Titled, “Women's influence shows everywhere at SHOT Show,” the article explains not only how women are becoming a more influential part of the shooting community, but also how women are making inroads in the firearms industry.

With its insulting oversimplification of complex policy issues, a candy-coated color scheme, and doltish attempts at youthful jargon, one might reasonably conclude that Everytown’s new campaign is a condescending attempt to influence its intended audience. After all, even if the wealthy 73-year-old male paternalist hides his opinions behind an elaborate team of public relations professionals, isn’t it still mansplaining? 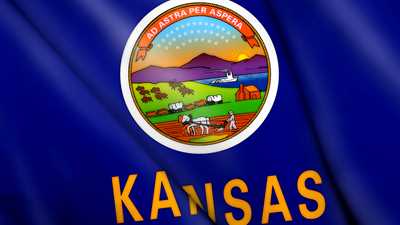