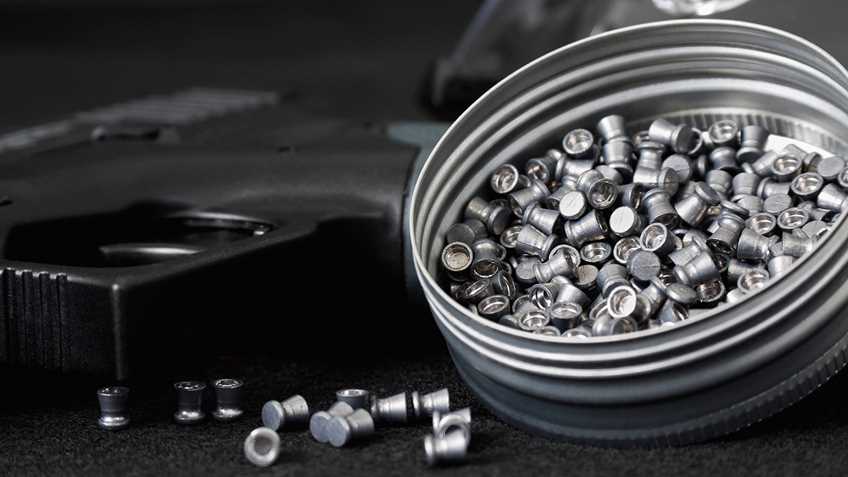 If it seems as though that every couple of months there is another high-profile gun control injustice in New Jersey, that’s because there is. The latest incident occurred in Woodbridge, N.J. when a local actor unwittingly violated the Garden State’s onerous gun laws.

According to an account provided by New York City’s WPIX, actor and stand-up comedian Carlo Bellario accepted the role of a gangster in a low budget film titled, Vendetta Games. While shooting a portion of the movie in November, the filmmaker provided Bellario with an air pistol to simulate a real firearm for the scene.

Describing what happened to WPIX, Bellario said, “Our scene was a simulated car chase scene. We just drove around the neighborhood. I’m pretending I’m shooting with the recoil, with a pellet gun. I guess people in the neighborhood saw that. They call the police. We get back and we’re surrounded by cop cars!”

(1) Any person who knowingly has in his possession any handgun, including any antique handgun, without first having obtained a permit to carry the same as provided in N.J.S.2C:58-4, is guilty of a crime of the second degree. (2) If the handgun is in the nature of an air gun, spring gun or pistol or other weapon of a similar nature in which the propelling force is a spring, elastic band, carbon dioxide, compressed or other gas or vapor, air or compressed air, or is ignited by compressed air, and ejecting a bullet or missile smaller than three-eighths of an inch in diameter, with sufficient force to injure a person it is a crime of the third degree

This means that in order to possess an air pistol in public one must obtain a rather difficult to acquire permit to carry. Neither the filmmaker nor Bellario had a permit.

According to the article, despite explaining to police officers that he was filming a scene, Bellario was arrested and charged with unlawful possession of a weapon. Bellario was forced to spend 4 days in Middlesex County jail before his girlfriend acquired $10,000 for bail with the help of a bondsman. With the impending legal expenses, Bellario has established a gofundme account to help pay for his defense. Unlawful possession of an air pistol is a third degree felony punishable by 3-5 years in prison.

Felony charges for the unpermitted possession of an air pistol during filming is another unconscionable result of New Jersey gun laws that are wildly out-of-step with the most of the nation. In recent years, a litany of well-meaning gun owners have been victimized by New Jersey law. In several cases mistaken residents of other states have brought a firearm to New Jersey unaware of the state’s stringent possession and carry laws.

Thankfully, these unintentional lawbreakers have made their mistakes during a gubernatorial administration that is willing to exercise some common sense. In 2010, Governor Chris Christie famously commuted the sentence of Brian Aitken, a gun owner who brought a lawfully owned gun from Colorado to New Jersey. Christie went on to pardon Philadelphia nurse and mother Shaneen Allen, who mistakenly believed her Pennsylvania carry permit was valid in the Garden State. Moreover, last September Christie pardoned three others who unknowingly violated New Jersey’s gun laws.

While the actions of the Christie administration in helping these gun owners should be applauded, the fact that these outlandish prosecutions continue to occur reveals a deeper problem that must be changed legislatively. NRA will continue to work with New Jersey’s gun owners to try to alleviate the most burdensome and nonsensical portions of the state’s gun laws. Hopefully in the future those like Bellario, and otherwise law-abiding gun owners like Aitken and Allen, will not have to rely on the decency and common sense of the executive branch to stay out of prison.