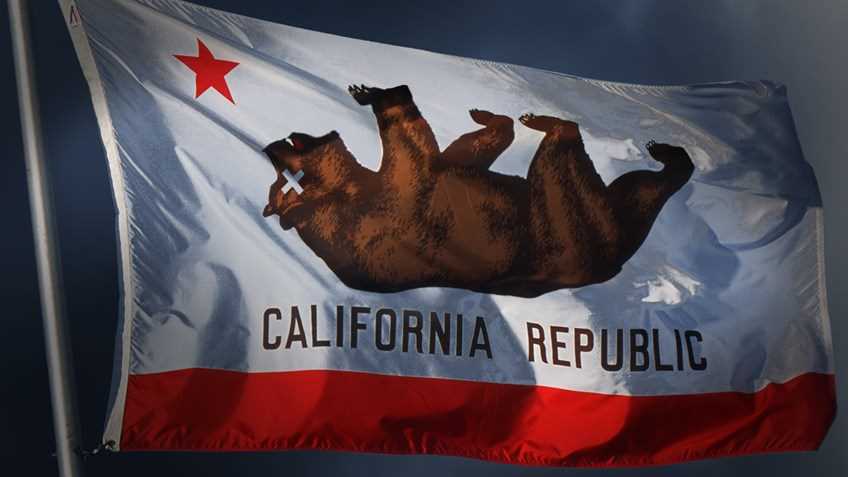 On Oct. 15, 2015, California Lt. Gov. Gavin Newsom held a carefully orchestrated press conference to trumpet his plan to place several Draconian anti-gun measures on the November 2016 California ballot—the same one on which Californians will vote for our next president. He was flanked by anti-gun activists and lawyers for the gun-ban lobby.

Newsom’s proposal would, among other things:


Newsom and his cohorts will need at least 365,880 signatures from registered California voters to qualify the initiative for the November 2016 ballot. Using paid signature gatherers, those signatures will cost several million dollars to collect. But billionaire statists like Michael Bloomberg, gun control groups and other “progressive” organizations like The Joyce Foundation are collectively throwing hundreds of millions of dollars into a national campaign to demonize gun owners across the country, so it’s obvious they will spend what’s necessary to expand the fight in California.

California already has some of the strictest gun laws in the country. Yet violent crime, particularly among street gangs and drug dealers, is still out of control. Every year, more useless gun laws get introduced. But there will never be enough gun restrictions for those whose true goal (now that the Supreme Court has told them they can’t ban possession of firearms entirely) is, either directly or indirectly, to ban possession of as many types of guns, from as many types of people and from as many places as possible.

Back To The Future

Newsom has never met a gun control law he didn’t like—no matter how pointless or counterproductive. As mayor of San Francisco, Newsom supported an ordinance that prohibited the possession of firearms on county property, required handguns to always be stored in locked containers, and increased the burdens placed on firearm retailers to such a degree that the one struggling gun store in San Francisco was finally forced to go out of business. Newsom was also mayor when the city passed Proposition H, a voter initiative that would have completely prohibited the possession of handguns by law-abiding citizens—if it hadn’t been stopped by a National Rifle Association/California Rifle & Pistol Association lawsuit. So it is not surprising to see Newsom jump back on the anti-gun bandwagon, riding along with other statist politicians looking for easy media coverage as they steer that wagon to the bottom of the civilian disarmament pit.

Even as the mayor of San Francisco, Newsom was a consummate opportunist. He recognized that attitudes about same-sex marriage were changing, and received national press coverage by issuing same-sex marriage licenses and refusing to obey the state law against it. He tried to use that issue as a way to run for governor back then, but was cut off by the emergence of Jerry Brown as a candidate. So Newsom had to settle for becoming California’s lieutenant governor. In that unglamorous position, he has had trouble keeping his name in the papers. Newsom tried to make legalization of marijuana his ticket to higher office, but that issue has moved faster than he could. It will be voted on next November, but others have emerged as the face of that campaign.“We will be the only state in America that has background checks on point-of-sale purchases of ammunition.” —Gavin Newsom

The Masquerade Of Red Tape

Making it impossible to get ammunition is a big part of the gun-ban lobby’s latest playbook. The president of the Brady Campaign’s Marin County, Calif., chapter started the most recent debate in an Oct. 6 op-ed in The Washington Post calling for “a focus on ammunition” instead of guns. He called for requiring buyers to obtain ammunition buyer licenses that show photo identification and for stamping every ammunition cartridge with a serial number. “A focus on ammunition wouldn’t infringe on the rights of law-abiding gun owners,” he proclaimed. “Instead, it would guarantee the protection of those rights—while saving many lives.”

Really? In truth, buyer licensing, background checks and cartridge stamping would require extreme and burdensome changes to the ammunition manufacturing and selling process. Ammunition would have to be moved behind the counter, and every ammunition sale would require a store employee to run a check on the buyer. One of the reasons a similar proposal failed in Sacramento was because the cost of ammunition would likely increase tenfold, possibly much more.

This goes right along with the “ban as many types of guns from as many types of people and from as many places as possible” strategy. With this scheme, the gun-ban lobby can make guns even less accessible—especially to Californians of limited means. The idea of restricting ammunition as a way of reducing the number of firearms can probably be traced to Daniel Patrick Moynihan, the late Democratic senator from New York. Moynihan argued, “We don’t need to ban guns; we need to ban ammunition, because in 25 years, if you can’t buy ammunition, it goes bad.” Moynihan called for outlawing ammunition, which over time would make all guns irrelevant.

And there it is.

If At First You Don’t Succeed …

“California can set the tone for the rest of the nation with these common-sense public safety provisions,” he said. “We will lead the nation. We’ll be the only state in America that has background checks on point-of-sale purchases of ammunition.”

Sure. It’s all about “common sense” and “public safety.” The only talking points he forgot to parrot were that it’s “for the children” and that he “respects” the Second Amendment. Tellingly, Newsom dodged questions about lessons to be learned from New York’s recent failed ammunition registration law, which would have required ammunition purchaser background checks as part of the 2013 safe Act. Gov. Andrew Cuomo, who is as anti-gun as a politician can get, suspended the provision in July because the database was unworkable, and the law unmanageable.

“New York tried. California will be the first to do it,” said Newsom, giving California bureaucrats far more benefit of the doubt than seems reasonable. The California Department of Justice Firearms Bureau, under the leadership of senatorial candidate and present California Attorney General Kamala Harris, has miserably mismanaged California’s existing criminal records and gun registration databases. But you don’t have to take our word for it—the California state auditor has twice blasted the department for its incompetence in administering gun laws under Harris’ reign.

Maybe Newsom doesn’t know that state bureaucrats shouldn’t be trusted to run such a massive—and massively expensive—project. Or maybe he just doesn’t care.

In truth, Newsom’s proposals read like a laundry list of failed legislation that couldn’t even pass in the anti-gun California legislature, largely because these laws are so obviously unworkable and ill-advised. As an example, a bill mandating background checks at the ammunition point-of-sale was killed in 2013 because legislators recognized the prohibitive costs associated with such a plan. “They are pretty silly. ... It’s just pandering to the prejudices of democratic activists Newsom needs for his gubernatorial bid.”—the Sacramento Bee

The prohibition on possessing so-called “large-capacity” (actually, standard capacity) magazines appears to be modeled after a 2013 Senate bill that also died in the legislature. At the time, Shasta County Sheriff Tom Bosenko pointed out that the bill would have done “nothing to address the causes of gun violence, such as criminal behavior, mental illness, or substance abuse.” The California State Sheriffs Association also opposed that bill, stating that “this measure would have little impact on the ability of criminals or other prohibited persons from obtaining large-capacity magazines,” and that the law “would unintentionally turn many law-abiding citizens into criminals, subject to felony prosecution, for failing to sell or destroy their lawfully obtained property.”

In 2012 and 2013, Gov. Brown vetoed bills that would have criminalized the failure to report a lost or stolen gun. In his veto message, Gov. Brown said he believed responsible people already report the loss or theft of a firearm “and irresponsible people do not. I remain skeptical that this bill would change those behaviors.”

Even the notoriously anti-gun Sacramento Bee has seen through Newsom’s nonsense, opining of the proposals:

“On their merits, they are pretty silly. As with other gun control measures, the law-abiding would obey them and lawbreakers and the deranged would ignore them. Nor is it a courageous act; rather, it’s just pandering to the prejudices of Democratic activists Newsom needs for his gubernatorial bid. California has no shortage of real issues—water supply, poverty, highway congestion, tax reform and educational deficiencies, to name but a few. Those who aspire to the governorship should tell us what they’d do about real problems, not merely peddle symbolic fluff.”

Actually, Maybe You Can Fool Them All

Newsom made sure to set up the NRA as a boogeyman for his campaign to fight against—a classic campaign and media attention-getting strategy.

“California will step up and step into this debate in a meaningful way,” he said. “And I’ll say this to the NRA, with all due respect, that you can intimidate politicians—we’ve seen them. But you can’t intimidate the public. That’s why we’re bringing this directly to the public.”

Newsom’s appeal, like many political sales pitches, is to the emotions of the unsophisticated segment of the public that doesn’t understand how burdensome and ineffective California’s gun laws already are, and how poorly the government administers the gun laws that exist. The prosecutions and ruined lives of the good people who accidentally violate California’s byzantine gun laws are simply collateral damage—or maybe intended targets.

It seems like that’s what Newsom is hoping for. But he isn’t running to be governor of San Francisco. He is running for governor of the entire state of California. Can he fool enough Californians to pass his nonsense? Newsom has made clear his intention to try.

The NRA, CRPA and other legitimate self-defense civil rights groups are already working together to oppose this Draconian anti-gun initiative every step of the way. California gun owners are joining, volunteering and responding with donations.

The fight is on.