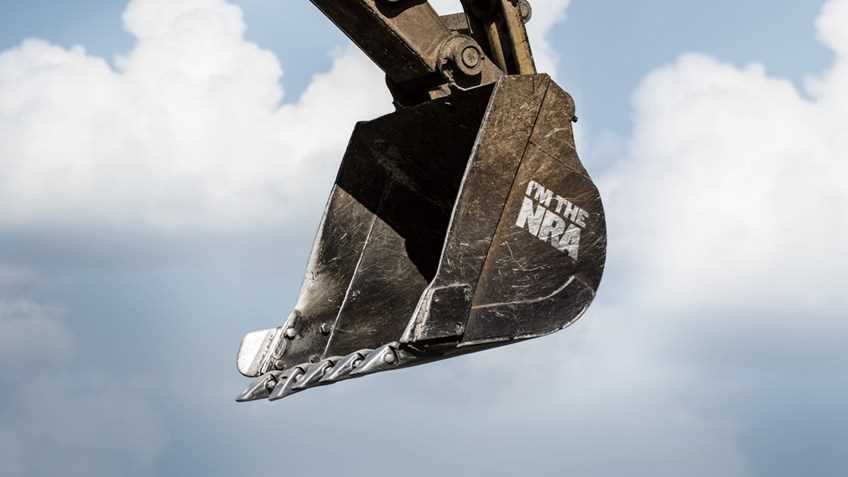 The presidential election cycle keeps getting longer and more expensive. Nearly a year before Americans will finally cast their ballots, candidates have already come and gone, untold millions of dollars have been spent, and those in a crowded field of primary contenders are jockeying for media attention and name recognition.

On the Democratic side, the long-anticipated coronation of Hillary Clinton no longer seems so certain, as the FBI investigates whether her “unorthodox” email practices as secretary of state might have compromised sensitive national security information. Meanwhile, her declining poll numbers on honesty and trustworthiness have been worrying Democratic insiders. According to Quinnipiac University poll results released in August, “‘Liar’ is the first word that comes to mind … when voters think of Clinton.” When the final challengers from both parties emerge, we will provide all the information you need to make the right choices to ensure the continued strength of the Second Amendment. Stay tuned.

The Republican field remains crowded, with a diverse group fighting for the nomination. How long it will take for a clear leader to materialize is unknown.

What is at stake, however, is the very future of our nation.

When the final challengers from both parties emerge, we will provide all the information you need to make the right choices to ensure the continued strength of the Second Amendment. Stay tuned.

In the meantime, an anti-gun billionaire continues to cast an ominous shadow over American politics. Michael Bloomberg needs no introduction here. Yet the degree to which he seeks to use his influence to undermine your rights cannot be overstated. Fellow dictatorial-minded moguls are urging him to run for president. Whether or not that happens, Bloomberg will be as involved in the political scene as any candidate. He has pledged his fortune to pursuing gun control, and in the motto of one of his many front groups, he will do “whatever it takes.” When you don’t have real grassroots support, money is what it takes in politics, and that alone ensures Bloomberg’s ability to attempt to exert his will. When the final challengers from both parties emerge, we will provide all the information you need to make the right choices to ensure the continued strength of the Second Amendment. Stay tuned.

Recently, I discussed how gun control proponents began retooling their legislative game plan in the wake of the stinging defeat Congress handed to Barack Obama’s 2013 anti-gun agenda. As I mentioned in that article, they are looking to change the map one state at a time, hoping they will eventually achieve a tipping point that will allow them to pursue their ambitions on the federal level.

Even if you feel insulated in a pro-gun state for now, don’t count on the status quo lasting forever. It takes work—difficult, unglamorous, little-noticed work—day in and day out at the state level to maintain our nation’s heritage of freedom, and it takes work to enact the “fundamental transformation” the president has promised his followers. We at the NRA have known this for a long time. Now the opposition is getting wise. Count on them to take the battle to the states and seize the offensive. While media outlets remain distracted by the ongoing spectacle of the extended primary season, don’t take your eyes off the legislative contests that are happening closer to home.

Those “solutions,” moreover, are not the gun control challenges of years past. Proposals to ban handguns are, for the most part, long gone, their fate sealed by the Supreme Court’s historic Heller decision in 2008. Rather than push for gun bans, blatant registration schemes or confiscation programs, the gun control advocates of today are willing to settle for incremental victories.

But make no mistake, this is all part of a larger plan. Each measure that gets passed reinforces the false perception that guns cause violence and that more controls are needed on the law-abiding to rein in the lawless. What you and I call freedom, they refer to as loopholes. The burdens they would heap on lawful gun ownership are portrayed as “common sense” or “responsible” measures to “keep guns out of the wrong hands.”

A few examples make the point. Bloomberg’s gun control mothership, Everytown for Gun Safety, claims on its website, “Requiring a criminal background check for all gun sales is the single most effective policy for keeping guns out of the hands of dangerous people and saving lives.” Of course, they know that almost all of the perpetrators of the high-profile crimes they use to promote their policies successfully passed a background check. They also know that the more common types of thugs who have long records and roam the streets with guns don’t go through background checks to get them and never will.

But so-called “universal” background checks often poll well, because most respondents don’t understand the issue. And, more to the point for Everytown, a truly universal background check system would set the stage for licensing and universal registration. It doesn’t make sense to require background checks for private sales unless the authorities know who had the gun in the first place, so the lack of a registry will become just one more “loophole” that needs to be closed.

Another issue that’s frequently invoked by gun control advocates is keeping guns away from domestic abusers. Federal law, of course, already prohibits persons convicted of domestic violence misdemeanors or who are the subject of a domestic violence restraining order from possessing or receiving a firearm. But that’s not enough, Bloomberg’s troops say. Don’t wait for a hearing, they say. Don’t limit the misdemeanors to violent offenses. Don’t limit the relationships that are considered “domestic.” And for crying out loud, they insist, seize the guns right away. Make the “abusers” disprove the allegations against them if they want their firearms returned.

Meanwhile, while they’re blaming the gun, what is the system doing about perpetrators of actual abuse? Are they being charged with, much less convicted of, felonies? Are they subject to detention so they don’t violate protective orders? Each measure that gets passed reinforces the false perception that guns cause violence and that more controls are needed on the law-abiding to rein in the lawless.

Also in this category are so-called “safe storage” laws. Who, after all, could argue with safe gun storage? No one. That is why laws aren’t needed to ensure that it remains the nearly universal practice of responsible gun owners (who, of course, are the only targets of such laws). The people I know who own guns are good citizens, love their families and want to protect their investments in firearms. They don’t need the threat of punishment to secure their guns appropriately when not being used.  Each measure that gets passed reinforces the false perception that guns cause violence and that more controls are needed on the law-abiding to rein in the lawless.

But the point isn’t safe storage. It’s making the innocent gun owner responsible when a criminal wrongly uses a gun. It’s perpetuating the premise that the gun in your home poses a threat to your neighbors, or their kids, even though you don’t. It’s making prospective gun owners weigh the potential for ruinous liability against the need to protect their families. In short, it’s the usual tactic of making the
law-abiding owner of the gun responsible for the wrongful acts of another.

These sorts of concepts can gain traction even in gun-friendly states. But the result is the same as with any sort of gun control. Bit by bit, gun owners are marginalized. Step by step, your rights disappear.

The news isn’t all bad, of course. As always, we’ll be hard at work pursuing our pro-gun agenda in the states: streamlining concealed-carry laws; expanding the scope of permits; strengthening your right to self-defense. While America is transfixed by the drama and theater of the early political primary season, battles for the Second Amendment will be joined in the states. We’ll be doing our part. And with your continued support, we will win.