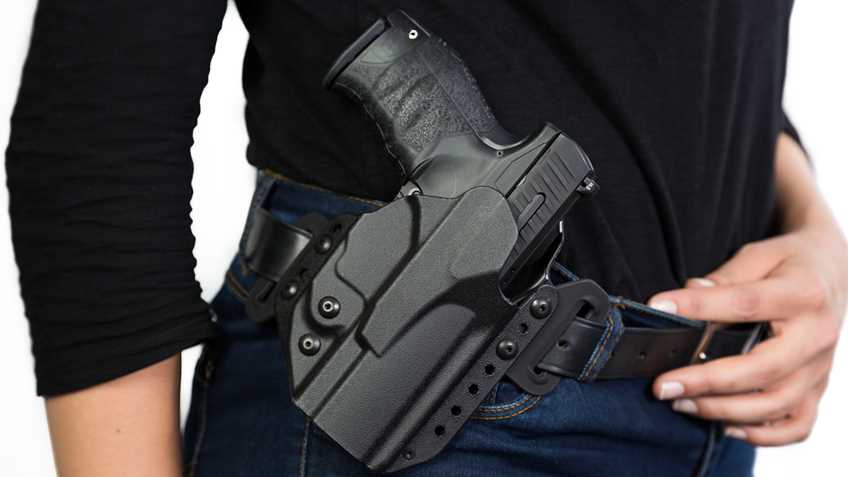 Many folks remember that during the fight to pass Florida's Concealed Carry law, the Florida Sheriffs Association opposed concealed carry.  They literally said they didn't like "hidden guns."

At the time, open carry was legal in Florida and had been for decades.  They said if people were going to be allowed to carry guns, they needed to carry them openly so law enforcement officers could see them and know who had guns -- they claimed it was a matter of officer safety.

Now, they have reversed positions.  They claim concealed carry is fine and they don't mind concealed guns.  BUT, open carry is dangerous. They claim they won't know the good guys from the bad guys, and one sheriff (now retired) said law enforcement would have to "draw down" and anybody carrying openly.  You've probably heard or read most of the rhetoric.

The Constitution guarantees your right to keep and bear arms and it certainly doesn't say you can only exercise your rights if your sheriff agrees with it.

Below are the facts about open carry -- it is a rebuttal of some the latest claims.

The Open Carry Bill & the 45 States that Allow Open Carry

In recent Palm Beach Post Blog articles and a Tampa Bay Times Blog article, the Chairman of the Florida Sheriffs Association's Legislative Committee (FSA) is quoted with some erroneous claims regarding the proposed open carry bill in Florida (SB-300 by Sen. Don Gaetz and HB-163 by Rep. Matt Gaetz).

In recent Palm Beach Post Blog articles and a Tampa Bay Times Blog article, the Chairman of the Florida Sheriffs Association's Legislative Committee (FSA) is quoted with some erroneous claims regarding the proposed open carry bill in Florida (SB-300 by Sen. Don Gaetz and HB-163 by Rep. Matt Gaetz).

Below are some of those claims and our responses.

FSA CLAIM: "The bill as currently drafted is extremely broad, lacking limits on when, how or where firearms could be carried."

FACT: The same provisions and restrictions that apply to concealed carry also apply to open carry (s.790.06).  Only a person with a license to carry concealed will be able to carry openly. Additionally, the improper exhibition of firearms law (s.790.10) applies whether carrying concealed or openly.

Further, because of these and other erroneous claims, a clarification amendment, to stop open carry opponents from continuing to make such false claims, was added to the bill in Senate Criminal Justice Committee the morning of 10/20/15 – We know the spokesman made that claim even AFTER the clarification amendment was added because the spokesman made reference to an amendment "that didn't pass" in the same committee meeting.

Since the FSA spokesman obviously doesn't want to believe the NRA's data, the following data was provided by Florida Carry, Inc. – and their data confirms ours.

FSA CLAIM: "... most open-carry states have strict rules about ... producing the permit on demand."

FSA CLAIM:  "...[I]t's ‘intellectually dishonest' to say open carry laws are working in the 45 other states because there are so many variations in the laws and the demographics.

FACT: The open carry laws are working in 45 states. Opponents have presented no evidence to the contrary – no evidence that it isn't working in any state and no evidence of problems in any state. These are just baseless allegations.  Simply because different states have variations in their laws does not in any way alter the fact that open carry is allowed and that it’s working.

FSA CLAIM:  "In Pennsylvania, for example, cities can opt out of its open carry law and some, including Philadelphia, do just that, Gualtieri said. Florida cities don't have the option to opt out of a state law."

FACT: This argument is illogical and perhaps intentionally misleading. Seventy percent (70%) of the American public live in open carry states from all regions of the country.  Many of the 45 open carry states have large and diverse cities just like Florida and where you live geographically, whether it's Trilby, FL or Fanning Springs, FL, you have the same constitutional rights as citizens who live in Miami, Tampa, or Orlando.

FSA CLAIM: "...the state's trespass law gives businesses the right to ask anyone openly carrying a weapon to leave their property," but they ... "will be reluctant to tell a person wearing a .45 to leave."

FACT: Posting signs prohibiting open carry inside a business establishment is a simple solution.  Proper notification will stop citizens from even entering the establishment.  Property owners already must post trespass signs to notify the public to stay off private property.

Businesses have the right to refuse service and evict anyone they wish unless it's done on the basis of race, gender, or religion.  Further, it is common to see signs that say, "No shirt, no shoes - no service."  Why are they reluctant to post signs saying, "No open carrying of firearms?"

FSA CLAIM: "..if you are McDonald's you won't be able to exclude somebody from putting their gun on the table and sitting there and eating."

FACT: Again, any business may evict a customer for behavior they deem to be offensive, dangerous or inappropriate.   Further it is a criminal offense under s.790.10 to exhibit a firearm in a rude or careless manner.