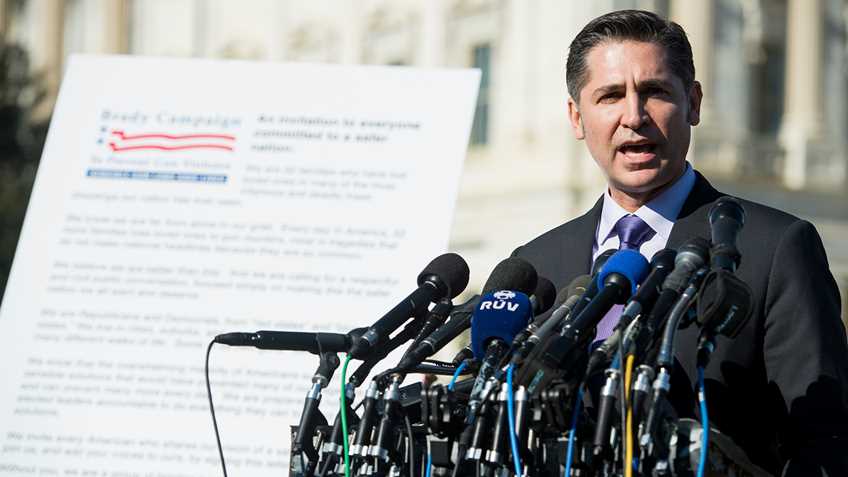 The Brady Campaign to Prevent Gun Violence has never had a firm grasp on the English language, as evidenced by the repudiation of their bizarre interpretation of the Second Amendment at the U.S. Supreme Court. However, this week, in an attempt to demonize NRA, Brady Campaign took their hyperbole to a new low, referring to the NRA as “terrorists.” That’s right; according to the Brady Campaign, the grassroots organization comprised of 5 million freedom-loving members that are dedicated to using the democratic process and legal framework to defend the constitutional rights of all Americans are “terrorists.”

The craven statement was made by Brady Campaign President Daniel Gross to The Hill. In the article, Gross criticized two Democratic presidential candidates, the NRA D- rated Bernie Sanders and F rated Lincoln Chafee, for not sufficiently conforming to the group’s radical gun control agenda. In taking particular issue with Chafee’s debate performance, in which the candidate stated he would try to negotiate with NRA, Gross stated, “[t]his is not a negotiation with the NRA… We don’t negotiate with terrorists.”

Unfortunately, this is not the first time radical gun control advocates, and others, have used this type of reprehensible language to slander gun owners or NRA. In early 2013, Stop Handgun Violence founder and president John Rosenthal, who is best known for his anti-gun billboard outside Boston’s Fenway Park, said on the Ed Schultz radio show that the NRA “in my mind is a terrorist organization as far as I'm concerned.”

Beyond full-time gun control advocates, the culprits are often their allies in the media. As recently as this month, New York Daily News columnist Linda Stasi wrote, “NRA should take its rightful place on the State Department list of terrorist organizations.” Last year, Mother Jones promoted a cartoon likening NRA to violent jihadis. Of course, the anti-gun Twittersphere and blogosphere are replete with similar inflammatory name-calling.

Not to be outdone, Hillary Clinton has gotten into the act. In June 2014, during a CNN “town hall,” Clinton remarked that gun control opponents “hold a viewpoint that terrorizes the majority of people.” However, never one to rest on her laurels, Clinton outdid herself in early October, comparing NRA to a state sponsor of terrorism when she told an Iowa crowd, “NRA’s position reminds me of negotiating with the Iranians or the communists.”

Those attempting to vilify NRA as terrorists or extremists should recognize that NRA’s positions are well within the American mainstream. A 2014 Gallup poll revealed that 63-percent of Americans believe that having a gun in the home makes the home a safer place to be. Further, another 2014 Gallup poll showed that when asked “[i]n general, do you feel that the laws covering the sale of firearms should be made more strict, less strict, or kept as they are now?” 52-percent of Americans opted to keep the laws the same or make them less strict.

In 2011, Barack Obama made a speech in Tucson, Ariz. following a tragic shooting, where he implored the nation to embrace civility in our political discourse. Obama noted that “only a more civil and honest public discourse can help us face up to our challenges as a nation.” Perhaps Obama would do well to direct similar comments more specifically at his increasingly base allies in the anti-gun community. We won’t hold our breath.

Carry the Torch of Our 2nd Amendment Freedoms in Central Illinois! 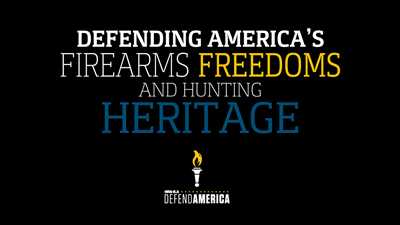