The 2015 California legislative session is now officially over and anti-gun groups continued to push a variety of anti-gun legislation.  This year, Governor Brown signed three anti-gun bills into law and vetoed one anti-gun bill.

The following anti-gun bills were signed into law:

Assembly Bill 96 prohibits a person from purchasing, selling, offering for sale, possessing with intent to sell, or importing with intent to sell ivory or rhinoceros horn, except as specified, and would make this prohibition enforceable by the California Department of Fish and Wildlife.   AB 96 was introduced with the intent of curbing poaching and helping to end the illegal ivory trade, which is an honorable endeavor.  However, AB 96 will not accomplish its purported objective.  This law now only harms those who have no part in these activities; firearm owners, sportsmen, hunters, recreational shooters and gun collectors who have legally purchased firearms (knives, jewelry, antiques and other items) that have incorporated ivory features for decades.   Needless to say, property that cannot be sold is radically diminished in value and/or now worthless.

Assembly Bill 1134 allows sheriffs to make agreements with and delegate the processing of all carry license (“CCW”) applications to a police chief of a city within the county.  AB 1134 only increases the red tape and costs associated with CCW issuance and will eliminate many Californians’ opportunity to apply for CCW permits with their duly elected county sheriff and instead further separate the right to bear arms from the will of the people by allowing unelected bureaucrats to rule on CCW applications.   As enacted AB 1134 does nothing to address crime and simply impedes law-abiding citizens from obtaining a valid CCW permit.

Senate Bill 707 prohibits CCW holders from possessing firearms on any properties that make up the grounds of a K-12 school or university, including many parking lots, common areas that may not be readily identifiable as school grounds, and student apartment buildings.   SB 707 will only cause more confusion and expense at the end of the day because of the imprecise language in the bill that can lead to inadvertent violations and unjust prosecution of otherwise law-abiding firearm owners.

Governor Brown did veto anti-gun Senate Bill 347.  SB 347 would have created a 10-year prohibition on firearm possession for carrying or transporting ammunition on school grounds.

Governor Brown stated in his veto letter, which includes nine other bills, that “each of these bills creates a crime – usually by finding a novel way to characterize and criminalize conduct that is already prescribed.  This multiplication and particularization of criminal behavior creates increasing complexity without commensurate benefit.” To view Governor Brown’s veto letter in its entirety, please click here.

Thank you to all of the NRA members who took the time to contact their California legislators this session.  The NRA will continue to fight for your Second Amendment rights and hunting heritage in California! 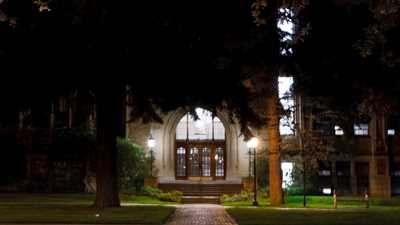