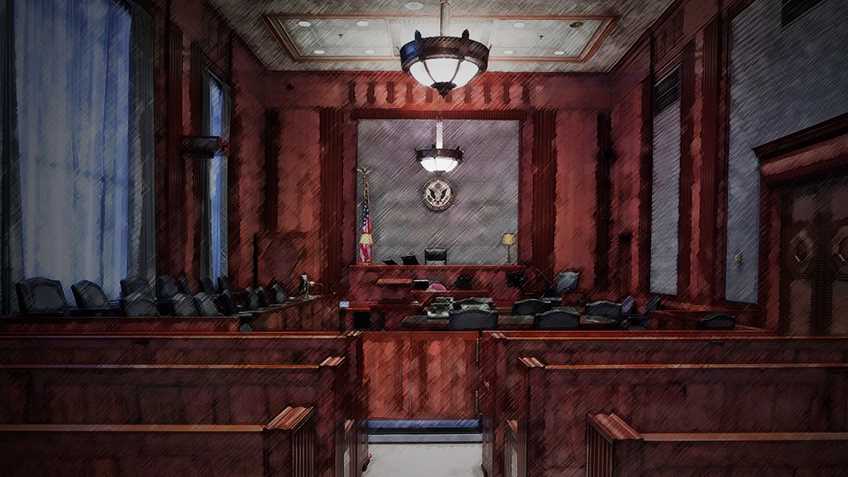 Madeline Singas, Acting District Attorney for Nassau County, New York, is a hypocrite. Worse, she is willing to gamble with the lives and safety of her staff and their families for her own perceived political benefit. While claiming “a commitment to justice, compassion, and integrity” and boasting about keeping “more vulnerable people safe,” she enforces a policy of mandatory disarmament amongst the attorneys who put their own safety on the line to administer justice in her jurisdiction. On Monday, Prof. Eugene Volokh broke the story that the Nassau County District Attorney’s Office bars prosecutors from having handguns, even at home.

Prosecutors, considered the top law enforcement officials of their jurisdictions, take an oath to defend and uphold the Constitution of the United States of America. They are invested with great public trust, making decisions that profoundly affect the life, liberty, and property of the residents of their jurisdictions, decisions that can increase or decrease the public’s respect for the justice system and the rule of law. The system can only work if they take that oath seriously.

Prosecutors also face a unique career hazard in taking public roles in seeing justice meted out to often very dangerous people. Some of those people will hold grudges and will look to settle scores. An article at FoxNews.com recounts the murders of 14 prosecutors and underscores the risks of those “who confront evil for a living.”

Thanks to Singas’ policy, Nassau County prosecutors will be finding themselves especially exposed, should they be forced to confront an aggrieved offender bent on doing them or their innocent family members harm.  The policy will also ensure that armed offenders have the upper hand in any such confrontation.

That’s a lot to ask of anybody for $52,000 a year, the salary of an entry level prosecutor in Singas’s office in 2014. For anybody who has tried to earn a living in the New York City Metropolitan Area, that’s not a lot of money. Clearly, the policy is aimed at impressionable young attorneys eager to begin their professional careers and to make a name for themselves. “Vulnerable” indeed.

According to Prof. Volokh, Singas’s Office justified the policy as follows: “Our practice of asking prosecutors to not possess handguns is to ensure the safety and comfort of staff, victims, and witnesses, and is consistent with other district attorney’s offices in the New York City metropolitan area.”

This is a bizarre and insufficient explanation for several reasons. First, they’re not simply “asking” their employees to follow a suggested practice. A document linked to in Prof. Volokh’s story clearly indicates the handgun ban is a mandatory condition of employment. Titled “Assistant District Attorney Application Information & Instruction Form,” it requires the applicant to acknowledge: “I understand that assistant district attorneys are not permitted to apply for a handgun permit nor own or possess a handgun while employed by the Nassau County District Attorney.”

Second, how could the ban possibly contribute to the “safety and comfort” of anybody, except criminals who would seek to victimize prosecutors? Prosecutors are presumably hired for their legal acumen, good judgment, and fidelity to the law. Most are subject to thorough background investigations. Yet as Prof. Volokh aptly observes, “As best I can tell, the theory is that the DA’s office is worried that prosecutors will come in to the office in a rage and shoot up the place. What kinds of people is the DA’s office hiring?”

Third, the policy only applies to handguns. Apparently, whatever “safety and comfort” issues are presented by employees’ handgun possession are not presented by their possession of long guns. Of course, anybody who’s read the Supreme Court’s Heller decision would know that a handgun ban is not saved by the theoretical availability of other types of firearms. “It is no answer to say,” the court wrote, “that it is permissible to ban the possession of handguns so long as the possession of other firearms (i.e., long guns) is allowed.”

Fourth, the evidence in criminal trials will more than occasionally include handguns. Taken at face value, the ban would preclude prosecutors from handling the evidence in their own cases. Even if the policy has an unwritten evidentiary exception, how does it increase safety or credibility for prosecutors to be forbidden from handling handguns in their personal capacity, when their jobs may require them to do so in a room full of people during highly charged court proceedings? Is Singas suggesting that the only safe place for a prosecutor to handle a gun is in a courtroom?

Fifth, New York is already a virtual gun controller’s Utopia, particularly with respect to handguns. It has the dubious distinction of an “A-“ rating from both the antigun Law Center to Prevent Gun Violence and the Brady Campaign. Brady itself rates it as among the five U.S. states with the strictest gun control. It has handgun licensing (including mandatory background checks) and registration. The licensing process can result in a de facto waiting period of six months. Licenses in Nassau County are also subject to summary cancellation. Magazines are limited to a capacity of 10 rounds. State officials are authorized to impose design standards for handguns. Concealed carry permits are issued on a discretionary basis. Private sales of all guns are banned. And the list continues. Given this, it’s clear that the policy can only be based on a belief that handguns cannot be “safely” and “comfortably” possessed by anyone under any circumstances.

Presumably, Acting District Attorney Singas knows that the Second Amendment protects the individual right to keep and bear arms and that the U.S. Supreme Court has held it specifically applies to handguns. She also must realize that her office’s purported justifications are farcical to any thinking person. The irony of denying those who are supposed to serve the ends of justice of their most basic rights needs no further elaboration. It also goes without saying that if she tried to impose similar restraints with regard to other basic rights – for example, denying employment based on perceived “comfort” issues with a person’s religion or lack of religion – she would be facing civil rights litigation herself.

The only plausible explanation is that the policy serves as a litmus test to allow Singas to purge her office of social or political views that she finds objectionable and to advance her own perceived political standing. One can only imagine, however, the negative fallout if one of her employees were to suffer victimization that could have been prevented with the proper tools of self-defense. That anybody who regularly deals with the criminal element would subject others to that risk not only shows bad judgment, it shows a disregard for the rights and safety of others that should disqualify a person from any public employment, much less in a law enforcement field.

Volokh notes, with professorial understatement, that the Nassau County District Attorney’s Office provides a “pretty good example of just how anti-gun some government organizations are.” It also provides a pretty good example of what America could look like if Hillary Clinton or another anti-gun zealot were overseeing the U.S. Justice Department and appointing Supreme Court justices. We have said it before and we will say it again. Choose wisely, America. Choose wisely.

When Anti-Gunners Say "Gun Safety," They Don't Mean It 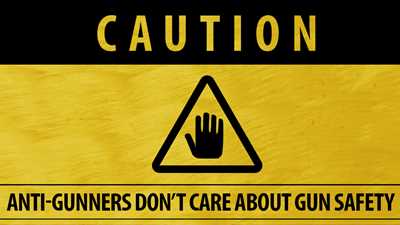