California: Proposed Mandatory Storage Ordinance in the City of Los Angeles Waiting for a Hearing 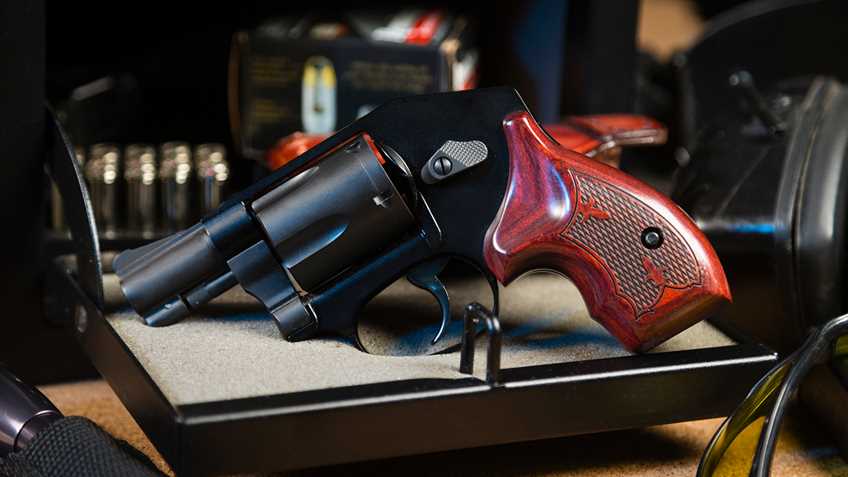 Proposed anti-gun ordinance, Council File 14-1553, was amended and passed by the Los Angeles City Council on Tuesday, August 4. As originally written, this ineffective ordinance would require handguns located in a residence to be kept in a locked container or disabled with a trigger lock unless carried on the person or under the control of a peace officer. On Tuesday, the Council amended the ordinance to also exempt handguns “within close enough proximity and control that the owner can readily retrieve and use the handgun as if carried on the person.”

This added amendment fails to define “within close enough proximity and control,” which could potentially ensnare unknowing gun owners. And it exempts only the “owner” of the firearm, thereby prohibiting spouses, family members, or other responsible adults from possessing firearms in the home if they are not the actual owner of the firearm.

This ineffective ordinance has little to do with making children safer.  The NRA believes education is the way to further reduce firearm-related accidents. Nationwide, NRA`s 115,000 Certified Instructors and 13,000 Law Enforcement Instructors reach over one million individuals. Separately, NRA`s award-winning "Eddie Eagle GunSafe®" education program for children in grades pre-K through 6th grade is used by more than 26,000 schools, law enforcement agencies, and civic groups to reach more than 27 million children since 1988.

California already provides penalties for reckless endangerment, under which an adult found grossly negligent in the storage of a firearm under certain circumstances can be prosecuted for a felony offense.

Trigger locks and other such devices can fail.

Trigger locks do not make firearms foolproof and are not substitutes for safe firearms handling practices, dictated by longstanding safety rules. Reliance on devices, rather than safety rules, can instill a false sense of security that can lead to problems when a device-less firearm is encountered.

In an emergency, a trigger lock can handicap a person who needs a gun for protection.

Firearms kept for personal protection may be better stored ready for use in self-defense situations. Some trigger lock manufacturers recommend that their products not be used on loaded firearms.

Compliance with storage laws is not likely.

Irresponsible people and criminals would not obey or pay attention to this flawed ordinance.

Enforcement of a storage law could lead to abuses of civil liberties.

Enforcement of a storage law could lead to searches of homes in violation of Fourth Amendment protections. Additionally, arbitrary storage requirements might be imposed.  Many American gun owners and civil libertarians are familiar with the British experience with mandatory storage laws and don`t want to see history repeat itself here. Dating back to the 17th Century, the right to keep and bear arms had been a proud tradition in Britain, but passage of the Firearms Act of 1920 shattered that heritage.  Suddenly, citizens could possess rifles and pistols only if they could prove they had "good reason" for receiving a police permit--a "firearms certificate." Self-defense, at that time, was considered a "good reason."

In 1936, British police began adding the following requirement for firearms certificates: "The firearms and ammunition to which this certificate relates must at all times when not in actual use be kept in a secure place with a view to preventing access to them by unauthorized persons." Today, in Britain, self-defense is no longer an accepted "good reason" for owning a gun (a dangerously absurd notion that the organization formerly known as Handgun Control, Inc. pushes in this country). In some areas, police will neither issue nor renew a firearms or shotgun (added in 1989) certificate without first conducting an in-home visit to ensure that their standards for safe storage are being met. There is no legal authority for these inspections, but if a gun owner refuses to open his door to the police, his certificate is not approved.  In many jurisdictions police not only require gun safes, but arbitrarily change the standards for those safes. In many districts, an acceptable safe is one that can withstand a half-hour attack by a burglar possessing a full set of safe-cracking tools. Finally, enforcement of a storage law would divert police from crime-fighting duties.

Today, fatal firearm accidents are at an all-time low.

While the number of privately owned firearms has risen annually, the annual number of fatal firearm accidents has declined by 95% since 1904.

At the end of the day, it comes down to the fact that all households are different and have different needs. This reckless ordinance encompasses every home, not only those with young children residing in them. This one-size-fits-all approach is a solution to a non-existent problem and is both over-reaching and not based on fact.

The only people who will be affected by this misguided, anti-gun ordinance are the law-abiding gun owners whose Second Amendment rights and inherent right to self-defense are being infringed by them.

The NRA is working hard in California to fight for you in Sacramento, in cities and counties across the state, in regulatory agencies, and in the courts.  Please help us fight for your right to choose to own a gun for sport, or to defend yourself and your family.   You can support our pro-Second Amendment efforts in California by donating to NRA Legal Action Project.  All donations will be spent to specifically benefit California gun owners.

Second Amendment supporters should be careful about supporting litigation or other efforts promised by other individuals and groups that lack the experience, resources, skill, or legal talent to be successful.  The NRA’s national team of highly regarded civil rights attorneys, legislative advocates, and scholars has the experience, resources, skill and expertise needed to maximize the potential for victory in California’s often hostile political environments.

For a summary of some of the many actions the NRA has taken on behalf of California gun owners, including the Peruta case, click here.